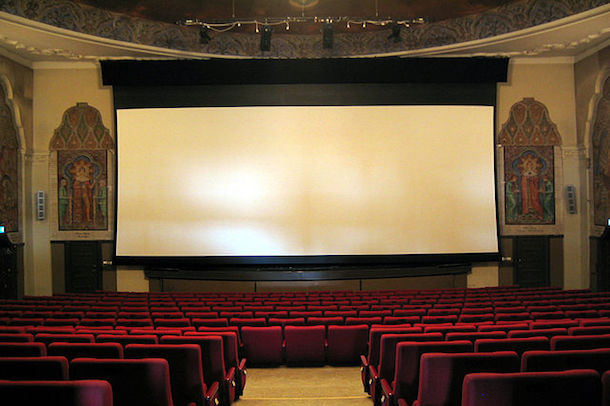 The lives of great writers have often fascinated and intrigued readers all around the world. Biographies, autobiographies and dramas about small and great authors have been proliferating since a long time. In recent years, the world of cinema has taken increasingly greater attention to the portrayal of the lives of writers, especially those who wrote classics.

This is the first part of a small selection of films about the lives of some great Western writers of the last two hundred years.

Directed by Brian Gilbert and interpreted by Stephen Fry as Oscar Wilde and Jude Law as Lord Alfred Douglas also known as Bosie, Wilde’s lover, the film is focused on the private lives of the characters. It tells the story of how Oscar Wilde, already a famous author in London, reached the success as a writer and playwright but also of how he fell into disgrace because of his homosexuality which caused him, after a trial, a sentence to hard labour for two years. The film was nominated to the Golden Globe Awards for Fry’s interpretation of Wilde and won the Golden Space Needle Award for Best Actor and the Ivor Novello Award for Best Score.

Sylvia tells the troubled love story between American poet, Sylvia Plath, and British poet, Ted Hughes. The film begins in 1955 in England, at Cambridge University where Plath attended courses thanks to a Fulbright scholarship and where, the following year, she met Hughes. It covers almost the whole of their relationship between infidelities and betrayals, moments of great creativity and despair in which Gwyneth Paltrow as Sylvia Plath and Daniel Craig as Ted Hughes create a surge of emotions culminating in the last scenes of the film. Although the film and its production enraged Frieda Hughes, Plath and Hughes’ daughter, it is worth watching because, rather than providing Plath’s readers and viewers with clear answers on her life, it arises curiosity about her figure as a poet and as a woman.

Multi-awarded, especially for Philip Seymour Hoffmann’s interpretation of Truman Capote, this film is a must-see for the lovers of American literature. It follows the whole process of Capote’s writing of his most celebrated and famous book, In Cold Blood, a book which deeply influenced the future generations of both writers and journalists. The story is told from the beginning, when Capote first read in The New York Times about the murderous death of an entire family in the countryside of Kansas, the chronicle which would become the germ of In Cold Blood. Accompanied by his friend and future author of To Kill a Mocking Bird, Nell Harper Lee, Capote travels from New York to Kansas to interview anyone, directly or indirectly, involved in the murder of the family. Beautifully interpreted both by Hoffmann and Catherine Keener (Harper Lee), this film is not only about how a great writer crafted one of the greatest books of contemporary literature creating a whole new genre, but it is also a film about human sympathy and the friendship bond between a successful author, Capote, and a convict suspected of murder, Perry Smith.

Featuring a prestigious cast – Keira Knightley, Sienna Miller, Matthew Rhys and Cillian Murphy –, The Edge of Love is a story of love, women friendship and betrayal and is freely inspired by the book Dylan Thomas: A Farm, Two Mansions and a Bungalow by David N. Thomas. Set in a London bombed by the Germans during World War II, the film tells the story of how the Welsh poet Dylan Thomas met the singer Vera Phillips and fell in love with her. Nonetheless, the poet was married with Caitlin, who accepted her husband’s infidelity and became friend with Vera. This is only the beginning of a web of relationships whose boundaries blend and blur continuously between love and jealousy, rivalry and friendship. Despite the film is not properly concentrated on the figure of Dylan Thomas, it is worth watching for the actors interpretations and the way in which the relationships among the characters are built.

Directed by Jane Campion and starring one of the best British actors of our times, Ben Whishaw as Keats, the film

looks at John Keats from the viewpoint of Fanny Brawne, in the same way that Percy Adlon’s remarkable Céleste looked at Proust through the eyes of his dedicated housekeeper.

Campion focuses on Keats creativity: as a matter of fact parts of his poems are read by the characters and we see him and his friend and poet, Charles Brown, trying to find inspiration to write helping the viewer plunge into the world of poetry. Moreover, Keats gives Fanny lessons on poetry writing, explaining to her and the viewers his own poetics and the process which characterises his own way of writing. Bright Star is perhaps one of the best films about a great author because it perfectly mixes and balances Keats and Fanny Brawne’s love story and his development as a poet.

See you next week for the second part of the selection of Great Authors on Screen. Meanwhile, go and watch these first five films!

You can read the second part here.