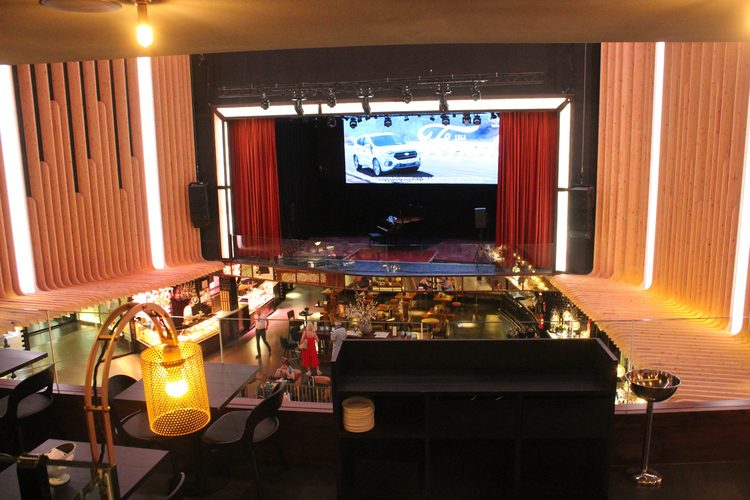 The Cinephile’s Guide to Madrid

Anyone with a genuine passion for film knows how exciting it can be to discover what a city has to offer in terms of cinema. Madrid has a number of compelling places films lovers can visit, from charming theaters to an extravagant restaurant.

Recommended for: Anyone who wants to walk along a renovated, artistic path and see a theater unlike any you’ve likely encountered before. 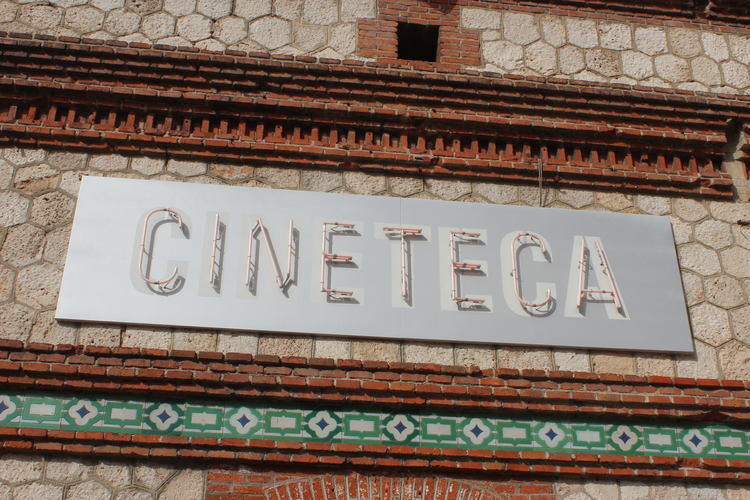 Now known as Matedero Madrid, this former slaughterhouse has been transformed into a space for art, food and cinema. It’s a great place to visit due to the architecture and calm atmosphere.  In the summer, it’s even possible to view movies outside in the surrounding plaza. Cineteca is located near the entrance to Matedero Madrid. This beautiful, intimate theater plays films ranging from old to new. Numerous genres of international films are featured in the program, ensuring that there is something of interest there for every film lover. Stepping into Cineteca is an experience itself — you’ll be enthralled by its elegant lights and serene ambience.

Recommended for: Those who appreciate being surrounded by others while watching a movie. 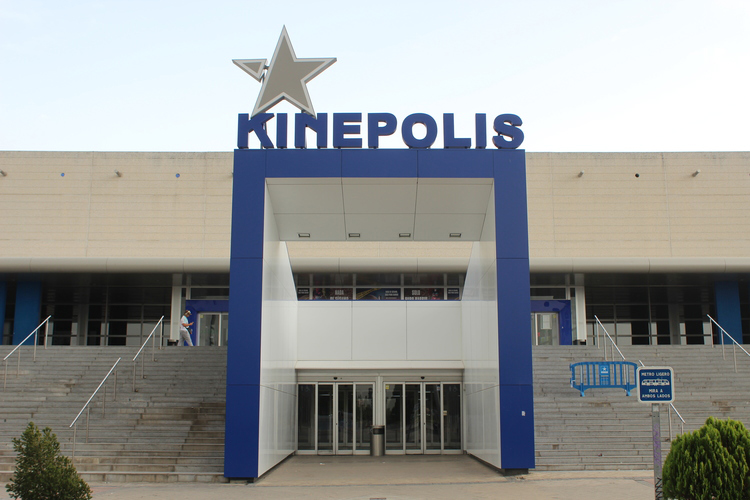 Upon arriving at Kinépolis, you’ll be amazed that such a large building could be the home of a single movie theater. In English, Ciudad de la Imagen translates to “City of the Image”, and it appears to be named this way for a reason: this theater could hold the population of an entire town! Kinépolis has 25 rooms with over 9,000 seats total. It is also equipped with 4DX, which is a step above 3D in that it includes physical immersion such as wind, rain and movement. These extremely large rooms create an atmosphere unparalleled by most others. Movies aren’t the only reason to spend time in this gigantic building — there is an array of restaurants inside Kinépolis, making the time spent here even better.

Recommended for: Whoever is interested in seeing how perfectly the aesthetic of a movie theater works for a glamorous dining experience. 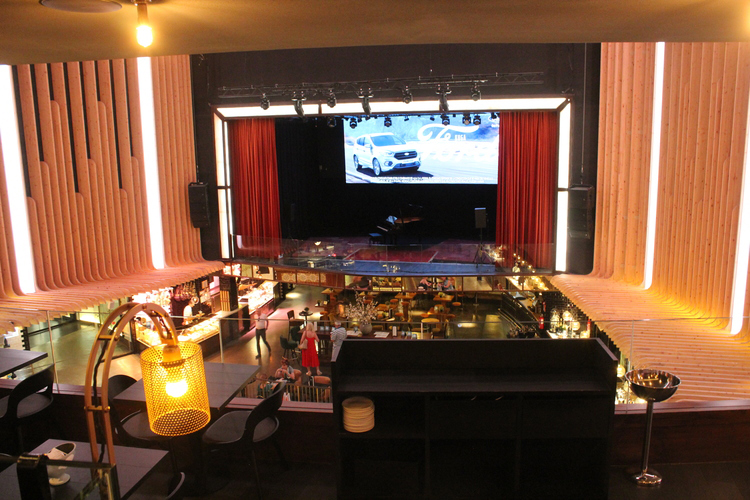 A restaurant may not be an expected addition to a cinephile’s itinerary, but Platea Madrid is surprisingly relevant. This enchanting restaurant is located in a former movie theater. The layout of Platea Madrid is certainly unique, taking up two floors which each allow the screen to be the center of attention. It’s a restaurant worth visiting even aside from this cinematic aspect; Michelin-starred chefs create amazing, diverse food from around the world. What was previously a theater screen is now often used as a stage for musical artists, so you’ll be able to enjoy a different type of show while eating incredible food.

Recommended for: Lovers of classic film who want a simple night in an elegant theater. 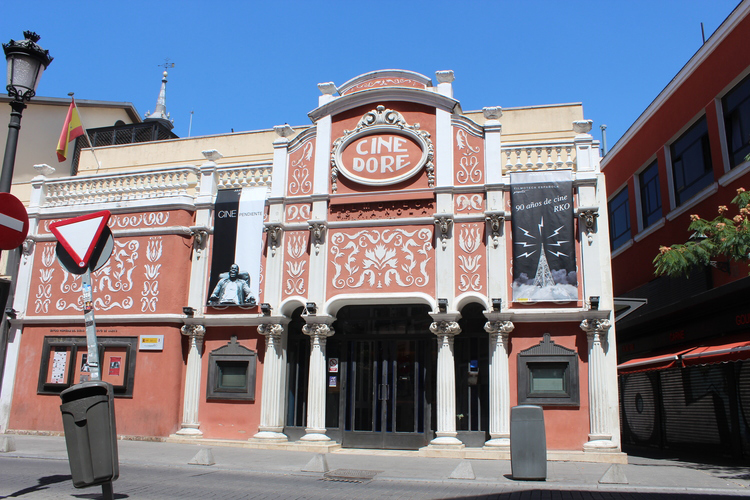 The walk to this theater is captivating. It’s encompassed by colorful neighborhoods and welcoming restaurants. The theater itself is what you would expect from a small, artistic space. The seats are all at equal elevation on the ground with a small balcony above. Cine Doré is a relaxing place. Tickets are affordable and there is an interesting assortment of movies, some of which are influential classic films. This building also has a large archive of all printed documents relating to Spanish film, such as essays, books, magazines and monographs.

Recommended for: Visitors who want to have an engaging semi-American adventure in Madrid. 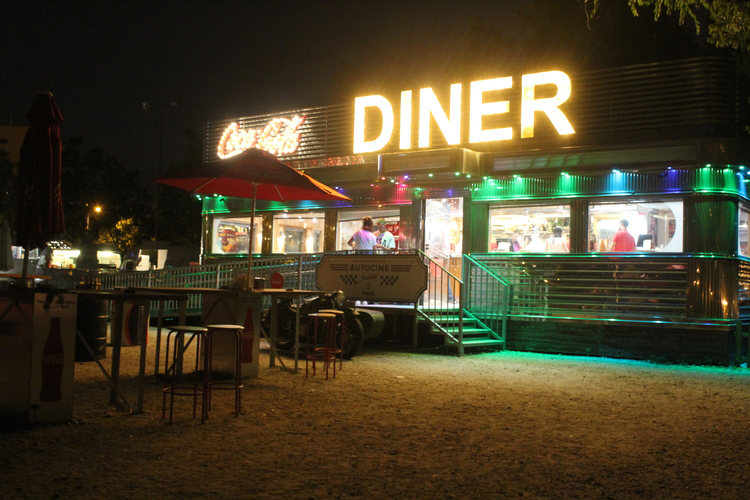 Drive-in theaters always give viewers a much different experience than typical cinemas and Autocine Madrid is no exception. It shows one film a week every night at the same time, so it’s dependable but still ever-changing. It has a lot of room for viewers and is able to hold 350 cars as well as 160 seats for those who want to see the movie outside of their car. In true American fashion (the home of drive-in theaters) a diner offers various classic cuisine to viewers. Food trucks also have a myriad of options at this location. It’s a large space that manages to be somehow calming

Recommended for: People who respect the humanity in cinema. 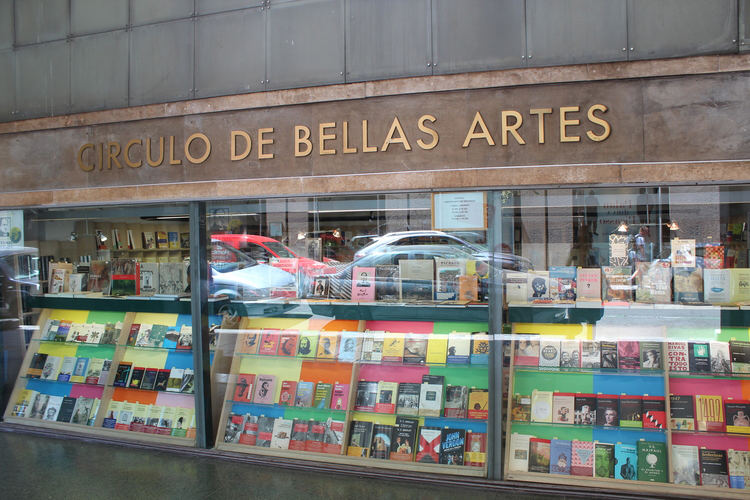 If you value film for its ability to express what it means to be human, Círculo de Bellas Artes is an important addition to your trip. It’s a large, studious building which has a rooftop terrace that provides a stunning view of Madrid. This cultural center is home to an array of movie exhibitions and festivals. This is the type of place that encourages knowledge and compassion. Manuel Asín, the film programmer for Círculo de Bellas Artes, says that events held at this center are meant to encourage creativity and experimentation. The festivals here are eclectic, often showing non-commercial films that lack good distribution. Classics and contemporary films are both relevant here. Asín states that allowing young people to discover films is a crucial part of the programs at Círculo de Bellas Artes.

Recommended for: Any artist who enjoys intriguing art and film. 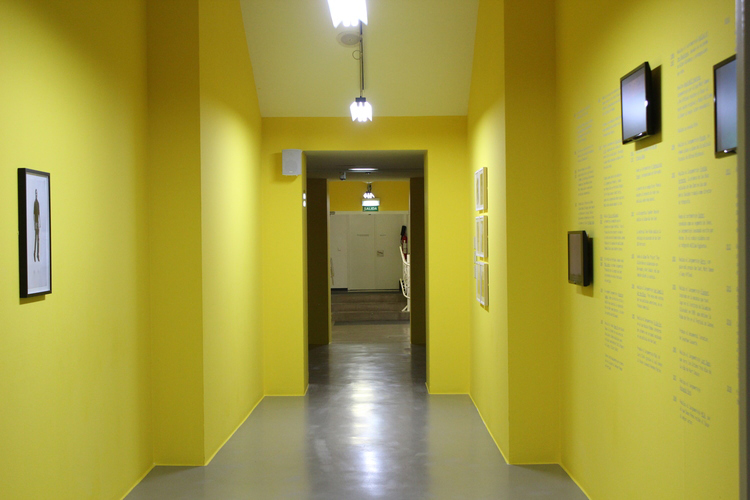 La Casa Encendida has a lighthearted yet humble vibe. Filled with primary colors inside and out, this building invites each viewer to consider the lively, thought-provoking art it holds. This cultural center is a special place devoted to every type of art, including film. “The audiovisual program of La Casa Encendida has always wanted to offer the widest possible panorama of the different tendencies of the 21st century, as well as to make accessible works that did not reach the halls or by other means to the citizen,” says  María Benítez. “Therefore, from the beginning it has presented regular and stable cycles of contemporary cinema.” Concerts, performances and conferences take place here. It features exhibitions which change throughout the year and can focus on anything from painters to filmmakers. Benítez describes La Casa Encendida as “A cultural centre with a stellar reputation and an avant-garde spirit that offers activities in the fields of the visual and performing arts, music, literature and cinema to support and encourage civic participation in the creation, promotion and comprehension of contemporary culture.”

Features: Decent prices with many screens