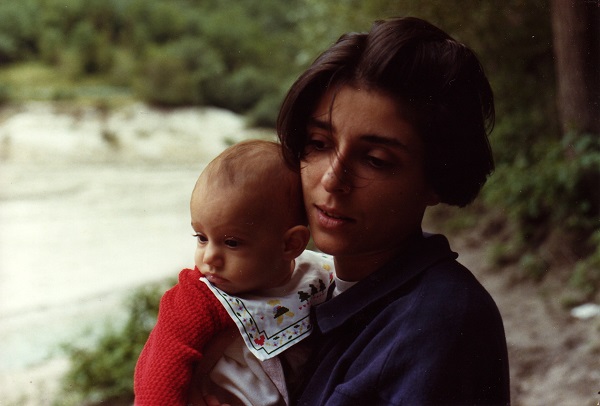 Italy has undergone many changes in the field of work. With the “Jobs Act”, young and less young workers have been attending increasingly deep precarious conditions of work, as the abolition of the 18th article of the Italian Workers’ Statute which provided the re-integration of a worker who underwent unjustified dismissal, and had to accept the axiom of flexibility which suggests that a stable job is no longer possible in an ever-changing job market. Therefore, what are the Italian unions doing to tackle such problems and to try to stabilise the situation? What are they doing for the most precarious category of workers, the precarious youngsters? We asked Giuliana Ciardelli, union representative for CISL since 1998. She works for Crich, a small Italian food firm which has endured the shakes of the global economic crisis.

Generally speaking, how is the environment in which you work?
Giuliana Ciardelli: The environment in which I’ve been working for many years now is positive. The relationship among workers at Crich is of great respect and collaboration and in many cases it is of affection: many of us grew up together. Furthermore, there is a quite good integration between younger and older workers: we learnt to understand each other.

Are there many young people working for Crich?

Yes, recently the percentage of young people has exceeded the number of those belonging to the older generation.

As trade union representative, how do you judge the relationship between young workers and their superiors, what is the young workers’ behaviours?

In my experience youngsters struggle to recognise the authority, therefore they tend not to respect the hierarchy, they tend to do things on their own and sometimes this might be dangerous. Actually, the only authority to which they feel subordinated is that of the Director General. They should learn to listen to advice more, their ideas are extremely important as youngsters have a new take on things, but these ideas should be communicated before being actualised.

Is the trade union, in your case CISL, working hard and making an effort to approach the new generations who are now entering the working system in a moment of economic crisis?

Unfortunately no and in general the Italian unions are doing very little and have many problems in dealing with this. The first aspect to consider is that the union management is, let’s say, old itself, in the sense that they can’t totally understand the problems and dynamics of the young work world.

The second is that after the explosion of the economic crisis, in my experience, unions have underestimated that particular category of precarious interim workers, those who most needed to be protected. In fact unions have been focusing their interest only on the registered members who already benefit of an open-ended contract. Now that the bubble of the crisis has exploded with an overwhelming strength, the direct result is that unions have fallen behind and, on the other hand, young workers haven’t been able to mature a certain trust towards them.

A good solution might be a progressive rejuvenation and renovation of the management.

So young workers do not respond well to trade unions?

There is no trust and attraction for youngsters towards unions and, in this case, this might generate a radicalisation of the gap between generations.

When there is one, which is the relationship between young workers and the union?

Recently, many young workers have started to join our meetings, this is a sign that they are interested in what we are doing to improve our working conditions, but still the distance between them and the union is too great and most of them decide not to become members. At Crich there is only one case of a young man registered at CISL: it is clear that this is too little a step to a real renovation.
I remember that, when the first wave of young employed arrived at Crich in 1985, the first thing they did was to register at a union. On the contrary, today youngsters tend to solve their problems by themselves because they don’t feel represented and at the same time, because of the precarious conditions of the job market, they are afraid to be sacked.

From your answers, it appears that on the one side young workers don’t feel represented by the union and therefore rebel against it by not joining it, on the other side it seems that nowadays joining a trade union almost means an act of rebellion against the hierarchy which usually rules an industrial reality. This appears as a sign of moving back in time, instead of moving forward, to those early days in which only the bravest joined the unions while all the others were terrified by a possible retaliation of the management?

Yes, this is a good summary of the contradictory situation we are living today.

Is there a good recipe for a constructive relationship between unions and young workers in the today Italian working landscape, in which, as many think, a stable work no longer exists and young workers have to accustom themselves to the so-called flexibility?

A balance between total stability and extreme flexibility is needed. And a greater openness of the Italian unions towards renovation and change: they should address their attention towards the young generations and attract them with new suitable formulas and they must defend and represent the precarious workers who today are almost completely abandoned.

Giuliana Ciardelli has been working for Crich for 35 years, since 1980, and has been CILS representative of the workers of her firm since 1998. For her the most important and basic principle of her work as a union representative is that if the workers have the possibility to constantly improve their conditions inside a firm, it is the firm itself which will first benefit of it.