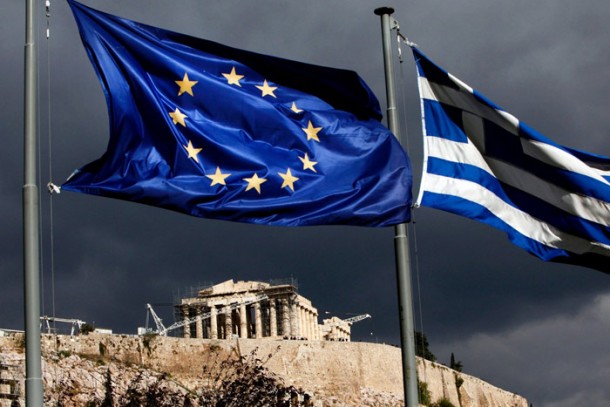 The “Greek crisis” has dominated European media lately. Although the economic implications of what has been dubbed a “Grexit” have led to a proliferation of headlines about the crisis, the reality has only half-materialized for Greek citizens. The economics weight of the situation is palpable, which has overshadowed Alexis Tsipras’ promise to keep Greece part of the Eurozone. This was a cardinal feature of his election campaign that led to his reelection (with SYRIZA) in 2015.

Reading the Greek government has become increasingly difficult over the past several years. Why? It has taken the country from growth trajectories to recession. Capital controls are now in place and the government has forced its people to choose one of two paths. The government is moving toward handing-out IOUs (impossible to deliver on) to its people. Indeed, Greeks have been strung along by their government and now examine their financial situations on a daily (perhaps even hourly) basis. A set amount of Euro today can be drastically different tomorrow. It is no exaggeration to say that the Tsipras government entirely sidelined European Union (EU) options to initiate further talks with its referendum decision.

Where does Greece stand? Greece is in an awkward and dangerous balancing act. Greece is remains in the Eurozone but is just short of falling off the financial cliff, and without delivering on its responsibilities to work with EU players to find a solution. Greece’s vocal “no” only presents the immediate possibility that parties will return to the bargaining table. A major problem is the failure of the Tsipras government to listen to the wake-up calls. There is lots of time for Greece. The market sees Greece for what it is – a debt that is out of control and a downgraded country with falling (i.e., correcting) prices, and eventually stabilization.

Greece’s gross domestic product (GDP) exceeded 241B USD in 2013 and averaged just over 1B USD from 1960 until 2013. Its high point was 2008. Greece’s GDP growth rate is expected to fall in the coming year but change measurably from where it now sits. The GDP per capita purchasing power parity (PPP) in Greece has not been a horror story. Its average was recorded at just over 25K USD from 1990 until 2013. 2007 was the high tide of its GDP per capita PPP – exceeding 31K USD or 50% higher than it was in 1993. Since the Euro crisis hit much of Europe, German exports to Greece have sharply declined. By 2013, even after growth was observed in Greece, German investments touch on 4.7B Euros – a 41% decline since 2008. In 2014, the Greek economy also experienced growth.

Investments have turned back to 2001 numbers. German investments have been used to indicate the direction of European equities and established fears that countries with investments in Greece will have much to lose if Greece leaves the Eurozone. In the past, the pan-European STOXX 600 index reported lower closing numbers like the French CAC and the German DAX. London’s FTSE 100 offered better closing numbers, leading many to speculate about the relative immunity of the United Kingdom (UK) and its investments in Greece.

The UK is not immune to the crisis or to “Grexit.” The Greek economy impacts the European economy’s direction, which in turn impacts the UK’s economy. Despite a comparatively low level of exposure of UK banks to Greece, UK exposure to the Eurozone is considerable. The Greek government’s capital controls and bank holidays have led to a fluid situation. In the wake of pensioners trying to access thousands of financial branches around Greece, UK politicians are working to assure UK citizens that their exposure was low. Contingency plans are being drawn-up within the UK and around Europe.

Although talks between the European and Greeks completely broke down about over a week ago, Europeans and Greeks are sticking to their positions. Although Euclid Tsakalotos, a Greek negotiator, stated that an agreement with creditors could be realized quite soon. Difficulties lie further still between government pressures on Greeks to vote “yes” in the face of the overwhelming “no” sentiment. If Greece were to vote “yes,” it could provide the necessary room for restructuring. If fear in the referendum itself failed to provide the necessary motivation or willingness to rebuild the country, then departure from the Eurozone could. European would have to cut their losses.

For some European countries, Greece represents about 3-4% of the economy. Whether or not this is significant or not is a matter of opinion for those who believe deeply in the ideals of a common market and the relationship between Greece and the European Commission (the so-called Troika), and for those who see the importance of drawing a line in the sand and protecting the economic interests and welfare of European states. Greece is important given its geopolitical location – a “door” to Europe and critical military asset to the EU. Russia’s willingness to step-up its game in that part of Europe is reason-enough for the EU to take note of its interests.

How uncertain is the situation for Greece? In theory, it should be but it is not. The Greeks will be “lucky” once again just as they were during their accession to the EU (1981) and to the Eurozone (2001). The other 17 EU member states are still far from willing to see a member states leave the currency (a poor political signal). Less attention has been placed on the fragility of states that have been given the unfair sobriquet “PIIGS” – Portugal, Italy, Ireland, and Spain. These economies are still very delicate. Overall, Greece has the ability to recover on its own and to see future growth and prosperity. Even the “no” vote could move financial markets in the right direction