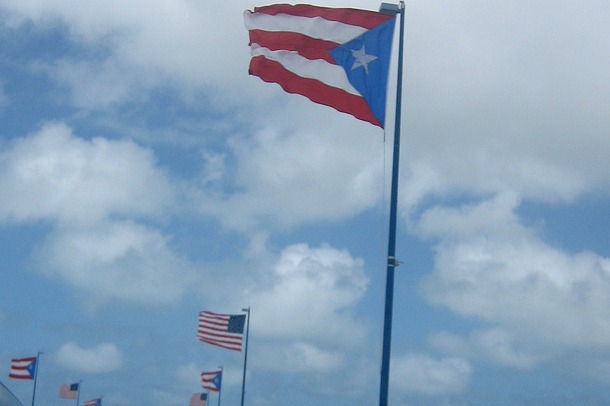 New Law Shows That Puerto Rico Really is US Colony

In a recent ceremony in the Oval Office, U.S. President Barack Obama signed into law the long awaited Puerto Rico Oversight Management and Economic Stability Act (PROMESA, the Spanish word for ‘promise’), designed to relieve Puerto Rico’s stifling debt burden but has also served to highlight the colonial nature of the Caribbean island’s relationship with the United States.

The U.S. took control of Spanish colonial possession Puerto Rico, Cuba and the Philippines after victory in the Spanish-American war in 1898. Since then, Puerto Rico has been a ‘Commonwealth’ of the US, a vague somewhere between a state (its laws and governing institutions mirror those of the 50 states) and a colony (residents of Puerto Rico have no vote in Presidential elections, even though laws made in D.C apply to them). Almost all political choices on the island have historically been seen through the prism of the island’s political status, with residents fiercely divided over how Puerto Rico’s future relationship with the U.S. should look.

The law imposes a moratorium on litigation brought by Puerto Rican bondholders against the island’s government for failure to maintain its debt repayments. These bondholders include so called ‘vulture funds’, as well as middle-class boricuas (the pre-Colombian name for residents of Puerto Rico).

Yet the debt-moratorium comes with some hefty strings attached. PROMESA provides for the creation of a federally-appointed Board of Control that will take over the territory’s finances, in effect a new government that will be above the democratically elected government of Garcia Padilla.

A seismic shift in the Commonwealth’s relationship with the United States, the imposition of the board has highlighted what many on the island already knew, that Puerto Rico is an American colony.

Speaking outside the Puerto Rican Congress building where a protest was taking place against the arrival of the Board of Control, José Rivera Santana, spokesman for the Puerto Rican Grouping against the Federal Board of Fiscal Control, told local press that the board represents “a colonial government, crude and direct” and that it is “openly undemocratic”.

Yet some are more circumspect about the new law. Farmer and businessman Juan Santiago Rodriguez is one of many on the island who blames Puerto Rico’s economic woes on the two main political parties, “they have proved over the last 30 years that they don’t understand what they are doing. They have been taking out loans to repay loans” he said in reference to the duopoly of the pro-statehood New Progresve Party (known as the PNP due to its Spanish initials), and Garcia Padilla’s pro-status quo People’s Democratic Party, or PPD.

Rodriguez is of the opinion that only a Board of Control – made up of Americans with little or no ties to Puerto Rico – will be neutral enough to enact the reform that Puerto Rico’s economy so desperately needs.

Yet Santiago Rodriguez is far from convinced by PROMESA. When asked whether anyone on the island has an idea as to who will be making up the Board, he declared with a sigh of resignation that “we are all just waiting to see who Obama appoints”.

Reports from Washington seems to indicate that at most one Puerto Rican will be appointed to the Board, a fact that would leave the pseudo-government “the power to decide the future but [not] responsibility for their decisions”. The Board will be free to undertake severe austerity measures, and it is considered almost inevitable on the island that it will slash corporation tax and the minimum wage for young people.

The United States Congress has in effect taken over the running of Puerto Rico and given it to an unelected Board of appointee, yet there has been relatively little protest from Puerto Ricans.

When asked what he thought about the incoming Board and the PROMESA law, Governor Garcia Padilla summed up the thought of many Puerto Ricans when he answered that “it intervenes unnecessarily in the democratic institutions of the Commonwealth and of course I do not like that, but there was no real choice”.