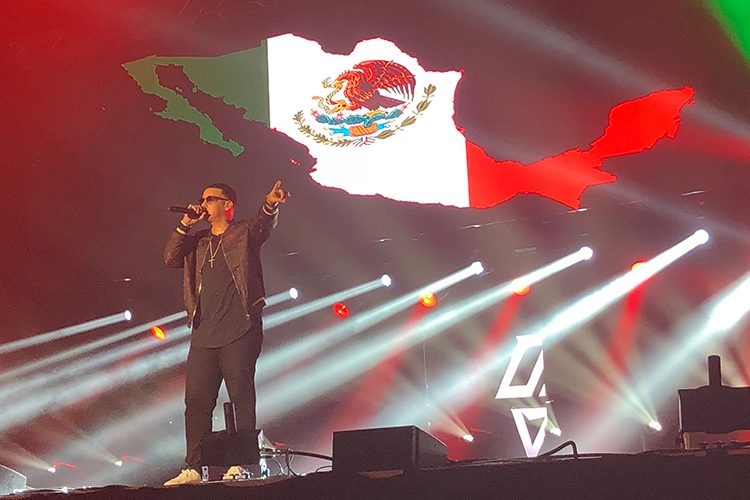 After twelve years, Daddy Yankee has finally made a comeback and surprised his fans with a tour. The “Gasolina” singer performed in Chicago on September 22nd, 2017, after a successful show in Brooklyn, New York.

The concert, held at the Aragon Ballroom, in Chicago’s Uptown neighborhood, was lively and had a diverse audience. The doors didn’t open until seven p.m., but fans were very prompt to arrive and wait for the artist, as he would be collecting goods to help the people of Puerto Rico after Hurricane Maria.

When Daddy Yankee finally took stage, fans screamed of joy, as this was his first appearance in Chi-town since 2005. His newest hits such as, “Despacito” and “La Rompe Corazones,” which features Ozuna, were definitely songs the younger crowd was excited for. 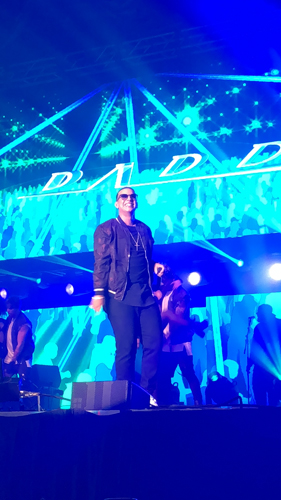 As expected, he also did his older crowd a favor and kicked it back with the older songs that jumpstarted his career. As soon as “Gasolina” started playing, the room lit up and the energy emanating is hard to describe in words. Yankee even had to stop performing for a while mid song and just absorb all the energy that was being given off from the crowd!

Humble and thankful, the concert wrapped up at approximately 11:30 p.m.; but before Yankee left, he gave a speech about how important it is for us as a society to help each other and give back to those in need.

Would be happy to help you bring the aid 🙏🏻 https://t.co/R42rWBTX7o

Fans appreciated his kind words, considering this had been his first tour in years. Yankee, who has donated $1 million in relief aid to Puerto Rico after Hurricane Maria, took the time to express that he is encouraging others to donate as well. To put things in perspective, “Hurricane Maria could be a $95 billion storm for Puerto Rico,” as CNN reports.

Since September 18th, 2017 to the present day, Yankee has also actively turned to social media, including his Twitter, Facebook and Instagram accounts, to help those in need.

Aside from his hometown in Puerto Rico, Yankee also made fans happy by discussing the situation in Mexico due to the earthquakes that have been occurring, and reiterated the importance of helping others.

Yankee is part of a series of celebs sending aid to Puerto Rico, including Jennifer Lopez, who together with ex-husband Marc Anthony and current boyfriend Alex Rodriguez, has also pledge $1 million, and “Rapper Pitbull, who comes from a Cuban family in Miami, sent his private plane to Puerto Rico to evacuate cancer patients to the U.S. to resume their chemotherapy,” as USA Today reports.

Puerto Rico encounters the major humanitarian crisis in our history. “Despacito” has received four nominations for the @latingrammys . Today I used this platform to raise awareness and to ask for help from global community. 🇵🇷🇵🇷

The hurricane season of 2017 has affected the Caribbean, especially Puerto Rico, but also Cuba and the coast of Florida (Miami).

The city of Havana, one of the locations of our Internship Seminar in Cuba, has been affected by hurricane Irma. Trinidad, the second location of our program, fortunately has not been affected by the hurricanes.

Havana is recovering and we want to be present. The January 2018 Internship Seminar includes five nights in Havana, and the economic support that RGNN provides to the Cuban families that we collaborate with, is now more necessary than ever.

You, too, can join us. Come with us to Cuba!