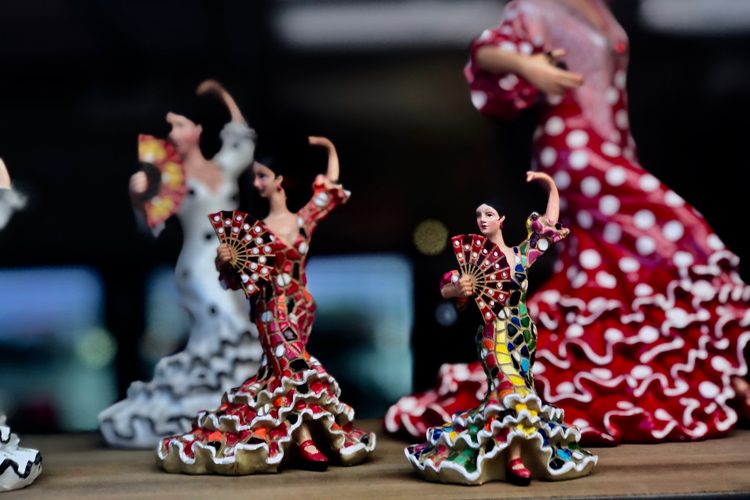 Slowly the five, six, seven, eight that had been ringing in my years for the past 13 years while learning dance became cinco, seis, siete, ocho as my hips swung to previously unknown beats and rhythms while I was twirling across the dark wooden floor. The instructor was leading me through a blur of steps and spins at Escuela de Baile D’angus dance school where I learned the bachata in Madrid. 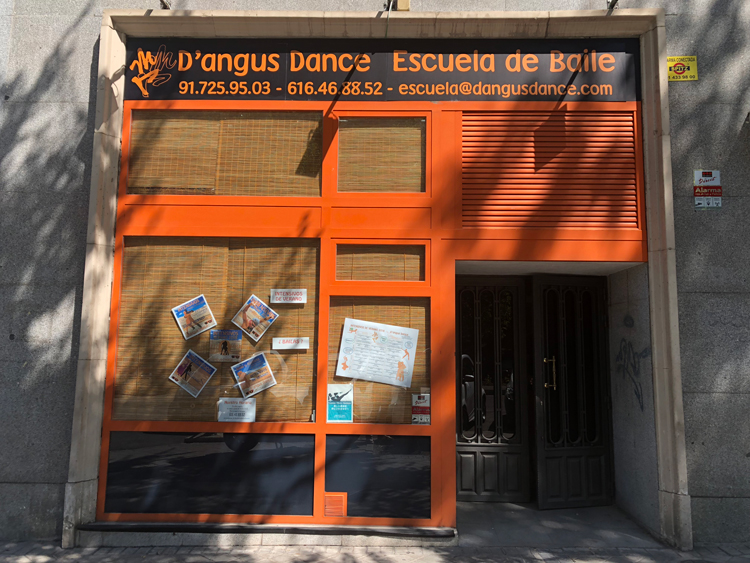 Bachata music, often featuring thrilling drums rolls and slow, beautiful lyrics, eased any fear I had of learning how to dance in an unknown country and dealing with the language barrier.

As the music vibrated through me, my confidence built and I began to hear key words that would let me know which step was next amidst the many unknown Spanish word and phrases the instructor called out through the booming bachata music. It was important to hear when the instructor says toque, which tells you to put only a toe down instead of a foot, lateral, meaning to go to the left or right, and dos manos, instructing you to turn with both hands instead of only one. 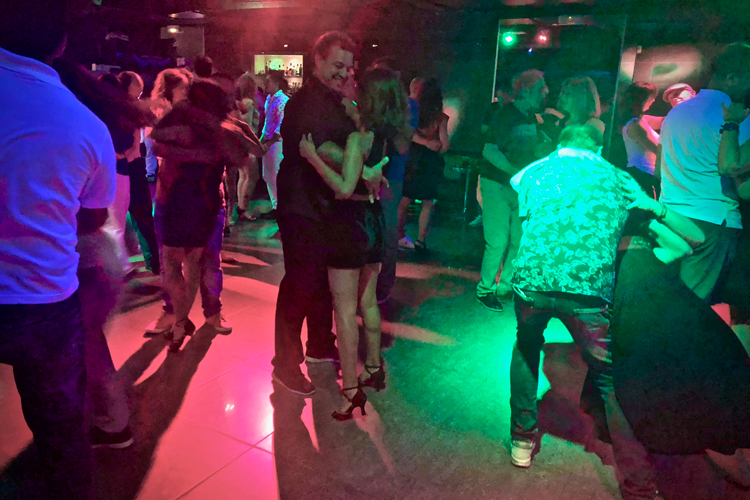 Bachata dancing inside a club in Madrid | Elyse Armstrong

Most importantly, I slowly opened up to the exciting and spontaneous side of learning bachata. I had to quickly adjust to follow unpredictable steps rather than the detailed, choreographed routines that I was used to learning during my career as a competitive dancer.

Alvaro Guerro, an experienced bachata dancer and customer service representative at a Spanish oil company states, “Bachata tastes different. It tastes much more sensual.” In the earliest years of bachata, it was considered only a dance of the promiscuous and those who danced bachata were ostracized by polite company. However, it evolved to be accepted and admired as an expression of love and sexuality that anyone can learn and enjoy.

I was empowered by learning the art of the bachata with Iñaki Lema, who has been teaching bachata for the past 24 years at Escuela de Baile D’angus. I was especially grateful for his small classes of six to eight people and the supportive environment in which I learned.

My classmates and the male partners with whom I danced treated me with the utmost respect and understanding as they accompanied me on my journey to cultural immersion. In fact, my first dance partner was Alvaro, who stumbled through the steps with me and kept me lighthearted and calm. It was not until he revealed his extensive dance history and more advanced steps that I realized that all his mistakes were made for the sake of making me feel more comfortable. 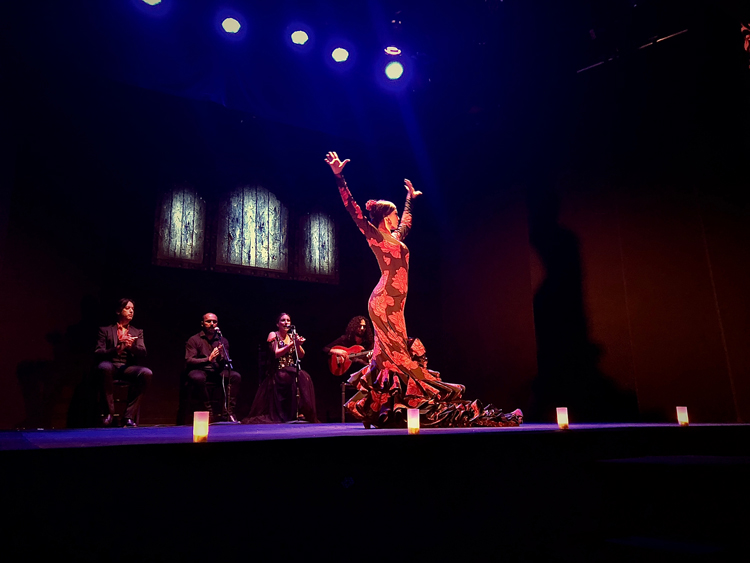 The next day, I further immersed myself in Spanish dance culture by attending the Teatro Flamenco Madrid where I witnessed a one-hour performance titled Emociones. Teatro Flamenco Madrid is the only venue in the city focused on the art of flamenco rather than a full-dining experience merely accompanied by flamenco dancing. The theater is at the forefront of this style of dance as it grows rapidly in popularity and becomes a widespread expression of emotion.

Flamenco began as the “dance of the poor”, according to Javier Andrade, the director of Teatro Flamenco Madrid. He explains how it is “the art of the oppressed influenced by the struggles of South Americans, the Jews, jazz musicians, and gypsies.” Like bachata, flamenco serves as a way for people to express their deepest desires and emotions in a world where they face discrimination. 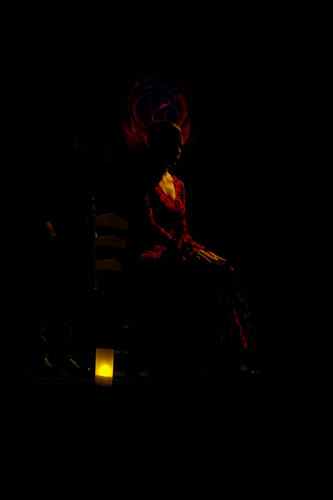 On the glorious stage decorated with candles along the curved front edge, a male dancer in all black with long dark hair courted a female dancer in a black dress covered in roses with a beautiful train of ruffles spilling out over the floor behind her.

The dancers performed with ferocity and sexuality as the performance told the story of a feuding relationship becoming healed. At the beginning, the woman sat silently in a Gothic wooden chair while the man stood over her looking at the crown of her head with deep discontent. She then stood and completed a compelling flamenco routine where she appeared to plead to the audience for peace and closure while establishing herself as powerful and confident authority.

Other performers, as well as the lead male dancer, lined the back of the stage clapping to create unique rhythms to accompany her movements. The performance concluded when the couple danced together accompanied by a female singer and male guitarist.

In merely two weeks and a total of four bachata classes and a flamenco performance, I was able to reestablish my passion for dance and relearn how to use my movements to express my sincerest emotions. 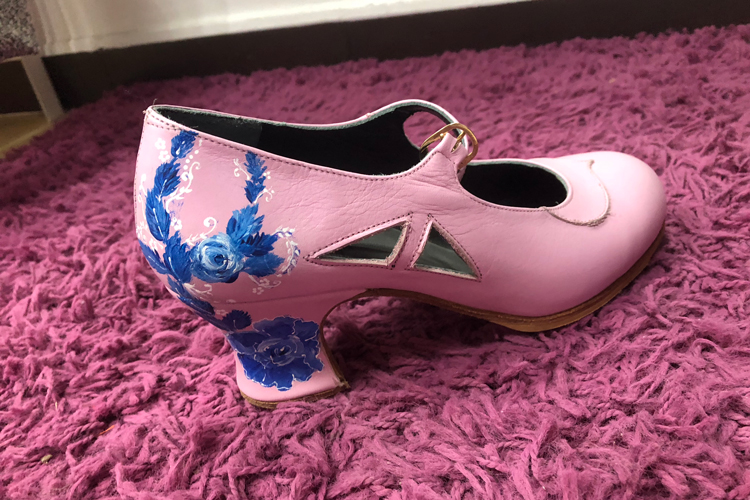 When I was 17 and completing my 13th year of contemporary, ballet, jazz, and hip-hop dancing, I was in a car accident and suffered from severe wrist and brain injuries and I had believed that my days as a dancer had come to an end. Learning the bachata and flamenco allowed me to reconnect to the sensuality and expressionism behind dancing without causing intense physical strain on my body. In addition, I was thrilled that my days of stepping on my Hispanic boyfriend’s toes as he tried to teach me how to bachata in his living room were over.

I recommend learning bachata and flamenco during a visit to Madrid in order to connect to Latin and Spanish culture on a more personal level while enjoying the universal experience of healing, sensuality and vulnerability that many people find in these dances.