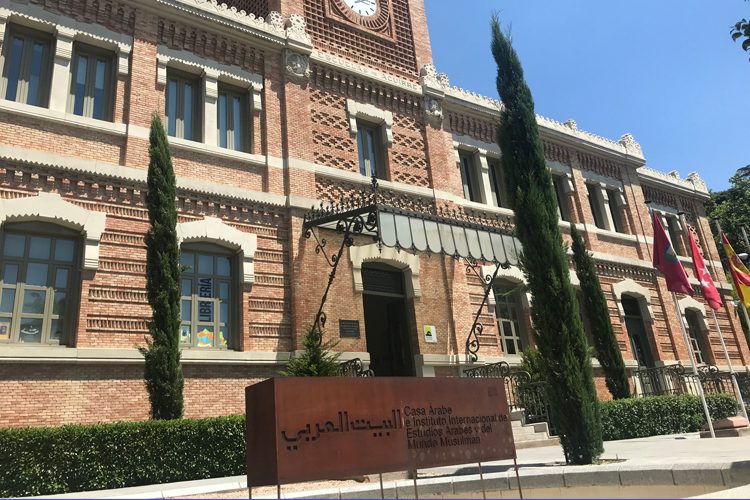 At first glance, the ancient Arab Wall (Muralla Arabe) of Madrid is not much to look at.  A crumbling, grey structure of stone blocks two meters high pierced by an arched doorway and located not far from the city center, the wall was built in the 9th century. And although the Arabs were pushed out of Spain 600 years ago, traces of their rich culture still remain in most of the country and now immigration has revitalized the Arab presence in the capital city.

One such example is the Casa Arabe, or the Arabic House, which was founded in 2006 and the main purpose of which is to enlighten people about Arabic culture through exhibitions and events.  Located near the city’s famous Retiro Park, it’s a great place to visit and impressive from the first step through the gate leading to the cultural center which is housed in a structure built in the mudejar style, which incorporates strong Muslim influences.

Primarily cultural and educational, the exhibitions and events currently include a series of conferences on the women of the southern Spanish region of Andalusia called “Nisaa Al-Andalus”, and an exhibit by Moroccan photographers, “In a Flash, Morocco”.

For younger visitors, there are regular exhibits on such subjects as archeology and history. Other attractions include a book store with volumes on the Arab world and Middle East in Spanish, English and Arabic, and an Arabic language school.

Culture and religion mix easily at the city’s Islamic Cultural Center which was opened with financial support from Saudi Arabia in 1992, 500 years after the Moors, or Arabs, were expelled from Spain by King Ferdinand and Queen Isabella. 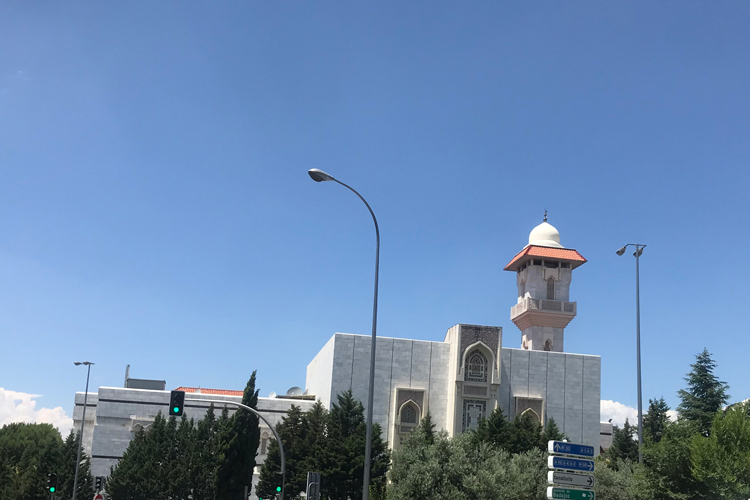 The largest mosque in Spain, it consists of six floors, a school, a library with Arabic, Spanish, and English books, exhibition rooms, a gym, residencies, a restaurant and a cafeteria.

“This center conducts cultural activities in which they enhance the Islamic values of the attendees. Furthermore, the mosque staff helps poor families in finding jobs and teach them handcrafts such as knitting for job purposes,” says Nawaf Routaybi, 28, a Saudi resident in Madrid.

According to Um Ahmad, a Muslim women living in Madrid, “the religion of Islam is very cultivated in Madrid and it gives an amazing picture of the religion in the region for people that have a wrong idea about Muslims. Everyone here is very peaceful and friendly. That’s what Islam is about, it’s about giving a hand to the needy and respecting everyone. That’s exactly what you can find here in Madrid.”

For another foray into Arabic culture in the Spanish capital, there are a number of Arab restaurants where one can indulge in the most delightful dishes from the Middle East and North Africa. 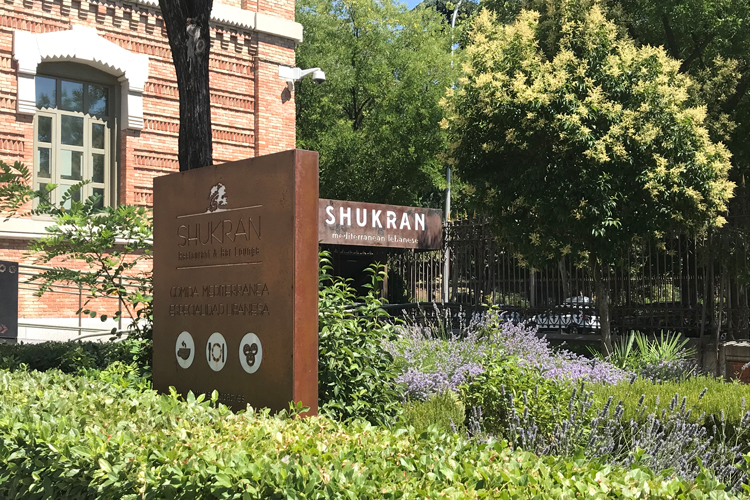 Located in the same building as Casa Arabe, Shukran is considered one of the best Lebanese restaurants in Madrid. Owned by a Lebanese family, the eatery is a very casual, yet somehow elegant spot for all occasions.  On a warm Madrid summer night, there are outdoor tables with cooling mist sprayers, and an indoor area when the weather is not as welcoming. “This place is great and I’ve been here a couple of times before. I love Lebanese food,” says Lebanese-Spaniard Ricardo Douaihi.

Unlike other restaurants, in a Lebanese restaurant people usually only order several kinds of side dishes called meza consisting of hummus, tabouleh, kebbeh, cheese rolls. If there is a large group, it is customary to add barbequed dishes such as sheesh tawouk, kafta, and meat.

For another take on Arabic cuisine,  the Restaurante El Mounia offers Moroccan cuisine which is very different from most cooking from the region. “I love the way this restaurant is designed. The menu although a bit expensive, is amazing. It is very family oriented. The color of the lightings is very soothing,” says diner Omar Al Bawab, 41, a Jordanian living in Madrid. Two of the recommended dishes here are cous–cous fassi and asado berbere.

Al Fanus is a Syrian restaurant serving up dishes which would make a Damascene gourmet smile with pleasure. It’s a very bright place with white, gold and pink color schemes and great for a date night.  Its menu del dia lunch special includes a starter, main dish, dessert, drink, Arab bread and mint tea, all for 21 euros.

Madrid is very rich in its variety of cultures and diversities and Arabic culture here is breathtaking and incredible. Make sure to visit these sites during your stay in Madrid to get a glimpse into Spain’s glorious Arabic past and its vibrant present.

The Islamic Cultural Center and Mosque