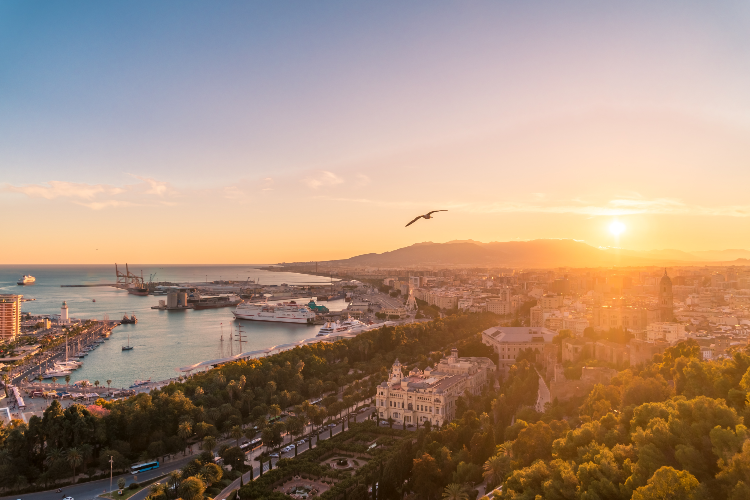 When traveling to Spain, or any country for that matter, it’s definitely a plus to learn some popular words and phrases that you’ll hear los españoles say on a daily basis. If you use these words, you’ll stand out less and feel more connected and assimilated into the place. Below are ten words and phrases that I have personally used and heard my Spanish friends say during my six months of studying/living in Madrid. They have come in handy for me, and I know they will for you too!

These two phrases are very commonly used and they basically just mean “how cool” or “that’s cool.” You can use these phrases in many different situations.

Example: If someone is performing on the street and you think it’s cool, you can say “¡Qué guay!”

The literal translation is uncle or aunt, but in Spain it just means guy or girl. You can also call someone “tío” as a way to mean they’re your friend, your dude, etc.

You can use majo when you want to express that something or someone is nice or pleasant.

People use this phrase to express that something is cool or great, or it can be used negatively as well, depending on the context.

In other Spanish-speaking countries, this translates to monkey. But in Spain, people use this word to say that something is cute or lovely.

If you go out to the bars or discotecas, you can ask for a chupito, a shot, or a copa, a mixed drink.

Example: “¿Me puedes dar un chupito de tequila?” (Can I get a shot of tequila?)

This is basically Spain’s version of the verb “gustar” and it just means to like something.

Example: “Me mola el parque que fuimos ayer.” (I like the park that we went to yesterday.)

This verb can be used to mean to be shocked or crazy about something, just depending on the context.

Example: “Estaba flipando cuando vi a Maluma.” (I was freaking out when I saw Maluma.)

Similar to tío, people also use hombre to mean dude, or even to express dissatisfaction to mean something along the lines of “come on” or “are you kidding me.” This word can mean different things, depending on how you say it.

This word is probably the most commonly used Spanish word that you will hear everywhere in everyday life in Spain, and all it means is “okay.” Just use it to acknowledge something.