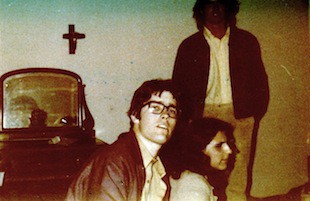 SPAIN. David Paul Appell studied abroad in Barcelona in 1979-1980. For a flashback to the old times, read on to hear about his views in this exclusive interview.

What was it like to come to Spain so shortly after Franco’s death?

David Paul Appell: When I first started traveling to Spain, in 1977, it felt very different from what I was used to in the United States; Franco had been gone for just two years, and his people were essentially still running the show (the prime minister was a former Francoist named Adolfo Suárez). One thing that freaked me out a bit was seeing soldiers and Guardia Civiles patrolling amid civilians with automatic weapons – that to me communicated a whiff of “police state.” Buying stuff seemed amazingly cheap, and people very dowdy and conservative-looking; in some ways it seemed like the 50s had hung on a little longer in Spain. I also visited an Alicante resort town called Torrevieja, and it seemed the coastal holiday areas were a little looser because the vibe was more driven by tourists and expats from more liberal parts of Europe. By the time I came back in 1979-80, things still seemed relatively cheap, but the largely conservative atmosphere already seemed like it was starting to shift, and I think I was sensing the beginning of the famous froth that became known as la movida. And yet, some old habits died hard. Once in 1980 when I was on my way home in Barcelona from the beach town of Sitges, I was wearing a t-shirt and long shorts. Pretty normal these days – and even then, pretty normal in Western countries outside Spain. Yet I got catcalls and yells of “tío bueno!” from young guys in passing cars. It was a pretty strange feeling.

How do you imagine studying abroad in Spain has changed since then?

Wow, that’s an interesting question. I was a high-school senior, you understand, and so under the supervision and control of a host family rather than living in a dorm or otherwise independently. Certainly kids were still able to get into trouble if they really swung that way (and believe me, I heard stories), but there was probably more oversight and also less temptation out in the city. Having been back to Spain many, many times since then and witnessing how the society and culture has evolved, I think there has to be a lot more individual freedom – and its flip side, dangers and temptations. I was offered hash there back as early as ’78 (and yes, I inhaled), but the hard stuff seemed very scarce. In contrast, not too long ago I spotted a couple of dudes shooting up in broad daylight just off Barcelona’s Ramblas. I know every old fogey (FYI, I’m 49) likes to say, “times were more innocent back then,” but especially given Spain’s very particular history, I feel that in this case that’s pretty on the nose. Finally, on one point relating to Barcelona in particular, at some point in more recent years School Year Abroad ended up moving to Zaragoza because if a kid’s there to learn castellano (Castillian Spanish), the militant drive to speak and teach Catalan in Barcelona (totally understandable, because it’s the native language, and had been brutally suppressed during the 38-year Franco era), there are better places in Spain to practice Spanish every day out in the community. Having said that, there are still plenty of Spanish-language programs still based in Barcelona. 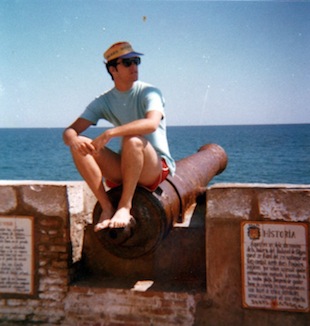 Can you give some examples of how you saw Spanish history “in the making” first-hand?

It was an extremely –and I mean extremely — heady time in the country; they’d just written a groundbreaking new constitution and were basically reinventing society. That involved a lot of street demonstrations, so I was able to witness nationalists, Communists, and others demand reforms in society that had been pent up and overdue for at least a couple of generations. When I wenty to these, the first host family I lived with would be horrified, because they were among the fairly small minority of Catalans that were inexplicably attached to the old Francoist order (I was moved the following semester to a less obnoxious family). I really got a sense that Catalans and Spaniard in general were feeling their oats, that it was a society that was excited about the future and coming into its own again.

How was studying abroad in Barcelona different to the time you had spent living with a family in Madrid?

I felt a lot more independent in Barcelona – partly because I was a little older and more confident in myself and my Spanish, and partly because I had an independent schedule that took me downtown every school day, as opposed to being pretty much dependent upon the son of my Madrid host family for all my activities and social life. My exposure to the country was more limited, as well – I traveled with the family to Alicante, as I mentioned above, and to Salamanca, but that was pretty much it. During my School Year Abroad stint, in addition to some independent exploration in Catalonia the school took us on two field trips – one through the Basque country and the other to Castile and Andalusia. 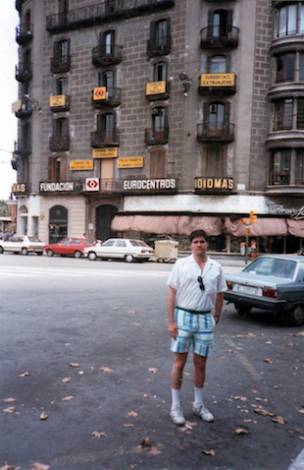 You currently run a travel website. How did your study abroad (in Spain as well as Russia) affect your career choices? Can your website serve students, volunteers or other expats living abroad (in Spain)?

Study abroad and career – you could say it’s kind of a chicken-and-egg thing: the impulse to study abroad came from my interest in the wider world beyond the USA, and those experiences ended up feeding and informing that interest when it came time to enter the work world. As I describe in my study-abroad essay on Tripatini, it was my Russia stint in summer 1982 that turned me away from my intention to go into the State Department – which in turn led me to journalism school and a career in print and eventually digital media (and furthermore with a strong emphasis on the subject of travel). These days, in addition to freelance writing and editing, I’m having a wonderful time with our ever-evolving web site Tripatini.com, which is a travel blog and social network that’s been attracting dynamic members from almost every country in the world – not just expats and dedicated travelers but also quite a few travel media and industry figures. We have various members in Spain who are happy to share their expertise on experiencing various parts and aspects of the country – whether it’s traveling the country on a budget; where to find the best horchata in Valencia and cider in Asturias; Barcelona’s architectural highlights; hiking the Camino de Santiago; renting a vacation flat or home from the Costa del Sol up to Galicia; the gay scene in Lanzarote; and mucho, mucho más.

David Paul Appell is a longtime travel journalist, former executive editor of Arthur Frommer’s Budget Travel and Caribbean Travel & Life, currently CEO of the travel site Tripatini.com. He studied in Spain and Russia, and has also lived in Prague, capital of the Czech Republic.