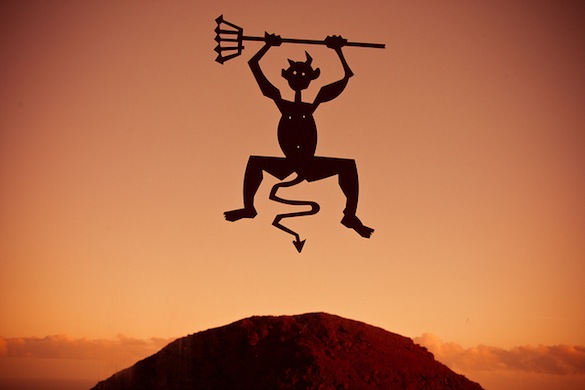 A Weekend in Lanzarote

LANZAROTE, SPAIN. Lanzarote forms part of the Canary Islands, -it is the fourth largest of them. However, as the Spanish would say, Lanzarote “no tiene nada que ver con los demás“; it has nothing to do with the rest of the islands. Because of its history of violent volcanic eruptions, Lanzarote also goes by the name of “Island of Fire.”

But don’t let that epithet deter you from visiting Lanzarote. Quite the contrary; fortunately, many of the volcanoes are dormant. The island, in turn, is thriving more than ever, and yet tourism hasn’t taken its toll on the landscape because there are strict local laws in place to protect the natural beauty.

If you have a long weekend to spare, start looking into flights to Lanzarote now – it’s the only coast in Spain where you’ll be able to bathe in ash-black beaches.

REVEL IN A VOLCANIC ERUPTION AT TIMANFAYA NATIONAL PARK

Many tourists travel to see unique landscapes. But what about a lava-scape? The Timanfaya National Park offers you the chance to view numerous dormant as well as one active volcano, “Timanfaya,” which is what the park is named after. A guide will accompany you during your visit, and tell you where to stand during the eruption.

In 1993, all of Lanzarote was declared a Biosphere reserve by the UNESCO. This reserve includes the Timanfaya National Park, meaning that there are strict laws in place to protect flora and fauna. In fact, there are only one or two footpaths. 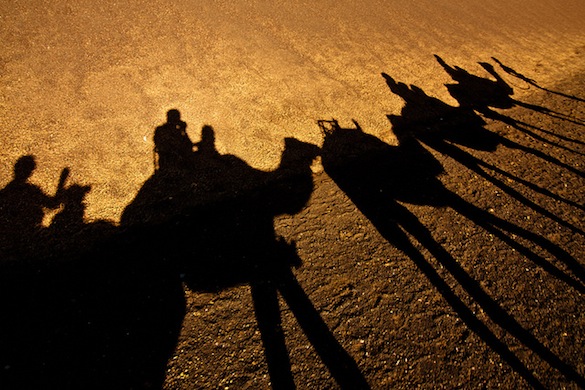 A popular alternative to the footpaths in Timanfaya National Park is a short camel trek, which you can do after seeing the volcano erupt. A camellero (handler) will help you up onto the wooden seat. The key is to hold on tight when the camel is going to stand up. Once things get going, the camellero will also make sure that passengers (up to two to a camel) are balanced out by sandbags.

Be sure to bundle up, things can get a little windy and cold. And don’t forget your camera! You’ll also find a café and toilets at the park for your convenience. Before or after, you can also tour the Museo de Rocas, a small museum that shows the kinds of rock formations you will see in the park. 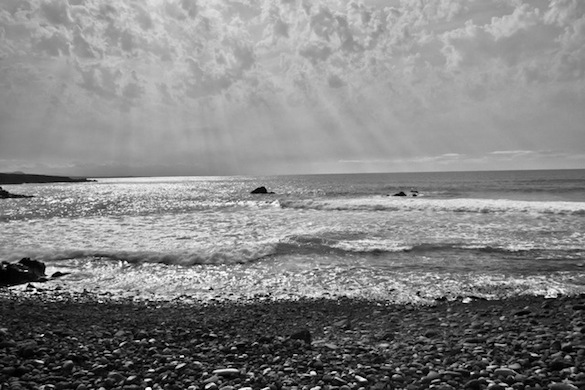 Beach in Lanzarote – some have stones, some white sand | Ernest Figueras

If you’re looking at the above image and are repelled by the fact that you will have to sit on stones, don’t despair. While quite a number of beaches in Lanzarote are like this, not all of them are. The newest resort area, Playa Blanca, is named after the white beach in its centre. Playa Blanca was previously a fishing village, but now you’ll find all the amenities you need here. Moreover, it comes with a pleasant microclimate, meaning that while the north of Lanzarote can be clouded, you will find sunshine here, even in the winter months.

Sound too good to be true? Well, almost. The number of tourists that discover Playa Blanca each here is rising, so you won’t be alone on that pristine white beach. The key is to come in low season (November through February) if you want to avoid the crowds. 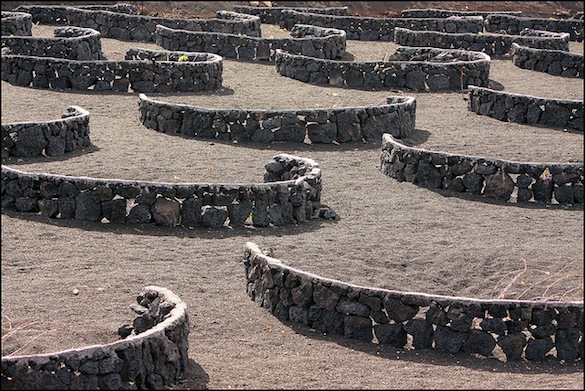 Vineyard with lava walls to protect the vines from the wind, Lanzarote | Steve Chilton

Lava is what characterizes Lanzarote. Though the island is famous for its volcanoes, there’s some tasty wine to be had here, too. Head to the La Geria Wine region to see vines planted in long rows. In fact, lava and wine go hand in hand here; lava walls are used to encase the vines and protect them from the wind. It is this unique method of cultivating wine that adds a distinguishing flavor to the final outcome.

3/4 of all wines in La Geria are made using the Malvasía grape. No wonder this grape is still successful – Shakespeare already praised it back in his time. You’ll distinguish it with its honey color and sweet, rich flavor, which makes it ideal for white, red or rosé wines.