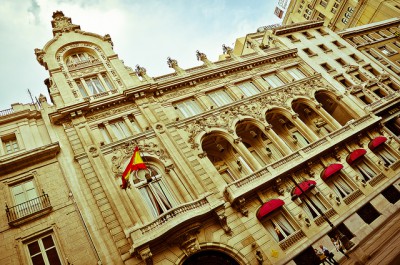 MADRID, SPAIN. Don’t let the name mislead you. The Casino de Madrid might carry the word “casino,” but that doesn’t mean that you can gamble here. Back in 1836, the Casino de Madrid was called into being as a social club, a group of tertulianos. Similar to the propagation of salons in France, tertulias provided the opportunity for members to exchange intellectual opinions on current issues and local customs. In his memoirs, the first manager of the Casino, General Fernández de Córdoba, states that the name “casino” was used so that the group would not be affiliated with any particular political party.

The location of the tertulias of the casinistas (members of the Casino) changed various times throughout history. It began in the Café de Sólito, then moved to the Calle del Principe, had a third stint at the palace of the Marqués de Santiago in the Carrera de San Jerónimo and a fourth at the Café Suizo. Ultimately, it ended up on Calle Alcalá, which is where it remains today.

The current building, located on Calle Alcalá, was inaugurated in 1910 and is a work of art in and of itself. It includes stunning architecture, art, sculpture, a library, a cinema and many salons worth visiting.

At the top, you’ll find the Terraza del Casino, a one-Michelin-star restaurant inaugurated in 1998. Here, world-renowned chef Ferran Adrià acts as gastronomic advisor, and during congresses and events, his El Bulli catering takes over. 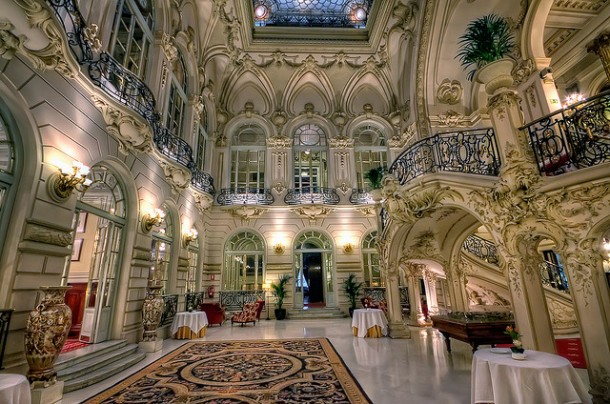 Deciding on an architect for the project wasn’t a simple decision; in order to do so, an international competition was conducted back in 1903. The most important Spanish and French architects presented their ideas at this contest.

In the end, the jury decided to buy various projects. Le Farge, a Parisian family of architects, was ultimately chosen to combine the best of all the purchased projects, resulting in the building we see today.

The construction was supervised by José López Sallaberry, a member of the Casino and one of the best archtects of the period. It is to him that we owe several magnificent must-sees, including 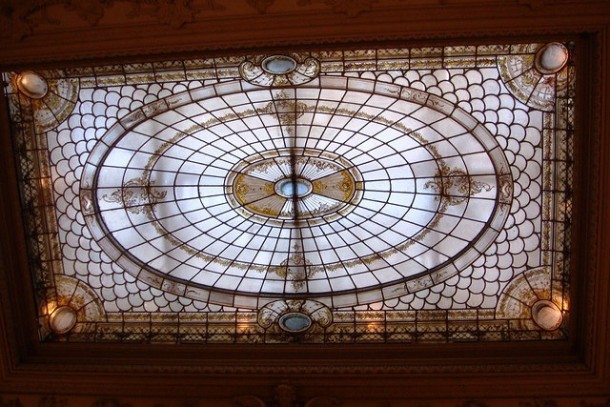 Dome on the interior of the Casino Madrid | Aldeana.

Head to the Planta Principal (Main Floor) to see:

Managed by Ferrán Adriá, the Terraza del Casino is considered one of the most innovative restaurants in Madrid. It has one stellar tradition: “the simple pleasure of a good meal in a large, welcoming city.” Head chef Paco Roncero will make sure that you’re served the most exquisite of dishes, prepared with the freshest of ingredients.