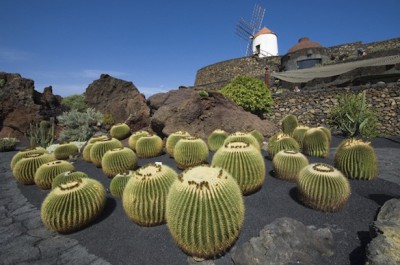 LANZAROTE, SPAIN. The small Canary island of Lanzarote boasts something of a reputation as a beach holiday destination – and little wonder as there are close to 100 stunning stretches of sand to explore. But away from the sun loungers and parasols lies an island that is steeped in culture and which remains surprisingly untouched by tourist overdevelopment, a happy state of affairs that can largely be attributed to the influence of a locally born artist and architect called César Manrique. 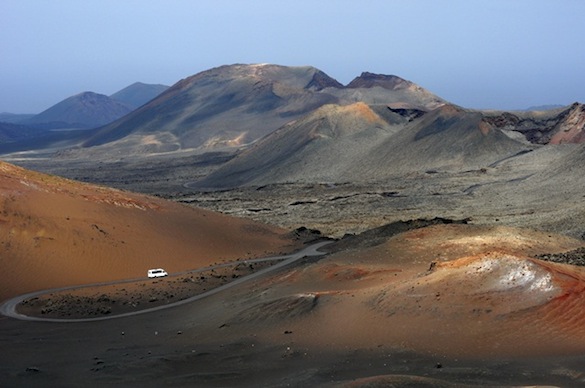 Manrique was born in the island capital of Arrecife in 1919 and first came to fame as one of the prime movers in the Spanish surrealist movement during the 1950’s. By the time tourism started to take off in Spain he was living and exhibiting in New York, where he rubbed shoulders with Andy Warhol’s Factory crowd and enjoyed the patronage of the super wealthy Rockefeller clan.

As General Franco’s plans for the development of Spain’s fledgling tourist industry began to unfold though Manrique became alarmed at the devastation caused by the developer’s bulldozers to the landscapes of the southern Costas, resolving to return home and ensure that Lanzarote didn’t suffer a similar fate.

Manrique realized that Lanzarote’s greatest asset were the island’s amazing volcanic landscapes, which were created by enormous eruptions in the 18th century. These resulted in the creation of over 100 multi coloured volcanoes and a sea of solidified lava which covered about one third of Lanzarote’s total land surface – an eerie and truly surreal sight which had to be preserved intact. 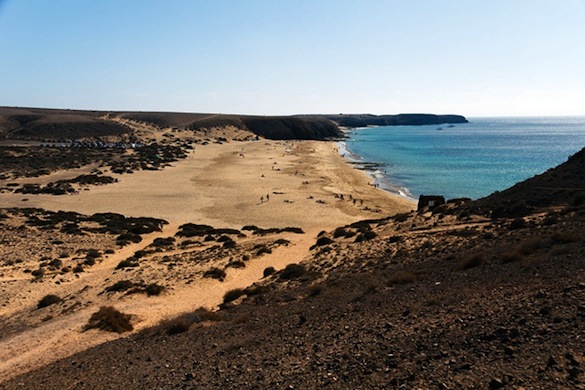 Working in conjunction with the island government Manrique managed to force through laws which restricted all buildings to the height of a Canarian palm – so as a result there are no high rise hotels or apartments spoiling the landscape today. Whilst it was also agreed that tourist resorts would be restricted to Lanzarote’s south eastern shoreline, so greatly limiting their impact on the overall ecology of the island.

Perhaps Manrique’s greatest achievement though was the creation of a series of truly innovative tourist attractions, which he built to demonstrate that there were alternatives to the bland golf courses and theme parks springing up in other Spanish holiday destinations. All of these work in perfect harmony with the surrounding volcanic landscapes, illustrating Manrique’s resolve to blend them in seamlessly with their natural surroundings. 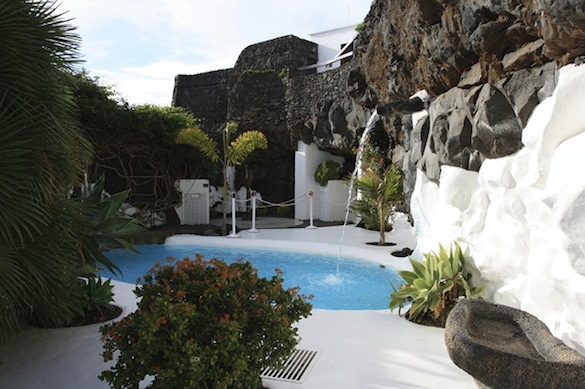 Nowhere is this better represented than at the Jameos del Agua, which was formerly a massive hollow tube in the lava flow before Manrique (having persuaded locals to stop using it as a rubbish dump!) transformed it into the most amazing tropical gardens, events space and concert hall.

Whilst other equally impressive examples of Manrique’s philosophy at work can be found at similar stunning sights, such as the Cactus Garden (a former quarry, now home to one of the largest collection of cacti in the world), the Mirador del Rio (a breathtaking lookout point in the north of the island) and at the César Manrique Foundation (his former home and studio built over five bubbles in the lava flow). 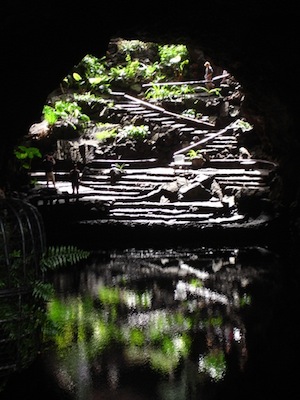