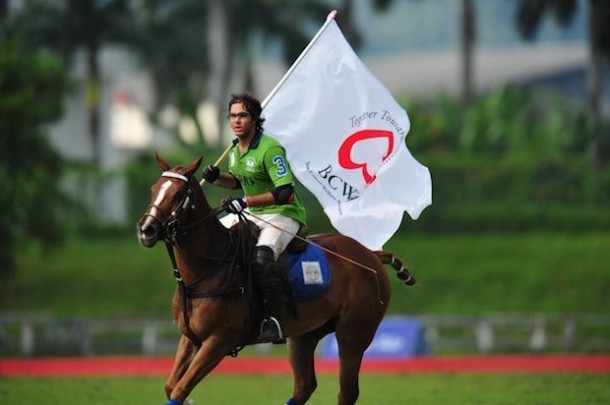 GLOBAL. The world of sport has become a massive glamor fest in the last decade, with the influx of finances across the majority of sports increasing several folds, to the point where a single individual may earn almost $50 million for kicking a football. While so very many of us love our sports for the essence of the game, a large part of us have also developed a negative attitude towards multi-millionaire sportsmen who value lavish lifestyles and more often than not, irresponsible fiscal management.

Fingers from around the world recently pointed at 21-year-old Brazilian superstar Neymar’s purchase of an oversize yacht off the beaches of Copacabana. Former athlete Mike Tyson was also singled out for his apparent lack of understanding of “normal” human behavior. In fact, Bentley recently sponsored a polo charity game I took part in and the owner of the Houston dealership told me that one day Tyson had walked in and bought seven of the same cars, one for each day of the week. Today’s sportsmen and women have become lost in a world defined by materialism and self-perceived magnification of their individual successes.

All is not lost, however, and the sports world does, from time to time, spurt out glittering athletic jewels who believe in using their stature and influence for the greater good. An example that comes to mind is former Chelsea striker Didier Drogba who made the TIME 100 Most Influential list in 2010, not only for his prowess on the field, but also for his commitment to donating every dollar he made from endorsements to various Ivorian charities. Stateside, we have seen the growing influence of United Athletes Foundation, which comprises of more than 90 professional athletes under a single empowerment organization.

You might argue that these mega athletes may have enough financial backing and clout to pull off audacious philanthropic moves. As a polo player and philanthropist myself, I can firmly attest that that is not the case. I have witnessed solid athletes in the United States, such as my good friends Calen Carr and Giles Barnes of the Houston Dynamo, give back to the community for causes that they believe in. In addition, the largest sporting movement in the world, the Olympic Games, philosophizes that sport can be a means to educate individuals in every corner of the world. The International Olympic Committee takes this a step further through promoting concern for the natural environment and the fight against drugs.

Why don’t athletes simply ‘get’ that giving back is something that should be done? Yes, their money can and should be used in the way that they want. But for the majority of athletes, their path to glory had very humble beginnings. Individuals can get caught up in the idea of self-celebrity and the materialism that surrounds them. Being young and impressionable, coupled with the fact that these kids don’t have the financial management skills, allows their wealth to be manipulated by often ill-meaning yes-men and hangers-on. I think that in many ways, the financial education of athletes is an important step in helping them to understand the greater environment around them and what it means to give back to the community as a result.