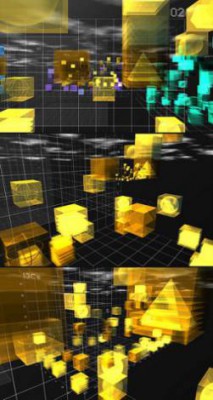 SHANGHAI, CHINA. NSA, PRISM, FISA: This alphabet soup of surveillance on the White House menu looks like a sinister stew. No wonder a horse named Palace Malice won the Belmont.

Metaphors are as dangerous as turning over state secrets to a high school dropout IT guy, and when the news focuses on his girlfriend as a pole dancer, I say, “TMI, please!”

So, as I wrap up a class at Shanghai University on “Storytelling: Exploring China’s Art and Culture,” I need to take a breath before I buy some propaganda I see in America, such as the visual blend of President Obama with President Bush and the suggestion that the Obama White House is just like Nixon’s.

What’s missing so far in the analysis of real and imagined outrages, whether the source be America’s CNN or China’s CCTV, is this no-brainer:

All the money in the world, especially the billions we borrow from China, can’t buy good judgment, and all the data in the world is choking our federal medulla oblongata and jamming our national-security parietal lobe.

So the conversation back home needs to shift from investing in technology that can vacuum data 24/7 to pouring all those billions of dollars into education.

No, not what we’re doing now: That’s given us Harvard-educated knuckleheads.

We need to invest in the Higher School of Common Sense, the Street Smarts Academy or the Juilliard of Situational Ethics. We need something new that cultivates brilliant kids and gives them fingertips that make stupid acts feel like hot stoves.

We hope these kids grow up to provide an ambassador all the security he needs on the anniversary of Sept. 11 (see Benghazi fiasco), to decide against violating journalists’ privacy in the pursuit of government leakers (see the Associated Press and James Rosen debacles), and to resist any temptation to turn the taxman into a political thug (see the IRS scandal).

As for the IT guy, cable news programs ask, “Hero or Traitor?” Wrong question.

How about this: Why did America build a Homeland Security monstrosity so big that it needs to outsource national secret-keeping and so weak that it couldn’t catch the Underwear Bomber, the Benghazi attackers, the Boston Marathon bombers, the Aurora, Colo., theater shooter, or the Newtown, Conn., school killer?

The answer is, we invested too much money in technology, buildings and high-paid IT guys and not enough in developing connect-the-dots talent. With apologies to the ’92 Clinton campaign, “It’s the people, stupid.”

Bush offered No Child Left Behind as a solution to America’s educational shortcomings and Education Secretary Arne Duncan has doled out millions in innovation grants, but can anyone tell whether we have graduated more sensible good citizens?

As my old Dad, who got his GED studying at the kitchen table, used to say, “People now have more education, but they’re dumber.”

Richard Nixon, who opened the Western door to China, became our first president to resign after audiotaped evidence revealed that he thought it was a good idea to have his new CIA director put the kabosh on the FBI’s investigation of White House corruption.

Nixon’s vice president pleaded “nolo contendre” in a Maryland bribery case, his attorney general went to prison, and his legal counsel diagnosed “a cancer on the presidency.”

That heavyweight corruption makes President Obama look feckless. Then again every other president in my lifetime has looked bad at some point.

Now it’s time for our president to look smart, reach way down the rabbit hole, dial back the clock from George Orwell’s 1984, and get back to education.

Let’s start with the ABC’s of good judgment. Only then can we keep our national security from being shanghaied.

A version of this article appeared in the Lexington Herald-Leader on July 3rd, 2013.