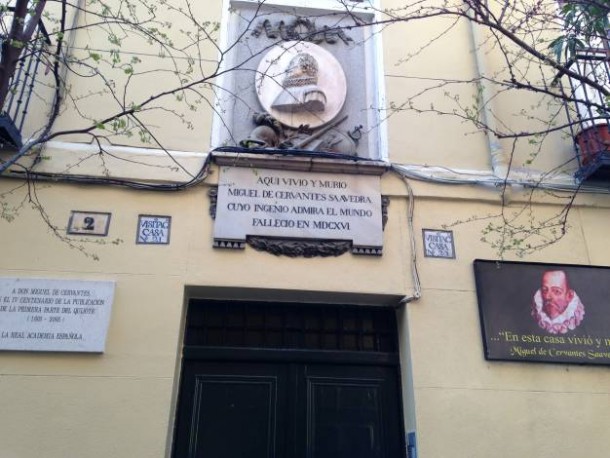 In Remembrance of Miguel de Cervantes

MADRID, SPAIN. Miguel de Cervantes, author of Don Quixote, the first modern novel, lived and died in an unassuming house near modern day downtown Madrid, near the Plaza Santa Ana, the Prado Museum and the Puerta del Sol. He died in the house on April 22, 1616, at 68 years old.

Although his historic works are widely traced, his bones are said to have gone missing during a reconstruction project of the convent at which he was buried. The city of Madrid has contracted archeologists to search for them although the task is paramount due to lack of information about the author: there is only one painting of him on which to base their search.