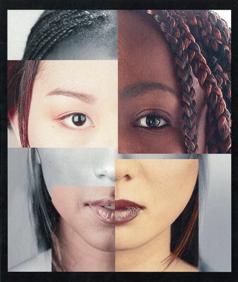 This country undoubtedly cares about race. A lot. Even though the way America cares about race may be different than how some communities desire it to, this does not mean America does not care.

In reality, America provides numerous opportunities for colored communities, allowing people to play the color card. Race is used as an explanation for academic success or, at times, excuse for academic failure. (I forgot to mention, I’m Asian.) My academic success often gets reduced to the fact that my mother was a “tiger mother,” or all those SAT prep classes that I (didn’t) take.

How many for colored students?

For those discoursing on the evils of the Holocaust and slavery to justify priority treatment through affirmative action, why not acknowledge the Asian community? The Asian Holocaust included the death, largely by torture, of over 20 million. Double the lives lost in slavery in America. Yet, somehow, few have ever heard of the Asian Holocaust. The reality is that many communities, ethnicities and cultures experienced segregation and difficulty at some point in history. Yet somehow many of those difficulties have been forgotten. Fortunately for the black community, the struggles of slavery are commonly and routinely acknowledged. Unfortunately, many other communities struggle to remember, or forget in undeserved silence.

As far as understanding the present, people live in constant consciousness of race. Rather than experiencing everybody as an individual, we must all be careful of what we say and how we say it. While many derogatory words for other races have been largely eliminated from common speech, “FOB” is widely used for Asians. What accounts for this discrepancy in respect for race?

When it comes to racial profiling, I must admit that I have little to no experience. However, I doubt the black guy up my street does either. It’s a matter of location, not race. A white man in certain areas is in just as much danger as a black man in other areas. I’d love to recommend a book expressing my views, but far too little academia focuses on the contemporary struggles of non-minorities. Or, perhaps a better way to put it is far too little academia focuses on the struggles of non-Black and non-Hispanic minorities.

The goal should not be to criticize each other, but rather to attempt to understand each other. Difficulty exists in every person’s life, regardless of color.

Allow me to close by saying thank you. Thank you for spending the time to read something many are too afraid to acknowledge. Thank you for challenging the notion of racism as a possession of “the colored.” And thank you for giving a person who feels underrepresented in a hopelessly liberal college environment a voice.