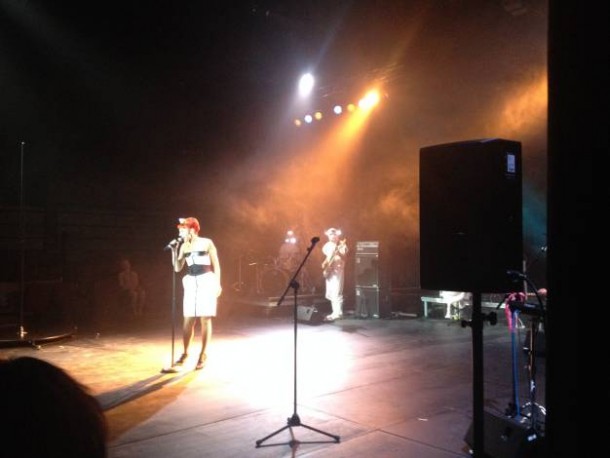 MADRID, SPAIN. Taking place at the Matadero Centro de Creación Contemporánea, the Fringe Festival of Theatre and Music is hitting Madrid for its third year between July 4th and July 27th. With over 30,000 guests in the last two years, this years’ event is expected to be even bigger with performers from 32 countries and a wide variety of alternative music styles, dance, theatre and comedy.

THURSDAY 8th marked the official opening of the festival, kicking off with free concerts from Wayne Baker Brookes, a Blues and Soul singer, Karina Buhr, a promising Brasilian singer, and a theatrical performance from a cast of various disciplines combining to create an energetic and vibrant show.

The opening ceremony began with the Chicago Blues singer, a musician with a belting but soulful voice supported by a three-piece band. As the event officially kicked off at 21.00 and this performance started at 20.00, the audience turnout was small to begin with but grew towards the end of the set. Wayne Baker Brooks performed a sample of classic blues melodies along with some of his own songs – one of which he claimed received four stars from ‘the best music critic in the world’. Despite the poor turnout, his musical talent was extremely enjoyable and entertaining.

The following act was Brazilian Rock singer Karina Burh. Beginning her set with a slow and admittedly slightly dull number, she surprised the audience with the sudden transition to a series of extremely loud and aggressive rock songs. Whilst her performance was entertaining to say the least- she wore a glittery one-piece and danced across the stage and the audience standing area throughout her entire performance, even spinning the microphone wire around her neck at certain points – her volume and frankly screeching voice made her performance slightly ear-splitting.

The final act was an assortment of theatrical, musical and dance performances under the title of ‘Pregón Off’. The show began with an original yet bizarre beat-box interpretation, followed by musicians dressed as spacemen entering the stage. Pregón Off included a gymnastic show, a singer placed in the audience, a street dance show, along with many other weird and wonderful acts, all of which enticed the audience and created a far more lively and exuberant atmosphere than the previous two acts.

Overall, the free event successfully advertised the upcoming Fringe events this month by showcasing new and original talent alongside spectacular artistic displays. The open spaces and authentic atmosphere of the Matadero provides an ideal location to watch theatre, dance and music performances. For more information on upcoming events and ticket, visit the Fringe website.