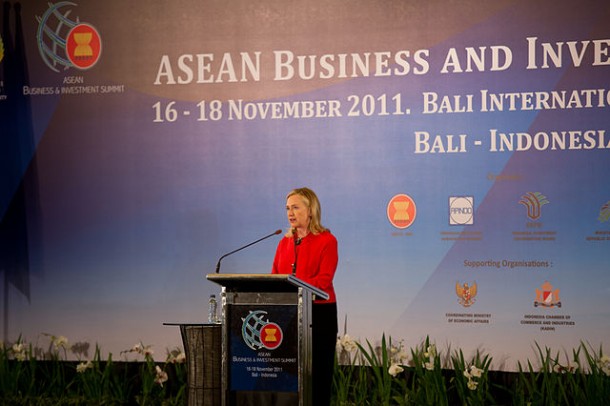 Westerners who look for adventures have long been going to Asia in search of job opportunities. In particular, as the economies in Europe and North America have suffered downturns in recent years, the allure of a less competitive job market where foreigners have a special skillset and background to showcase can be hard to resist. A few years ago, Westerners with qualifying experience can easily locate white-collar jobs in countries like China, Japan and Korea. Yet as Asia’s role increasingly rises as a key player in the global economy, the job markets in China, Japan and Korea are no longer as promising as they were a decade ago.

Part of this less welcoming job market for Westerners traces itself to the much more competitive talent pool today. According to an article from the New York Times, an increasing number of Asian students who studied in Western countries have been coming back to launch their career in their respective countries. With multilingual skills and overseas experiences, they stand out from a pool of qualifying applicants while requiring no relocation costs or other sponsoring fees.

Despite the toughening job market, Asia has continuously attracted foreign investments especially from the West. Yet for those fresh out of colleges and universities who wish to make a career in Asia without much capital to start with, they should probably set their eyes on another potential-filled, emerging economic powerhouse in the region – Southeast Asia.

Unlike East Asian countries, many parts of Southeast Asia have recently emerged out of economic stagnations and civil wars with a single-minded ambition to reconstruct and develop. The Association of Southeast Asian Nations (ASEAN), established in Bangkok, Thailand in 1967, has been pushing for economic growth through cooperation between international and regional businesses. Their endeavor for a stable and prosperous economic community in Southeast Asia has seen steady results as many founding states of the organization enjoyed resilient and robust accelerations in economic growth during the past decade.

The stable yet growing economies in Southeast Asia are especially beneficial towards Western graduates fresh out of college. As international companies set up branches in Southeast Asian countries, the demand for an English-speaking workforce that is well versed in Western culture has risen. Moreover, the Southeast Asian business module is still mainly manufacture-based, with fewer channels to directly communicate with customers, thus requiring fewer needs for Western employees to master the local languages.

The business potential of Southeast Asia was particularly recognized by former United States Secretary of State Hilary Clinton’s Remarks at ASEAN Business and Investment Summit in November 2011: “This region has the world’s fastest rising economies, with GDP growth at an average of better than 6.5 percent a year despite the global slowdown. And with natural resources, untapped markets, a massive consumer base, and unlimited human potential, we expect that to continue to grow.”

Simon Osborne, Managing Director for the social enterprise in the field of internships and education throughout Southeast Asia – AIPGlobal.co – traces his decision to base his company in Southeast Asia to the same growing potential: “It’s a stable yet growing economy. The opportunities can be limitless providing you have the mindset and a level of understanding of doing business in this region.”

Once a Fraud Analyst in UK banks, Osborne has followed his mission to advance student development from the UK to Bangkok, Thailand where he had served as the Senior Vice President for the Broadgate Financial Group before founding the internship service provider and career coaching institution – Asia Internship Programme. Osborne believes that an internship is a great way for Western graduates to transition into the Southeast Asian workforce: “If graduates are looking to enter the professional workforce of Southeast Asia they should seek meaningful internship opportunities. During their internship they should look to exceed their placement companies’ expectations which enhances their chances of securing a full time job post after the internship.”