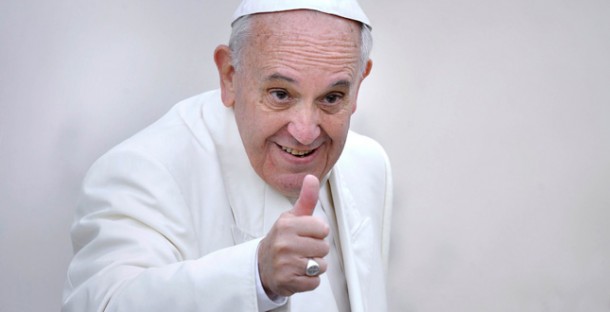 Great changes from the recent past in Vatican City. From the choice of his name to that of his accommodation, all in Francesco’s work celebrates simplicity, poverty and mercy.

Dramas in Church’ history have always been, but they took a pick during the pontificate of Pope Benedict XVI. Paedophilia and sex scandals even brought to a papal resignation, an act that has never taken place before in two thousand years. This was the first important sign that something was changing. Because something had to change. The faithful began to be very disoriented, angry in front of all those horrible news coming from every part of the world. Their detachment was starting to be too much considerable.

The choice of a Franciscan for the papal chair is already significant, but a Franciscan after a resignation is a clean break with the past.

Church has decided to actuate a very firm and precise policy, understanding that what is really important in market is the consumer. To relaunch an old and compromised product like the Church was, it needed first of all to modernize it.

His last encyclical, for instance, is not about charity or truth. It is about environment and climate change. He speaks to the gay community, the women, the workers. He opens the door to all those Catholics the Church maltreated before. Without considering that he is also opening to a new market share.

Different messages come now from Rome. Moving in a little and modest house, when his cardinals live in attics and great apartments sounds like a warning. Poverty is the lesson that Church has to learn now, maybe for the first time – or this is what people have to see, however.

Because the Church in Italy still don’t pay for the greater part of its properties and its GDP is unknown also for the CIA. Packaging, price and promotion are definitely succeeding with the product – that is always the same.

Extraordinarily, and once again for the first time, the Jubilee will be celebrated next December.

Like in ancient time, it’ s always worth the saying “Panem ,ludes et circenses”.