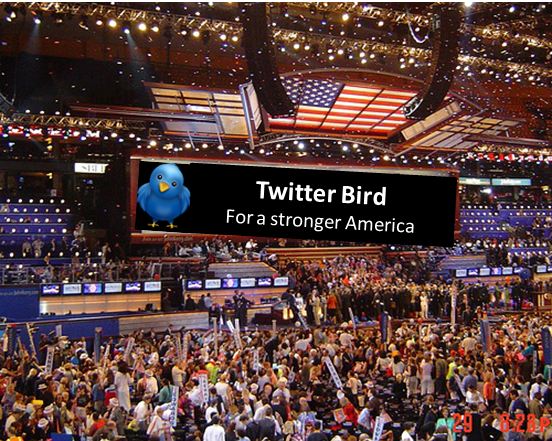 Society, like economy, has become global and interconnected in real time. The Internet makes the transmission of news, thoughts and images immediate – thanks also to the social networks. Twitter is the one that is most adaptable to the relations between politics and its consumer. It makes politics such a continuous debate or confrontation. A constant stage onto the politic actor can says his sound bite when he (or she) wants. Twitter is a perfect instrument for today’s communication and, in general, for that of politics, in particular.

Let’s think about the old image of the politician. Beyond a banquet reading a speech, or during a face-to-face, for prime time. It’s a means used yet, when the objective to achieve is to exhibit a fine product in the window. But a scream divides the politicians from his potential voter. Twitter breaks down the distance. Moreover, Twitter makes it look like President Obama is in our network. And that we could interact with him.

The public of voters is very heterogeneous and a politician has to create a different message for each of them, using different means for an effective communication. The television is one of them, but it implies only receiving. Social networks is not only receiving in one second, but also creating an answer in one second. Million people are not only a mass audience with social networks. They create mass connections between them.

Political agendas can be created and modified in very short time basing on the smart analysis of people’s reaction to a tweet or a facebook post. If social networks give the impression that politicians are closer to us, that they are more involved in our lives, also help them in understanding us.

Awareness around this state of connection can realize in practical way transformations in social, economic, educational or organizational contexts. Social networks, sharing, interconnection are nowadays fundamental tools in marketing research.

Politics is a market too and, without noticing, advertisement has become much more subliminal.