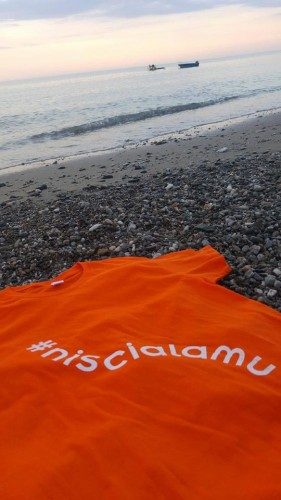 “We have fun” – Visit Crucuoli Slogan to Improve Calabrian Tourism

Crucoli Torretta is a small village located in Calabria, in the south of Italy. Washed by the Ionio sea, it is also hill place. Historical studies and archeological discoveries established his Roman origins. Thanks to geograhic position and good food, Crucoli Torretta is a touristic destination, one of most visited in the 1980s.

But very often, it was lacking a serious project to attract people, including all citizens left home to find a job. One day, a guy from Torretta called Michele Grasso and aged 28 is looking for informations about places to visit, restaurants and history of village. Unfortunately, Internet database doesn’t give him what he asked to.

The results of searching are all confused. Why a family should come there and not somewhere else? But unhappiness of Michele Grasso is going to be an idea to relaunch a southern community. Few months ago, he created Visit Crucoli, the first post-ideological portal of touristic informations dedicated to Crucoli Torretta.

A great guide and suggestion where put together the best things, with the target of capture tourists in the rest of Italy and slogans like “We are in Calabria” and “Niscialamu” (we have fun). Visit Crucoli could on time tell, posting photos and video (sometimes live) on Facebook and Instagram, the most important local events just as Saint Francesco and Madonna of Manipuglia Celebration, Festival of sardella.

Meantime, a several number of viewers admired nice pictures signed by portal followers. Michele Grasso is graduated in Sciences of Tourism, introducing a thesis titled “Techniques of marketing in the new millennium” and got a Master in Tourism and Hotel Management. Then, he worked in banqueting hall and business in Puglia.

At the end, he is back in Calabria and doesn’t like talking about himself anymore, but focusing on Visit Crucoli website. In a recent interview, he said: «my portal is only the beginning, in order to recall visitors at Crucoli Torretta, I need help of restaurant owner, hotel managers and many others».

Replying to this last request, someone bought and had on Visit Crucoli’s t-shirts.