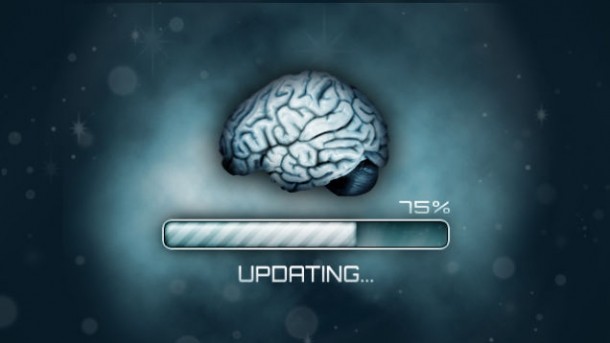 5 Simple Ways To Improve Your Memory

During the whole history of research on the human brain, scientists believed that the brain stopped making new neural connections when the body stopped developing. This means that since the age of the early 20s human memory begins to get irreversibly worse. And doctors knew that neurons, just like any other part of the body, weaken as people age. Loss of brain function due to neural breakdown related to aging was assumed to be normal and unavoidable. However, in the past few years, it has become clear that human brain can make new neurons starting in your 20s and continuing well into old age. So you can literally rewire the brain with new parts as the older parts wear out. How? There are lots of things you can do right now to preserve, protect and enhance your gray matter.

In today’s world we are swamped with information, commitments and details that we regularly distracting. So it’s no wonder that we can not remember simple things, especially issues that await us in tomorrow’s exam, or presentation you plan to hold the job.

“One should not pursue goals that are easily achieved. One must develop an instinct for what one can just barely achieve through one’s greatest efforts.” —Albert Einstein

While Einstein was not a neuroscientist, he sure knew what he was talking about in regards to the human capacity to achieve. He knew intuitively what we can now show with data—what it takes to function at your cognitive best. In essence: What doesn’t kill you makes you smarter. But fortunately teams of scientists around the world regularly unlock new secrets of the mind and a new ways that can help to improve your memory. And some of them are fairly simple, such as writing on paper or changing the font.

If you are sitting in a boring class or meeting, don’t be afraid to start drawing hearts and flowers in your margins. While it can look like doodlers are paying less attention than non-doodlers, in reality the act of drawing is helping to keep their brain active. Just sitting there when you are bored makes it easier for you to tune out and as a result you will remember less information. In studies, people who were given a doodling task while listening to a boring phone message ended up remembering 29 percent more of what was on the tape than people who just sat still and listened.

These days we’re all about things being faster. When you really need to remember something, concentrate on it for at least eight seconds. That can seem like a long time  but it is worth it. Studies have shown that eight seconds is the minimum amount of time it takes for a piece of information to go from your short-term memory to your long-term memory.

We’re all font snobs to some extent.  But researchers have discovered that one of the best ways to remember something you’ve read is to read it in a weird font. The size and boldness makes no difference, although the harder it is to read, the better. When something is unfamiliar and difficult to read, you are forced to concentrate on it more, allowing you to remember it easier.

These days it’s far more common to type up almost all the writing you need to do on your phone or computer. Shopping lists are saved on your tablet, phone numbers and email addresses under your contacts—it’s hardly necessary to remember anything anymore — until you forget your phone and realize you don’t remember if you need to pick up bread and eggs. In the future, if you want to recall something, write it out in longhand. Studies have shown that just the act of writing something out allows you to recall it in a way that touching a keyboard does not.

Whether a person is taught a foreign language – in the later stages of life – during the online class, school or study, research shows that it will have incredible psychological and physiological benefits. Learning a second language improves cognitive functions, spatial abilities, level of attention,  multitasking and linguistic centers in the brain will literally grow physically. People who are fluent in at least one foreign language are far less likely to develop dementia or begin to lose cognitive abilities when they old. Learning a second language also helps to improve our memory. Studies show that people who speak two (or more) languages have improved the overall memory, which means they are better at remembering a list or sequence  from people who only speak their mother tongue.