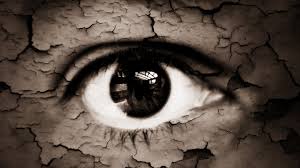 The Consequences of Remembering too Much

When memories never fade, past can poison the present. (Alix Spiegel)

What if you could remember every day of your life? How would your present be like?

However, there are 55 people in the world who are able to remember an exceptional numbers of  memories  (with accurate detail) even decades after the original event.

I am talking about a rare memory disorder: Hyperthymesia.

Hyperthymesia (from the Greek words thymesis – remembering and hyper – excessive) is the rare condition of possessing an extremely detailed autobiographical memory.

People with hyperthymesia remember the clothes they wore, whom they met, what they ate thirty, fourty years before.

This extensive and highly unusual memory does not derive from the use of mnemonic strategies: it is encoded involuntarily and retrieved automatically.

People with Hyperthymesia were born with this condition, people with a great memory develops it over time.

People with Hyperthymesia are often compared to autistic people for their unusual and obsessive interest in dates. However, due to the fact that the number of hyperthymestic individuals is very low, research can give us only few information about the phenomenon.

We know that  hyperthymestic people differ in the brains and mental processes and have a significant obsessive-compulsive tendence: many of these individuals have a large, minutely collection of magazines, videos, stamps, postcards.

Hyperthymesia was reported for the first time from the University of  California. Researches talked about AJ, a woman who recalls every day of her life from the age of 14.

Aurelien Hayman, protagonist of the british documentary The Boy Who Can’t Forget, lives her same story: from the age of 10 he perfectly remember every particular experience that happened to him.

It’s like someone saying to you what’s your name? You just know that it’s your name, it’s just something that comes straight to you.

But how does it feel remembering too much?

According to the neurobiologist  James McGaugh, “The effects of having this ability depends on the kind of experiences people have had in the past as well as their present circumstances”.

But Bill Brown, another person who suffer of this memory disorder, doesn’t really agree: “I’ve been in touch with most of the hyperthymestic individuals and nobody I have spoken to, has struggled with depression” he says.
Remembering too much, affect your social relations and emotions evoked by bad memories are a serious trouble.
According to the journalist Leslie Stahl, the dark side of Hyperthymesia would be the difficulty in mantaining a long- term relationship. Only 2 out of the 55 hyperthymestic people manage to do it.

Just because I remember something that you did wrong doesn’t mean that I still hold it against you. But it’s taken me a long while to realize that folks without my ability probably don’t understand that distinction. Because after all, if you’re bringing it up, the logic from the other side would be: You must still hold it against me. (Bill Brown)

Alexandra, a beautiful 22 years old, has never really dated and she blames her memory for this: “it separates me from other people of my age because they can’t understand why I’m so focused on things that have already happened.”
Hyperthymesia makes you feel like you are holding the past in your hands. Every day, you see what you saw , hear what you heard, feel what you felt that day at the time. It’s s almost like time travel, but it frustrates me, Alexandra says.

Although the past seems always too near for a new day, it is possible to manage the memories. Bill Brown says that he has learned how to do that over time and now it is easier for him because he can use his memory like an entertainment.

But sometimes, he says, it might be nice to forget.