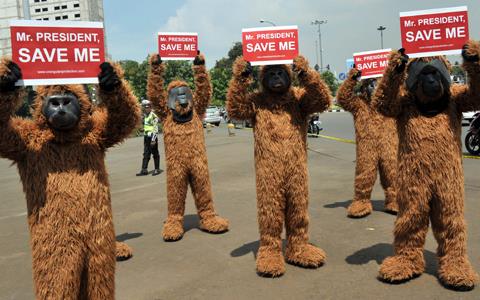 Palm oil is a type of vegetable oil derived from the palm fruit. Oil palms are originally from Western Africa, but can flourish wherever heat and rainfall are abundant, which is the rule for almost all tropical regions of the world. Today, oil palms can be found throughout Africa, Asia, North America and South America. Between 85 and 87 per cent of global palm oil is produced and exported from Indonesia and Malaysia.

Palm oil has attracted intense criticism for its heavy impact on the environment and local communities. Its production is linked to major issues such as deforestation, habitat degradation, climate change, animal cruelty and indigenous rights abuses. After years of reporting negative impacts of this crop, in the mid 2000’s this industry started developing measures to ensure a more sustainable production. Let’s have a closer look at the current debate on the use of palm oil. 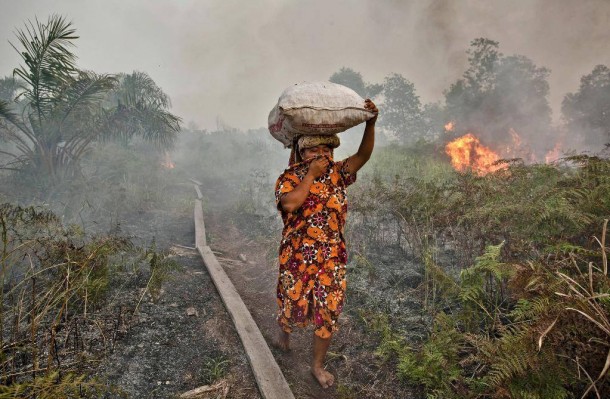 In total, 50 million tons of palm oil are produced annually. 80 per cent is used the food industry, which makes it an important ingredient in food manufacturing. It is included in approximately 40-50 per cent of household products in Western countries, including sweets, cooking oils, baked goods, cosmetics, washing detergents and cleaning pastes. Many food products did not label palm oil until December 2014, when EC Regulation 1169/2011 entered into force obliging producers to indicate on the label all individual oils used in product composition. This crop is also one of the most controversial used for agrofuels (mainly for transportation purposes), for its high levels of greenhouse emissions.

The Roundtable on Sustainable Palm Oil (RSPO) was established in 2004 to promote the use of sustainable palm oil and its traceability throughout the supply chain. Its members include social, environmental and conservation NGOs, oil growers, manufactures and traders such as Cargill and Archer Daniels Midland, as well as multinational companies like Unilever, Nestlé and Tesco (together representing 40 per cent of global palm oil trade). Growers are asked to comply with the RSPO principles and criteria that cover rights of previous land owners, local communities, workers and small farmers. Since 2008, RSPO ‘sustainable’ palm products are available on the market.

The birth of RPSO has attracted greater criticisms, especially the environmental NGOs. Friends of the Earth Europe and Greenpeace keep on monitoring the social and environmental impact of new ‘sustainable’ palm oil products. Their research work proves that oil palm production still threatens endangered species such as the orangutan population; moreover, its plantation schemes have not prevented the destruction of tropical forests like the peat swamp forest in Kalimantan, Indonesia.

In 2013, a massive protest took place during the 11th annual RSPO meeting, during which Indonesian and international labour-rights groups denounced serious abuses causes by certified RSPO plantations, including forced labour and child labour.

More recently, countries are starting to regulate its use in the food industry to help reducing the negative effects on human health. In countries like France, Belgium and Italy, public concern about the use of this oil in food is high. The high quantity of saturated facts (nearly 50 per cent of the total) has been associated with higher risks of cardiovascular diseases and diabetes mellitus.

In Italy, after intense public pressure and a palm-oil-free petition that collected 162 thousand signatures, the first industry moves can be seen toward greater consideration of the negative effects on human health. During a press conference held at the Italian Chamber of Deputies in mid-October, Paolo Barilla, vice-president of a major Italian food producer announced the company’s decision to stop using palm oil et ensure production with food oils associated with less health risks.

Despite regulation attempts, this crop remains very controversial for its impact on climate, local communities and health-related issues. The emergence of MPOB and the Palm Oil Debate are an indicator of PR industry efforts to simulate an ‘independent’ debate on the issue. Sure, palm oil is bound to remain a hot topic in the future.