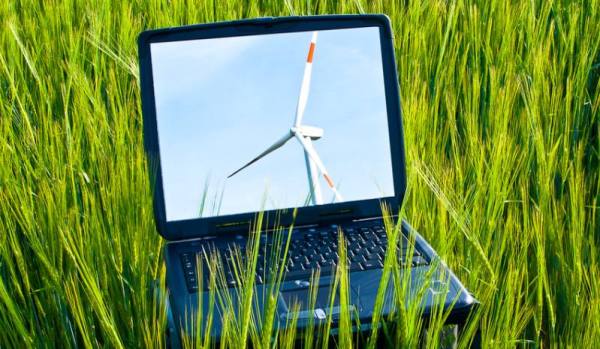 Why big companies have to invest in green

In today’s world, broadband access has become necessary for everything. Listening to music, travelling, attaining jobs, everything. The Internet and the free movement of data is an important and growing driver of economic growth and increases productivity, reducing costs, also stimulating trade.

According to the Internet World Stats, Internet users latest data count more than three billion people using the network around the world. The 42% of the world population, percentage grown by 753% in the last five years. Estimates from the industry expect Internet data to triple from 2012 to 2017. A 2013 Greenpeace report indicated that if the Internet were a country, its electricity demand would currently rank sixth.

In such a context, the importance of finding renewable energy sources is basic.

Sustainability issues are increasingly becoming an important consideration for business. Understanding the impact and benefits – such as securing cost savings – of implementing a green IT strategy has become essential for every business. Most of all for big companies.

Apple, Facebook and Google head a growing number of tech companies that are working to power the Internet with 100 % renewable energy, as Clicking Clean Greenpeace Report related. Those companies are leaving behind Amazon Web Services, the company that hosts the data for many of the Internet’s most popular services, which powers its infrastructure with polluting energy sources that contribute to global warming, the report found.

Apple became the first company to achieve its 100 percent renewable energy goal to power iCloud, leading the companies evaluated with its Clean Energy Index of 100 percent. The IT giant is building a solar farm in China to offset energy used by offices and retail stores, as its web site reports. Adopting a Total Green policy is also a good market strategy to share with customers and potential users. So that Apple is also partnering with The Conservation Fund to protect and create the type of forests we use in our packaging adding that they are running on renewable energy at the 87%.

Meanwhile, Facebook and Google were working to push their data centers with wind energy.

That Report added bad news on Amazon Web Services, which hosts a large part of the Internet, including popular companies including Pinterest, Netflix, Spotify, Tumblr, Airbnb, Yelp and Vine. Last year, it sourced only 15% of its electricity demand with clean energy, coal powers 28% of the company’s cloud, nuclear 27% and gas 25%. While Apple, Facebook and eBay have led the broader sector to be more transparent about its energy use, Amazon refused to reveal any details to the public.

Now the company has got a dedicated page on its website for an environmental development program.

IT companies, more than others, understand the importance that a green and sustainable business has got in this moment. Because green economy and sustainability are the new century tendencies.

Knowing that it’s all about business, what better way for a big company to make business?