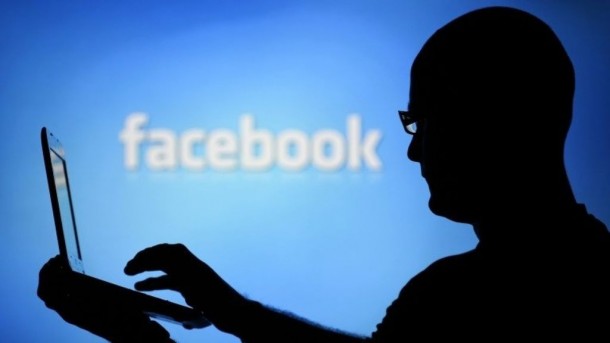 I realized that my network of close personal friendships — the people  I spend time with in my local community — has been altered over the years by my exposure on Facebook. I also realized that everybody’s network of friends is altered (good or bad) by Facebook, whether you’re using the site or not.

I am referring to that real life network of friends, family and acquaintances who you try to stay in touch with. This includes the people you spend time with plus people you communicate with via phone, email, snail mail, etc. With more than 1 billion users, it’s no longer an exaggeration to say that Facebook is used by the majority of the people you know. In fact, a Pew Research Center study reported that 67% of American adults who are online use Facebook.

We no longer have a “personal life.” We just have a “life.” It’s all together in one place through the ways we communicate online.

Looking at the a group from the highest user pool of 18-23 year olds, a small survey done with ten students at Stanford showed that nine out of ten students check Facebook at least once a day, seven students checked over 10 times a day. That’s between classes, on laptops, on iPhones, and at computer clusters. Everytime they sit down at a computer, they will go on Facebook. It becomes a habit, a necessity, almost like opening up their email.

Fan fact : 50% of Facebook active users log onto Facebook in any given day. The average time spent on Facebook is about 23 minutes a day. That means that users are spending over 700 billion minutes per month on Facebook. That’s a lot of time out of our day, out of our lives. Bottom line: Facebook takes up a lot of our time.

Consider other ways spending more time on Facebook affects our lives. More time being spent on Facebook means longer interaction with and influence from advertisers. This means that the average Facebook user will also be spending more time surfing the web. Advertisements for clothing, food services, games, will entice Facebook users to other websites, keeping them online and at their computer for longer amounts of time. People no longer will need to go out to shop for clothing, rather they can shop on americanapparel.net. These advertisements help Facebook users save time by not having to go to the store, but also minimize the number of physical interactions they have with the outside world.

Are we confined to a computer screen in order to communicate with even just our next door neighbor? Are we a society who no longer values human relationships, but rather social labels and images?

Researchers at Facebook, Inc., the University of California, San Francisco (UCSF) and Cornell University teamed up to study whether manipulating the News Feeds of Facebook users would affect the emotional content of the users’ status updates or postings. They recently published their findings in the PNAS paper “Experimental evidence of massive-scale emotional contagion through social networks”  and suggest that they have found evidence of an “emotional contagion”, i.e. the idea that emotions can spread via Facebook.

The size of the study is quite impressive: The researchers analyzed the postings of 689,003 Facebook users (randomly selected based on their user ID) during the week of January 11-18, 2012! This probably makes it the largest study of its kind in which social media feeds of individual users were manipulated. Other large-scale social media research studies have relied on observing correlations but have not used actual interventions on such a massive scale. The users’ postings (over three million of them) were directly analyzed by a software which evaluated the emotional content of each posting. The researchers did not see the actual postings of the Facebook users, which is why they felt that their research was covered by Facebook’s Data Use Policy and did not require individual informed consent. This means that the individual Facebook users were probably unaware of the fact that their News Feeds were manipulated and that their postings were being analyzed for emotional content.

Facebook has become a global phenomenon offering continual and direct communication with friends and family. Research into how social media websites define us socially, and the influence that social media has on our personal welfare, suggests that a lack of social participation on Facebook leads to people feeling less meaningful.