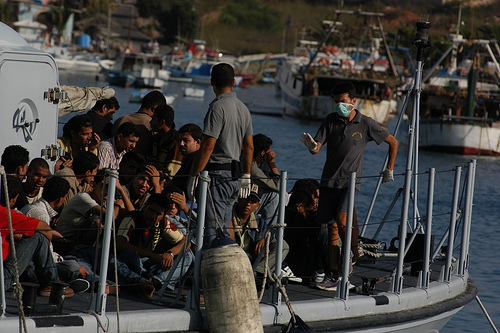 The last great tragedy occurred in the Mediterranean sea causes the death of more than 700 migrants who were running away towards Europe.  The tragedy has had a consequence: the European Union has finally decided to deal with the issue of migrants.  There are too many decisions to make and, actually, it is very complicated to agree upon all prime ministers of European states. We must absolutely be able to stop deaths at sea, so saving from this terrible fate the migrants who are looking for a way out.

The first operational response given by the European Union appears able to stop the massacres in the Mediterranean sea: indeed the EU has tripled the funds for Triton, the operation organized by Frontex – the European agency that takes care with borders and is now working for the rescue operations off the coasts.  Today Triton uses the same fund which the Italian government had assigned for one year to the operation of rescues, named Mare Nostrum, in 2013. Probably this increase in resources and funds will help to avoid tragedy like the one of April.

The second EU response to the “Mediterranean issue” is came out from the last European council of state leaders: during this council the EU leaders have decided to adopt the naval mission “EuNav ForMed”: it is created to try to change this complicated matter. The High Representative, Federica Mogherini, has specified that the naval mission will not serve to hit migrants but for harming the smugglers and criminals who profit from trafficking migrants. The EuNav ForMed will be tasked, in the first place, to identify and then to seize and destroy the boats used for the smuggling of migrants. To become fully operational, however, this European naval mission will have to wait for a positive resolution of the UN Security Council.

All Eu leaders are agree in stopping these tragedies, but actually the issues about immigration aren’t only these two previous: unfortunately, on the other questions, there aren’t the same unit of the Eu prime ministers. One issue, which is really delicate to deal with, is the division of refugees who are now located in the border countries as Italy and Greek. The council is indeed seeking an agreement to divide among all the countries 40,000 refugees. But it is not easy to find, many countries are reluctant to accept a “share” of refugees, and request that the division of quotas will be voluntary and temporary but not mandatory.

Italy is asking the EU to be helped not only  in the rescue of migrants at sea but also in managing of the welcome and the division of those people arriving; the Libyan civil war will not help the EU plans rather complicates them: without an agreement with the Libyan government it is impossible to arrange a naval blockade or create refugee camps on the African coast. The hope is that whatever happens we will not find ourselves crying another tragedy in the Mediterranean.