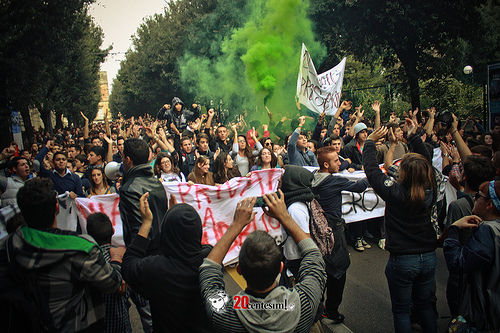 Two negative words have been lately spreading in the Italian political discourse and, as a consequence, their use has been widely employed by common citizens, in particular on the social media. These two words refer to two concepts which have little to do with each other. The first word is “buonista”, which means someone who, especially in the world of politics, always behaves in a tolerant and benevolent way towards his or her own rivals. The second word is far more well-known and used: it is “racist”. For those who might not know its meaning,

A racist is someone who believes that other races are not as good as their own and therefore treats them unfairly.

And the same attitude can be found in politics:

Believing that other races are not as good as your own and therefore treating them unfairly.

It is quite clear that such words are difficult to be linked together since they do not express opposite concepts and are not semantically similar: they simply have something to do with the more general categories of good and evil and right and wrong.

Three main events helped the words “buonista” and “racist” spread in Italy: the issue of thousands of migrants arrived on the southern coasts of the country, the early-January terrorist attacks in Paris and the controversy aroused after the liberation of two young Italian activists who were kidnapped during a solidarity mission in Syria. As we can see, the words are connected to the debate on the events unfolding in the Middle East and Italian politicians, partisan journalist and commentators use them to define or comment on the opposite wing’s statements.

For instance in August this year, Laura Boldrini, the President of the Chamber of Deputies, has been accused of “buonismo” since she claimed that she is against an exclusive view of Europe made of walls around its borders, the journalist who accused her is Nico Di Giuseppe who writes for the rightist newspaper Il Giornale. On the other hand, in the same month, Vauro, a famous Italian cartoonist, affirmed that Matteo Salvini, leader of Lega Nord, the anti-migrant party, is

a racist, a fascist, I morally abhor him.

As a result, for some incoherent connection, in the Italian debate on the Middle East affairs and the migrant issue, those who are accused of being “buonisti” become automatically communists and, therefore, those accused of being racists become automatically fascists. On Matteo Salvini Facebook official page a ping pong match is played every day between Salvini’s supporters and his detractors, accusing each other of fascism and communism, racism and “buonismo”.

Therefore, the vocabulary of the political discourse, and consequently of the public opinion, is reduced to two concepts whose only aim is to generalise and simplify problems which should be dealt with seriousness and accuracy. Secondly, this awful tendency is leading the public opinion to be unable to express or stand genuinely and freely for an idea or thought without being labelled. 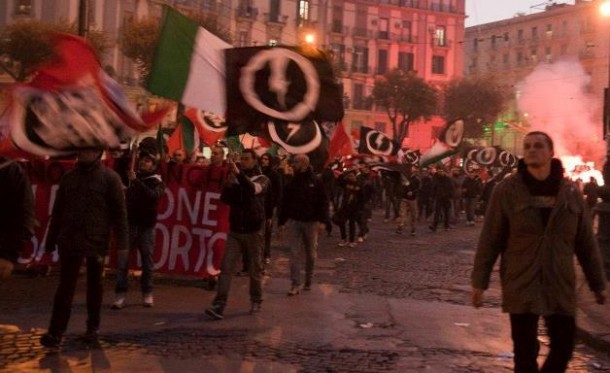 Yet, this tendency reveals also something else: instead of promoting diversity and independence of thought, Italian leaders and a great part of the world of news, by smoothing over the discourse, confirm the utter incapability of those same leaders of actually leading a nation, of making accurate decisions and working usefully and profitably for the improvement of every citizen, despite his or her skin colour, gender, sexual orientation and so forth. And what is left to the citizen and voter who does not agree with either side is the feeling of disorientation and confusion of being ruled by a band of adolescents who have no ability to make useful decisions in the long term. In this light it is no surprise that statistics show an increasing percentage of abstention to the vote in Italy.

It is absolutely obvious that Italy cannot host the totality of refugees who are arriving on our shores every year and, in the same way, it is absolutely obvious that Italy or Europe cannot built infinite miles of walls to protect their borders. Yet, Italian leaders will continue on this line to dry up the debate about these topics because it is easier to govern a distracted and narrow-minded nation rather than citizens able to freely and independently think of what is good for them as individuals and as a community.