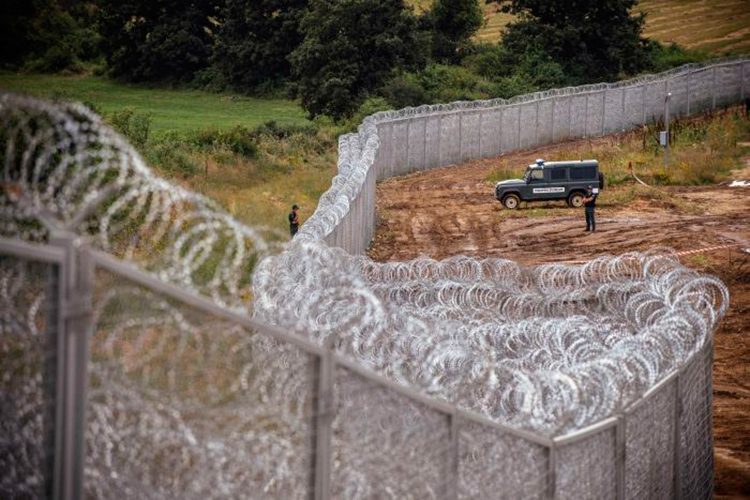 The Great Wall of Hungary

Hungary’s government recently launched its new tool to both the press and its electorate to foster even more cleavage in this Central European state. The governing political party, Fidesz, considered by some as an extreme right populist party, has begun construction on a 4 meter-high anti-migration fence 175km in length, running along the border it shares with Serbia – far more comprehensive than the security fence between Hungary and Austria that was dismantled in 1989.

Hungarian Prime Minister Viktor Orbán’s Chief of Staff, János Lázár, reaffirmed Hungary’s interest in friendly relations with its neighbor: “Hungary needs Serbia as an ally, we want to keep this alliance and strengthen it … We will raise this barrier on the border on a temporary basis in the hope that Europe manages to find a definitive solution to this issue soon” (Russia Today, 2015). Temporary Control Fence? – the cost of the fence is estimated to be 5-10B Hungarian Forints ($17.7M-35.4M).

Two questions arise from this project: First, can anyone realistically accept that a fence will stop waves of immigration that are natural and that have taken place since the earliest periods of history? Second, is it not more of a populist symbol to further cleave Hungarian society?

Indeed, with the construction of the wall, one can see that the government employs an ingenious populist machinery: using internal – putting to work the “waste” of the Hungarian society to build the wall through the use of prisoners and unemployed people – and external cleavage – a wall that will offer a “better life” without migrants to the true Hungarians defended by Fidesz. This stands in opposition to another perspective in which the wall is based on Hungary’s security needs.

While Hungary possesses the legitimacy to build a fence along its border, once again, the Hungarian government appears to be operating within the narrow limits of what many refer to as (core) EU values (Unity, Humanity, Fraternity, Diversity). This is not the first time that we have witnessed the building of a wall intended to solve issues related to migration, and the movement of people deemed dangerous or a threat to security and stability. The fence invokes imagery of the Mexico-United States (US) Border Fence, and the West Bank Security Barrier between Israel and the West Bank, not to mention the infamous Berlin Wall.

Undoubtedly, walls can only ease short term haemorrhaging, but so far few successful empirical cases exist to show that they are a sustainable solution in the long term. A government determined to complete the construction of the fence fuels migrants’ more determination to gain access to Hungary with the view of moving further into Member States (MS) of the European Union (EU). Major increases in humanitarian risks accompany this situation.

Is Hungary to blame? This decision taken by Hungary reveals the limits of a rather poorly integrated EU. “Government figures show more than 53,000 people have requested asylum in Hungary so far this year, up from 43,000 for the whole of 2014 and just 2,150 in 2012” (Al Jazeera, 2015). Building walls reveals a lack of clear and cohesive European immigration policy as well as the inefficiency of Frontex to protect EU borders. Frontex was created in 2004, but criticism over the agency has proliferated due to its lack of resources and its “advisory” nature.

This illustrates the need for renewed and deeper EU integration, especially in the area of immigration. With more than 500K-1M migrants (many of whom are from Syria) expected to reach Europe in 2015 alone, it is not with national conservative answers that the EU-ropean migration crisis can be solved. “The EU has provided some €3.7 billion ($4.1 billion) in assistance, half from the EU institutions and half from the member states. Following the international conference convened in Berlin in October 2014 on the initiative of the German Foreign Ministry, the EU created the Madad Trust Fund to mobilize more aid in response to the crisis” (Carnegie Europe, 2015).

The only plausible and sustainable solution is through greater management and planning of migration within and across the 28 MS, and with a better coordinated European border system. Though, such changes are possible only if the MS, via the European Council, demonstrate the willingness to confront the problem, but lately Brussels is talking more about the “status quo.”

Despite awareness, and what appears to be Brussels’ unfortunate oversite of immediate needs at the various national levels, the MS are feeling pressure to deal with the exigency of “here and now.” “The United Nations refugee agency,” for example, “says Hungary’s proposed security barrier would be a further obstacle for people who have fled from war zones like Syria, Afghanistan, and Iraq and who desperately need safety and protection” (Al Jazeera, 2015).

Some MS governments, speaking on behalf of their citizens, claim that they cannot wait for a more cohesive policy framework regarding migrants, particularly when they are finding themselves increasingly surrounded by “Somalia-like” failed and failing states. Indeed, neither national nor supranational levels of EU government and governance denying the reality of the EU’s migration crisis stand as a productive or solutions-focused option.

Hungary’s wall, once completed, will be the fifth frontier security fence in the EU. During the 1990s, Spain built fences along its autonomous cities’ (Ceuta and Melilla) borders in Morocco. Greece and Bulgaria have built fences in the past few years along the borders that they share with Turkey. It appears evident that both short term and long term solutions are needed to handle the increasing pressure being placed on MS as a result of migrants while being careful not to pass the buck.