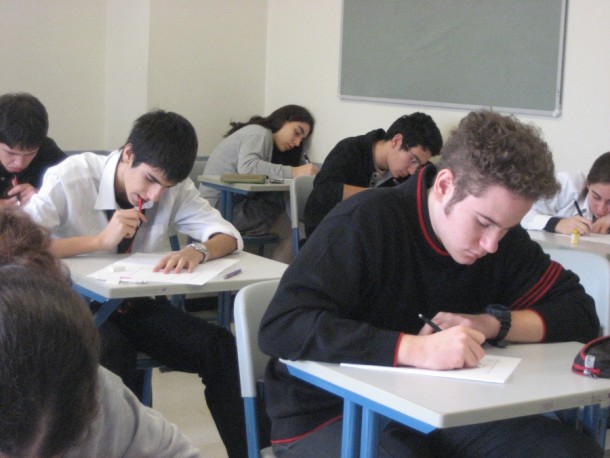 [translations idioma=”ES” url=”https://archives.rgnn.org/2014/04/07/serie-educacion-las-universidades-chilenas-y-sus-retos-en-investigacion/”]
Under the motto, “Education is the key,” ROOSTERGNN is publishing a Special Series dedicated exclusively to one of the most important topics defining our society of today: Education. View the complete series here.

CHILE. Establishing a public, universal and quality education system is one of the challenges which Michelle Bachelet took on when she became president on the 11th of March, and of which there are great expectations. The new president is the long-awaited answer to the student movement that has been making its demands heard with force since 2006. Their demands have been centred on the amount of resources and on improvements in the equality of access to education, but nothing has been mentioned about the need to put emphasis on research, development and innovation (I+D+I) in Chilean universities.

Globalization – with the loss of relevance of geographic borders and the interdependence of markets – and the knowledge society, which appeared at the end of the 20th Century stemming from Drucker´s notion (1969), mean that it has become imperative to start thinking about a “new model of university”, without, of course, forgetting the changes aimed at obtaining greater equality which have been at the centre of the debate for years.

University for the times

The country requires a modern and innovative reform of universities in the context of the challenges facing modern-day society… a cross-cutting, international university, that forms new generations of leaders in production and intellect, that brings new knowledge for progress and that is linked to the social environment, to businesses and to the productive sector. It is fundamental to advance towards Higher Education Institutions of knowledge creation rather than just spreading knowledge.

In Chile there is a scarce link between the world of science and the productive sector, although efforts are being made to promote applied investigation and innovation together with industry. However, a deep cultural change regarding the refusal of universities is necessary so that their researchers transfer the results of their studies to businesses. On the other hand, businesses also distrust researchers, viewing them as excessively qualified and not in accordance with the practical needs of their surroundings.

It is essential to change the tendency of the mere publication of investigations as papers, these being left on paper, without being applied to society through industry. This low level of knowledge transference has an explanation, as since the 1980s the State has granted, via competitive funds, greater subsidies so that universities are able to publish their investigations, but it is not enough so that they able to apply them in the market and generate a real impact in society.

With its significant economic growth, Chile aspires to join the select group of developed countries; nevertheless, this is not just a question of per capita income. To be a developed nation demands an adequate management of cultural, political, economic and technological components, but the country is weak in these areas, since it only invests 0.35% of GDP in investigation and development (statistic provided by the Third National Survey on expenditure and personnel in I+D corresponding to the years 2011-12), whereas the developed nations invest at least 2 or 3%.

Although the National Commission of Acreditación (CNA) must by objective verify and promote the quality of Chilean Higher Education, in order that it has certification of its internal processes and results in pre-grad, post-grad and specialty courses in the field of health, research management is an optional area of accreditation. This results in the fact that scientific and technological subjects, as well as development and innovation, are taught very infrequently and are not in great demand.

It cannot be denied that steps are being taken to improve the situation. In fact, the Chilean Economic Development Agency (Corfo) – the executive body of governmental policies in the field of learning and innovation – has succeeded in establishing centres of excellence in the country in order to develop projects and technologies in specific sectors: mining, energy, IT and biotechnology. Let us refer to organizations of world-wide reputation such as Inria, Csrio, Fraunhofer and Wageningen UR.

Indeed, Corfo is the organization in charge of registering and certifying research centres for carrying out activities relating to I+D, which was stipulated in law 20,241 – the denominated Law I+D which has been in force since September 2012– which extends tax incentives to current private investment in research and development, allowing for a reduction via taxes of up to 35% of the resources dedicated to these areas.

It seems fitting to emphasize that there is talk of private investment, leaving to one side the public sphere and public universities that represent a significant contribution, such as the University of Chile that carries out more than 30% of national research.

Beyond the legislation and the measures that are being adopted, Chile requires a strategic development plan that defines an institution and allows it to coordinate and implement the I+D+I policies, in order to generate the necessary confidence between the different actors: government, businesses, universities, researchers and society as a whole. This implies definitions in terms of which university is the focus for development, the reasons that motivate research work, what is the desirable level to reach in the area of I+D+I and which areas of knowledge will the institution´s research work be focused on.