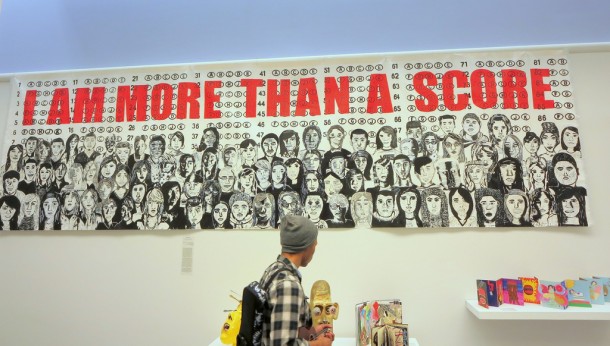 As a follow-up to ROOSTERGNN’s Education Series, we publish this article on American public schooling.

U.S.A. The American public education system has overlooked perhaps the most fundamental feature of American life—a rich, vibrant, at times terribly inefficient diversity. To impose sweeping nation-wide reforms upon widely diverse students in disparate communities is not only impractical, but also detrimental to ideological and cultural plurality.

What we desperately need in the market for education is a supply that matches the variety of demand. Education is as much about socialization, nationalism, authority, and ideology as it is “reading, writing,‘rithmetic.” Thus, it should not be a mass-produced, homogenized product–but an intimate, subjective exchange based on mutual preferences and abilities. The thinkers of tomorrow will not be produced via assembly line. In order to tackle the deep structural pathologies of American public schooling, we must reframe the way we conceive of schooling.
This is no easy task. Teachers unions have a strong interest in preserving “business as usual” in American schooling. The unions exist to advance the interests of their members, often at the expense of students. They stunt the market for teachers, preventing low performers from being removed, and keeping high performers from being recognized and rewarded. Traditional professionalization of the teaching field is also problematic. Self-imposed barriers to entry and professional standards would artificially limit the supply of teachers, allowing organization members to effectively raise their own wages. Professional organizations would create another avenue for top-down monopolistic control of intensely complex and diverse systems.

Reframing Our Conception of Public Education

Public education in America has long been plagued by the appearance of frequent and frantic change. This is what Frederick Hess, in his book Spinning Wheels: The Politics of Urban School Reform (Washington DC: The Brookings Institution, 1999) calls “policy churn,” the turbulent surface of reform that distracts from the structural issues far below the surface. In the midst of the policy churn, very little has been able to address, let alone remedy, the deeper structural and institutional pathologies of American public schooling. While this is in part due to resistance from the unions, the primary issue is the inertial power of the status quo in framing our conception of schooling. Certain aspects of public education have become such fixtures of our systems that a world without them is nearly unimaginable.

American public schooling as we know it is entirely historically contingent. Things like summer vacation, grades, and the timing of the school day are not the products of some natural, inevitable process, but the result of deliberate policy choices given the circumstances of time and place. Take for example summer vacation. Summer vacation is a fixture of American schooling in the 21st century, and the average American rarely questions its function or origin. However, many would be surprised to find out that summer vacation is a remnant of an agrarian era, when children would have to leave school in the summer to help their families with the harvest. And yet, we have difficulty conceiving of a reality without summer vacation. This is but one example of the striking obsolescence of many of the features of American schooling.

Real school reform is as much about opening the realm of what we consider imaginable as it is about weighing the costs and benefits of policy solutions.

When Interests Misalign: The Case of Teachers Unions

Teachers unions have also become a fixture of American education policy today. But much like summer vacation and letter grades, the unions are historically contingent. In fact, teachers unions as we know them are relatively modern. Before the 1960s, the National Education Association (NEA) resembled a professional organization more than a labor union. Since then, the unions have become the single most influential actor on public schooling in American society. Relatedly, they have also been the nation’s top contributor to federal elections from 1989 to 2009, according to Terry Moe in Special Interest: Teachers Unions and America’s Public Schools (Washington, DC: Brookings Institution, 2011).

The interests of students and communities often misalign with the interests of teachers, given that the overriding interest of the unions is to keep teachers from getting fired, regardless of circumstances. The unions have crippled the movement of the market for teachers, making it nearly impossible for schools to replace low performers or recognize high performers. This, frankly, does not align with the interests of students. The unions also have an interest in eroding meritocracy in the market for teachers. Personnel decisions are based on seniority rather than competence or expertise. School districts, especially in major cities like New York and Chicago, squander a vast amount of resources keeping around bad teachers and jumping through endless legal hurdles that the unions misleadingly call “due process.”

To get a sense of what “due process” means for the unions, consider a few examples from the Los Angeles Unified School District. The school district spent $3.5 million and ten years trying to dismiss seven teachers for poor performance. They were only able to fire four. Mark Berndt was a veteran teacher who pleaded guilty to multiple lewd acts with his students. Rather than fight the overwhelming power of the unions, the district had to pay Berndt $40,000 to resign. These examples may seem extreme, but they are not exceptional. They are prime examples of a systematic problem–that the power to decide how American children are educated and socialized has been left in the hands of an undemocratic, unchecked institution that does not represent the interests of students or their families.

The unions have amassed such incredible power over education that a system without them has become almost unimaginable. This need not be so. In fact, many signs indicate that the unions’ power is on the decline. The NEA has been losing members for half a decade. Former Solicitor General Theodore Olsen will go to trial in January of 2014 to overturn some of the most destructive teacher protections that the unions lobbied into state law. Public polling also indicates that Americans are increasingly dissatisfied with the teachers unions. While it is true that power only begets more power, there is no reason to believe that teachers unions must be a part of the future of American education.

Nevertheless, it would be wrong to assume that if teachers unions were to disappear that the woes of public education would disappear with them. The central argument of this article is that educational pathologies are rooted first and foremost in the way we conceive of education. Teachers unions are a driving force in reinforcing inefficacy and inefficiency, but they are not the sole cause of it. An education system without teachers unions that still applied sweeping one-size-fits-all policy to an intensely diverse population would still be far from serving the needs of American children and their communities.

Misguided Reform: The Professionalization of Teachers

Some argue that professionalizing the teaching field would solve many of the organizational woes of American public schooling. The proponents of traditional professionalization would like to see the teaching resemble law or medicine, with professional organizations rather than labor unions, strongly developed professional bodies of knowledge, standardized codes of conduct, and self-imposed barriers to entry.

I am highly skeptical of full professionalization. Making the teaching field resemble law or medicine would only enhance the monopolistic power that teachers already have through unions. Barriers to entry would stunt the market for teachers by establishing an artificial cap on the supply of teachers, thus raising the “price” or wages of those already in the field. This is a breeding ground for rent seeking and inefficiency.

Furthermore, the comparison of teaching to professionalized fields like medicine is something of a false analogy. In medicine, both the outputs (what doctors do) and outcomes (overarching goal of the field) are fairly clear and universally agreed upon. It is safe to say that the medical profession seeks to minimize suffering and maximize longevity. No such universal goal exists in teaching. One could say that all teachers want their students to be educated, but as I have argued throughout, “schooling is a complex, highly personal endeavor,” which is intensely subjective to principles and politics. Professional norms and standards would impose a homogenized conception of learning from the top of an organization of professional insiders down to a pluralized population of teachers, schools, and communities.

What we need in the market for education is more product differentiation—not less.

A Vision for the Future

The problem with understanding the necessity of diverse schooling is that it problematizes all national reform schemes. As Hess aptly put it, “there are no permanent solutions in schooling, only solutions that make sense in a given time and place.” No single curriculum, teaching style, standardized test, or technology is going to improve education in every American school. Understanding this fact makes for good policy, but bad policy briefs. I cannot make a singular recommendation for national education policy, because doing so would undermine my most important recommendation—that schooling should be varied, and responsive to local demand.

In fact, this education policy recommendation is hardly a “policy” at all. A system emphasizing school differentiation would facilitate choice rather than impose universal policy norms and standards. The simple truth is that every student is different and every community is different. The next generation of American thinkers, entrepreneurs, scientists, and teachers cannot be mass-produced. It is high time we stop believing they can be.