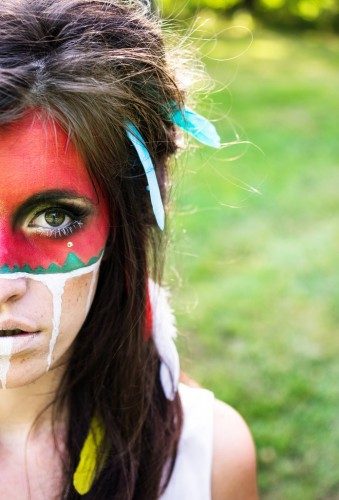 The Iroquois: Cooperation in Politics and Agriculture

Residing in what are now the northeastern parts of the United States, the Iroquois were once one of the most successful and powerful groups of Native Americans in North America. The Haudenosaunee, or “People of the Longhouse”, came together from disparate tribes around the 16th century to form a concentrated block of power which would dominate New England. In their politics and agriculture the Iroquois successfully utilized cooperation to fuel their rise to power.

According to legend the Iroquois were initially a series of squabbling but culturally related tribes who warred against each other. These tribes which would later comprise the Iroquois League were known as the Mohawk, the Seneca, the Onondaga, the Oneida, and the Cayuga. One chieftain from these tribes, Hiawatha, created peace amongst the warring peoples and brought them together militarily and politically. The combined force and coordinated efforts of all five tribes quickly led the Iroquois to become a dominant force. In fact, they were the mightiest power in New England when British settlers first landed on American shores.

The Iroquois also allied with the British settlers to create greater peace and prosperity for both peoples in the region. In their wars against their neighboring states, they also adopted captive peoples, both Native American and European, making the Iroquois nation a unique melting pot of various cultures that worked together to become a great and successful confederacy. Later the Iroquois added a sixth nation, the Tuscarora, to their confederacy, further strengthening their affluence and supremacy. Although their union came undone during the American Revolution, cooperation amongst the tribes had made the Iroquois a powerful confederation for over 200 years.

The importance and success of cooperation is also evident in Iroquois cultivation practices. The tribes planted together the “Three Sisters”, corn, beans, and squash. Just as the Iroquois united through their natural cultural ties, they also successfully utilized the natural relationships between the three plants. Beans have naturally occurring bacteria that absorb nitrogen and convert it into nitrates which fertilize the soil for squash and corn. The corn stalks provide a support for the beans, which wrap around the stalks. The squash leaves cover the ground, preventing weed growth and even increasing the amount of rain absorption by the ground. These naturally complementary vegetables were utilized in an effective manner by the Iroquois to produce high yields of crops that fed the growing Iroquois nation.

The example of cooperation by the Iroquois is an important lesson for modern humanity. Utilizing agricultural cooperation we can boost crop yields and feed thousands. In the political field, the Iroquois show that disparate peoples can work together and act as a united body to create something that is truly great.