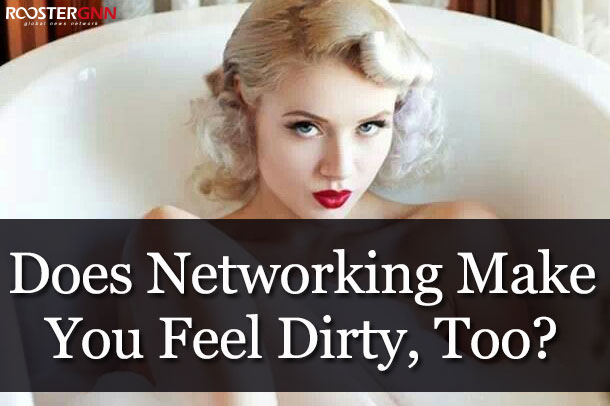 Does Networking Make You Feel Dirty, Too?

In an exclusive interview, ROOSTERGNN spoke to Francesca Gino, a professor in the Negotiation, Organizations & Markets unit at Harvard Business School. Gino co-authored a recent study titled “The Contaminating Effects of Building Instrumental Ties: How Networking Can Make Us Feel Dirty,” which appeared appeared in the December 2014 issue of Administrative Science Quarterly, with Tiziana Casciaro of the Rotman School at the University of Toronto, and Maryam Kouchaki of the Kellogg School of Management at Northwestern University.

You state in Harvard Business School’s Working Knowledge publication that, “even when people know networking is beneficial to their careers, they often don’t do it.” Why would anyone NOT want to network?

Francesca Gino: What we find in our research is that networking, when done with the purpose and strategic intention of creating ties that will benefit us professionally, makes people feel inauthentic and dirty. People experience networking as an aversive experience, and –as a result- they engage in less frequently than they should.  This is detrimental to their performance.

Why can networking make us feel dirty? How exactly did this manifest itself in the study you undertook?

People make inferences about themselves based on their choices and behavior. For instance, people who donate money to charity may use that information as a signal that they are compassionate, or they may observe themselves eating unhealthy food and think of themselves as lacking self-control. Thus, the choices people make provide them with valuable information about their own character.  Generally, people wish to make choices that reflect positively on themselves –since having a positive self-view is something we all care about.

What we suggest in our work in that developing and nurturing social ties entails networking behaviors that can provide different signals to people’s feigns of how moral they are. Networking behaviors produce negative self-attributions when the behaviors are difficult to justify to oneself, induce guilt, or are not essential —which tends to happen when we engage in networking with the purpose of benefiting our career and professional development.

A 2006 study even compared the consequences of professional networking with a “Macbeth effect.” Is it really that bad? Do people really feel they have to wash blood off their hands after schmoozing with their boss?

Across different studies we conducted in the laboratory and in the field, we find that professional networking makes people feel inauthentic and dirty. We show this using self-reported measures, as well as by asking people to indicate their desire for cleanliness related products of behaviors. In fact, prior research (the 2006 study you mentioned) has shown that when people feel immoral or inauthentic, they experience a greater desire for cleanliness. 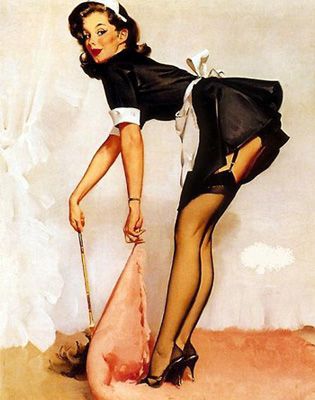 People can more easily come up with acceptable reasons and (possibly self-serving) justifications to convince themselves that their networking behavior is appropriate when it is personal rather than professional in content. Our studies show that this is the case and, as a result, people feel less inauthentic and express a lower desire for cleanliness when engaging in personal rather than professional networking.

Where there any consequences for those who decided to pursue fewer professional networking opportunities?

Networking frequency is positively related to individual job performance. An individual’s social relationships provide potential access to resources, information, and opportunities. Consistent with this, network size and diversity are well-documented correlates of individual performance. As a means of building and developing social relationships, networking behavior has been shown to positively affect objective and subjective career-related outcomes, including performance evaluation, compensation, and promotion. Consistent with this research, in our work we find that those who engage in more frequent instrumental networking increase their chances of accessing valuable information, resources, and opportunities, and thus improve their job performance.

If professional networking is so useful, but a person feels dirty about doing it, what can he or she do to networking anyway?

In follow up work, we are examining how approaching networking by focusing on what one can offer (rather than focusing only on what one will get out of this new relationship) can help reduce the aversive feelings we documented, and thus benefit from networking.