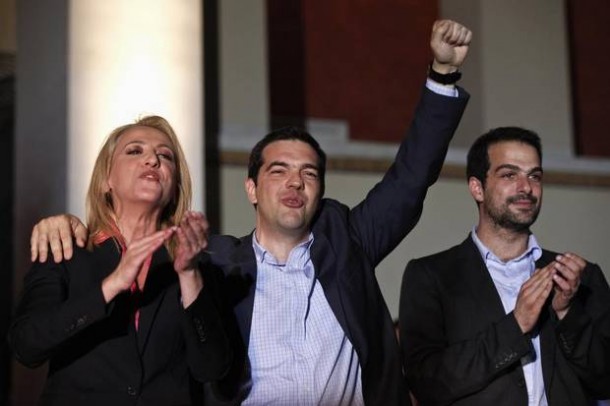 Half of the year 2015 has already gone. Although the past six months saw the inimical rise of terrorist organizations and attacks, devastating regional conflicts and natural disasters, a few elections within the past year and a half have exerted global impact that will continue to influence international politics, trade and relations. These elections are of global significance not only because of their happenings at the pivotal moments in history but also the dramatically different agendas put forth by different candidates.

Greece’s Jan. 25, 2015 election of left-wing party Syriza leader Alexis Tsipras created the first anti-austerity government in Europe. Following a major victory after the tense elections, Tsipras had promised his constituents the end of anti-austerity measures, renegotiation with creditors about the country’s huge debt burden to stabilize Greece’s uncertain political and economic situations. However, barely six months into his term, global ramifications have been showing in the ever more critical Greek crisis. Talks of Greece exiting the European union and dropping the euro as a functioning currency have become increasingly real as the most recent bailout talks with its international creditors – made of countries in the Eurozone, European Central Bank and the International Monetary Fund (IMF) – broke down.

As news of Greek government’s decision to close banks and restrict withdrawals reached Athens, thousands lined up in front of the ATMs over the weekend to take out however much financial capital they could. Yet the biggest fear out of Greece’s troubled financial crisis, demonstrated most recently by its default on the €1.55 billion ($1.73 billion) IMF payment – is the contagion effect on other EU countries and even the global economy as a whole. The Wall Street Journal noted the losses of stocks and bonds all over the world this past Monday following the default and failed bailout talks. USA Today also pointed out the worst drop in the U.S. stock market in two years on the same day. While Greece struggles in its financial quagmire, the world has yet to look to Prime Minister Alexis Tsipras for a stabilized global economy.

Unlike the Greek elections earlier this year, the U.K. elections more than a month ago reflected a strong European economy ready to reassert its diminished global influence. With less than six weeks of campaign, British Prime Minister David Cameron retained his office on Downing Street. The swift success of the Cameron-led Tories – the Conservatives – could mean yet another huge risk for the European Union as Cameron had promised the British citizens a referendum in 2017 on whether to stay in the EU or pull a likely “Brexit.” Given the strong status of the British pound and its stabilizing force in the European economy, a real “Brexit” could affect global markets beyond prediction.

A report from CNN also states the Conservatives’ agenda on immigration and welfare control. As the terrorist organization ISIS, or the Islamic State, drives more and more refugees out of their homes in Syria and Iraq, most of those who consider immigrating to Britain would probably cringe at its difficult citizen tests and other requirements. Although candidates for prime minister started with an ambition to engage in world affairs, the result of this election might just mean a more independent and even insulated United Kingdom.

Looking ahead, the 2016 U.S. Presidential Election is sure to exert global impact in a big way. The United States’ role as a major player on the international stage will ensure that the elected candidate have a comprehensive set of foreign policies to upkeep its leading status in different regions. Whether it is the score of candidates from the Republican Party or Hilary Clinton, who is only challenged by Bernie Sanders for the Democratic nomination, nations and states around the world will have concerns over their intended policies on foreign trade, military aid and international relations. And unlike the Greek and British elections, the American elections are sure to draw international attention even on the campaign trail.