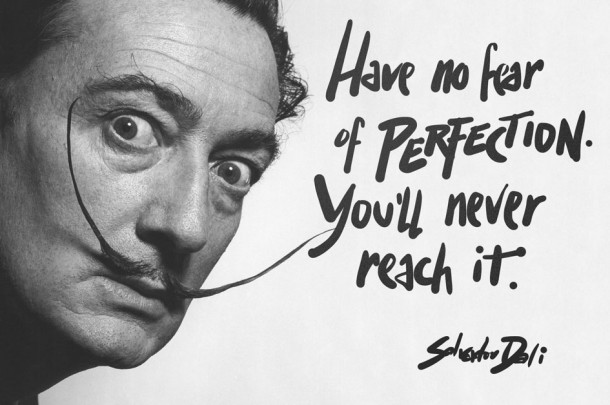 Salvador Dali is among the most versatile and prolific artists of the twentieth century. Though chiefly remembered for his painterly output, in the course of his long career he successfully turned to sculpture, printmaking, fashion, advertising, writing, and, perhaps most famously, filmmaking in his collaborations with Luis Bunuel and Alfred Hitchcock. Dali was renowned for his flamboyant personality as much as for his undeniable technical virtuosity. In his early use of organic morphology, his work bears the stamp of fellow Spaniards Pablo Picasso and Joan Miró. His paintings also evince a fascination for Classical and Renaissance art, clearly visible through his hyper-realistic style and religious symbolism of his later work. Dali is most often associated with the Surrealist movement, despite his formal expulsion from the group in 1934 for his reactionary political views.

“People love mystery, and that is why they love my paintings.”

In 1975,  Salvador Dali created a set of illustrations for Shakespeare’s Romeo and Juliet — the unique and vibrant coloured drawings by Salvador Dali are based on one of Shakespeare’s most famous stories were featured in a book published by Rizzoli — that had only 999 copies ever printed. The series consists of 10 offset lithographs reproduced to create 999 numbered books each containing 99 pages of heavy paper, bound text and Dali’s unique depictions of Shakespeare’s play. The stunning images have come into the public eye after one gallery. The greatest literary classics tend to attract a plethora of visual art and graphic tributes. But the highest convergence of text and image happens when an influential artist reimagines an influential piece of literature — take, for instance, Picasso’s 1934 drawings for a naughty ancient Greek comedy or Matisse’s 1935 etchings for Ulysses. Among the painters who most readily lent their talents to literary classics was Salvador Dalí, who illustrated Don Quixote in 1946, the essays of Montaigne in 1947, and Alice in Wonderland in 1969. In 1975, the iconic Spanish surrealist illustrated an ultra-limited, presently impossible to find edition of Shakespeare’s Romeo & Juliet, published by Rizzoli in a red silk slipcase and featuring 10 lithographs by Dalí.

Even from just what we’ve posted about Salvador Dalí, you can tell he had a mission to spread his distinctive sensibility far and wide: he made films with Luis Buñuel, collaborated with Walt Disney and Alfred Hitchcock, showed up for Andy Warhol’s “screen tests,” and illustrated some of the best-known texts in western history, like Dante’s Divine Comedy, Lewis Carroll’s Alice’s Adventures in Wonderland, and Shakespeare’s Macbeth. All those projects might seem well suited to the Spanish surrealist’s famous skill at artistically rendering the torn edges of human consciousness, but what would he do when presented with something more psychologically straightforward — Romeo and Juliet, say? You can see the results of just such a project at Twisted Sifter, which presents ten notable illustrations from Dalí’s second Shakespearean project.

A gallery spokesperson said: “Interest in this fascinating set is already peaking but we expect much more over the next few weeks as word begins to spread, because only a low amount of books with the additional images were ever created they are a real find for any Salvador Dali fan“.

These images come from a 1975 Rizzoli and Rizzoli edition. You can find out more about this book at the site of Plainfield, Illinois’ Lockport Street Gallery, which offers the copy for sale and a warning against all the “fake prints” (inauthentic Dalí having long constituted a robust industry of its own) in circulation. Romeo and Juliet, perhaps due to its tendency to get assigned in high school, can come off as one of Shakespeare’s milder, more familiar plays, and modern interpretations of the material fall flat as often as they rise up to it.

If you want to know more about this magnificent painter, please check out here : Salvador Dalí – Biografía  / Salvador Dalí Biography