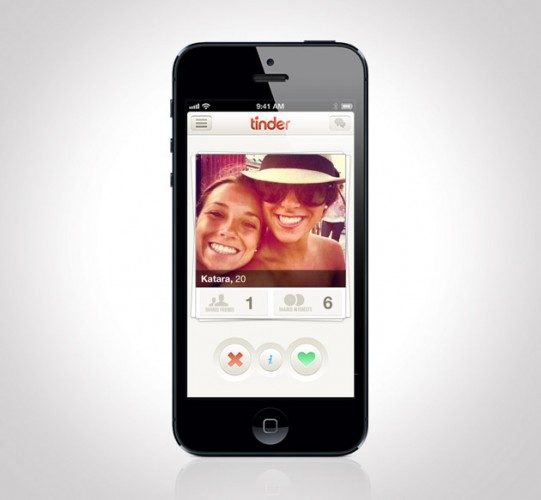 With today’s modern technology, the advancement of phone capability and expansion of apps, it’s possible to do almost anything from your smart phone or tablet. One of the world’s most popular apps is Tinder. It’s a social networking app that promotes dating allowing users to meet others through Facebook connections, location settings and common interests. Being a Tinder user myself for the past year and half, it’s been a whirlwind of surprises. One of the best things about it is it has a setting to choose a age limit and gender to specify who to match with.

Since the app launched at the end of 2012, it’s popularity exploded through many colleges and universities, now making it global. I first learned about Tinder at my first year of college in 2013 through roommates and other friends of mine that have used it. With the app being so simple from swiping left or right to match guys based on similar interests and physical appearance, I’ve matched with over 500 people in the last year and half. That’s so many more people that I would never even come across with out Tinder.

This past month, I’ve traveled to Spain and decided to experiment with Tinder matching with locals in Madrid and others that are traveling like myself. Since the duration I’ve been here, I found that more men here use Instagram to connect with me if I haven’t matched with them, no photos of guys holding a fish like I’ve seen in The States & more people asking to meet, (though I do think it’s because I am the foreigner to them.) All these new changes that I’ve experienced made me want to research more about Tinder and see if Tinder is different in other countries than from America. I’ve found that “the app has been downloaded by more than 50 million users to date, with more than 1.6 billion swipes and 26 million matches made in 196 countries,” according to mashable.com

With Tinder being so global, it made me think: Is there really a difference between Tinder in the United States and other countries? The interface is completely the same and I still get the occasional guy looking for a hookup but the men are more serious here in Madrid than back in the states.

It’s really changed the dating game drastically for me. I’ve never wanted a Spanish romance to begin with, given that I’m not here for that long, but Tinder has given the option to explore the idea if I did want it. With other shocking statics that I found from business insider: 30% of users are married, 12% of users are in a relationship which makes 42% of Tinder’s population unavailable to date!

I also found a study from marketwatch.com Foreign Affairs: Expedia and Tinder Studies American towards Travel and Romance that says, “When asked which cities offered the most attractive dating pools, most Americans (37%) selected Los Angeles from a list of more than 20 of the world’s most visited cities. Rio de Janeiro came in a close second (36%), followed by Paris (34%), Miami (32%) and Rome (32%).” On my next world adventure and I’m looking for romance, I’ll make those the top of my list using Tinder as my wingman!