Free Things to do in Amsterdam

Among the expensive museum tickets and other tourist attractions, Amsterdam does house some activities you could do and places you could go to, without any fees! Well, excluding the transportation cost you would need to get from one place to another, but one tip is also to rent a bike in the morning, explore the city until night, and you would not need to spend any more for the transportation cost.
Head to Damsquare
The first thing one could do is to head to the most renowned square in the city, where it is always crowded, and there is just always something happening there. After that, you could opt to go window shopping through the many shops located in Kalverstraat, which is a small road just beside the square. Or, if you are wandering at night, the Red Light District is just also around the corner of one of the roads beside the square.
Walk around Jordaan

Also just a few small streets away from Dam square is the Jordaan neighborhood that houses quaint independent shops as well as some beautiful canals that decorate the city perfectly. One could opt in buying some snacks and drinks and just sit beside the canal, seeing some boats pass, as the sun sets. 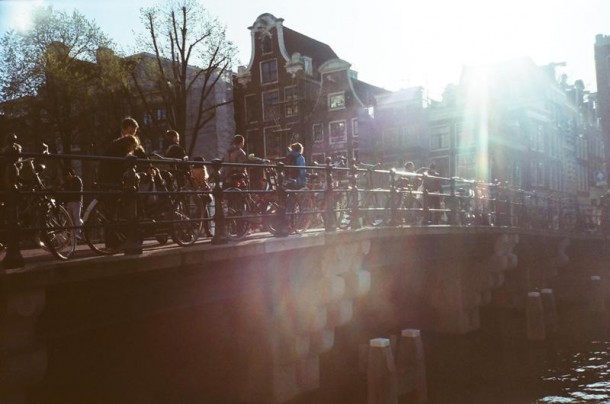 Sitting beside the canals of the Jordaan Area

The previous is Amsterdam’s happening and youthful neighborhood nowadays, yet this one is Amsterdam’s oldest ones, dating back to the 14th century. Begijnhorf is home to some beautiful typical Dutch houses and chapels.

If the weather is nice, an alternative would be to choose one of the parks that are scattered throughout the city. First choice would be Vondelpark, most famous known by tourists as well as locals, and is in the very heart of Amsterdam. Yet do anticipate a crowded park as it is the one that the tourists know well. Other choices would be to go to Museumplein, Beatrixpark, Rembrandtpark, and Oosterpark.

Spend some time in Amsterdam Noord

After spending a day in Amsterdam, take a ferry (that is free of charge at anytime), located in the central station, to Amsterdam Noord or North Amsterdam. There you could go to the EYE film institute where they hold some free exhibitions. Another choice would be NDSM Wharf, or a former shipyard that is transformed into the new happening place for festivals, exhibitions, and more. Or, one could simply take their bike and stroll around the area where not a lot of tourists go. 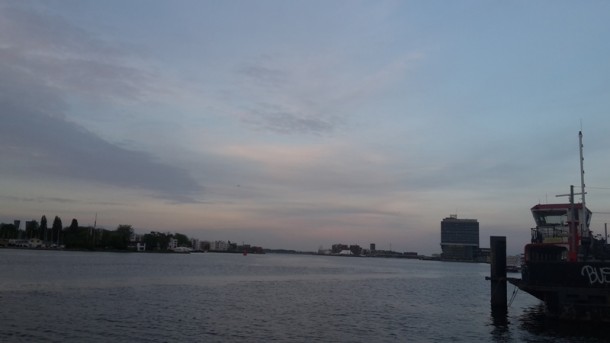 The view from the ferry to Amsterdam Noord