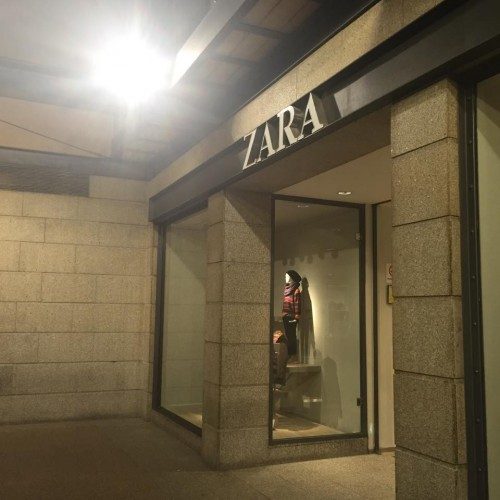 Zara – Is My Favourite Store Any Different in Madrid?

“..possibly the most innovative and devastating retailer in the world.” – Louis Vuitton Fashion Director, Daniel Piette on Zara

It’s no secret that Zara is and has been my favourite high street store for several years. Since the age of around fifteen, I have adored their products – from the soft knits to the tailored shapes, the timeless brand has always been classy and upmarket. Inditex opened Zara in Spain in 1974, and it has since been a leading name on the high street. I’ve visited Zara several times in Madrid but I set out today evening with the intention of comparing the UK stores with the Spanish stores. Being able to shop at 9pm is one of the great perks of Zara in Madrid! 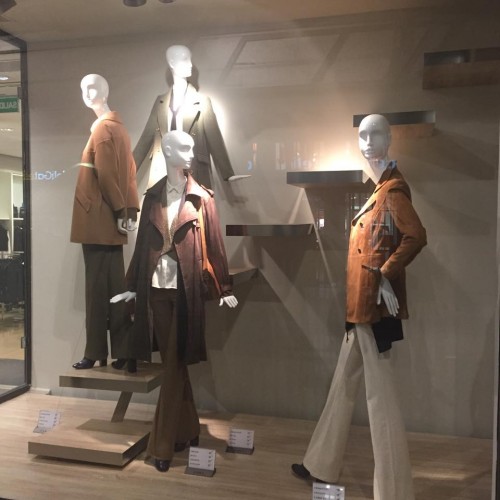 Initially, I compared the window displays between the store in Manchester in the UK to the store in Madrid. The UK store is placing much more emphasis on the winter collection as we near the colder months whereas Spain is still displaying the Autumn styles. The suede jackets and wide legged trousers presented in the Spanish stores were in all of the window displays back in England early September, just before I flew out to Madrid. Although inside the store, many of the products are the same, different selling points are accentuated depending on the location. A vital similarity however, is the simplicity of the window displays. Unlike many stores, Zara does not attempt to catch the attention of pedestrians with loud, bright visuals. The brand has such a renowned name and strong following that it just simply does not need to do anything other than showcase the seasonal pieces. 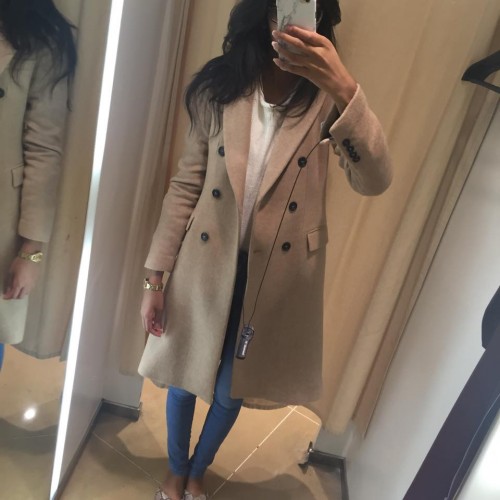 Another key difference, and one that is highly important is the price! In order to test this out, I tried on a few items and compared the prices. This coat and jumper combination would cost £117.98 if bought in the UK but only comes up to €117.9 – which is the equivalent of around £85.40! Surely this is a valid excuse for stocking up whilst I’m abroad… I mean I’m saving in the long run so it is an investment surely? 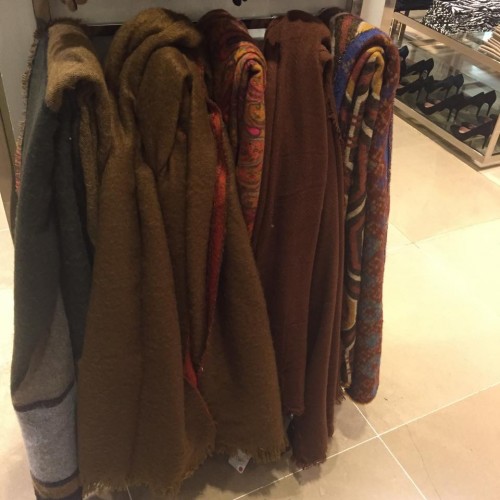 I actually didn’t realise just how many of the products were the same throughout Europe. Apart from a single pair of jeans, everything I tried on was available in the UK stores and to order online, albeit at a higher price! For example, Zara’s wool blanket scarves which I practically live in each winter were on display in the Spanish store and are also available in the UK. Researching the brand informed me that each country works based on it’s market and what sells. Ultimately, the shoppers decide what products make the cut each season and how long each piece stays in store! Their products are inspired by designers on the catwalk, but sold at high-street prices.

Zara was labelled by CNN as a Spanish success story – as the flagship store of Inditex it has over two thousand stores worldwide and a revenue of over €11 billion. Despite the differences between stores around the world, it is undeniably incomparable to any other brand and has a cult of avid shoppers completely loyal to the store.