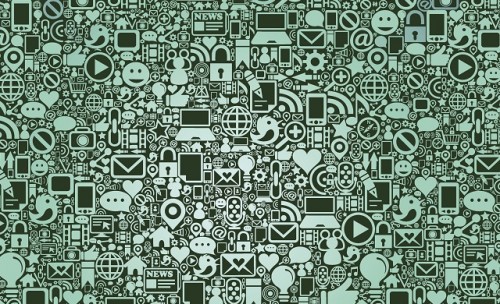 Hyperboling is one of my favourite sports. But when it comes to climate, I don’t like playing with fire, nor water. This is the last call. The upcoming COP 21 United Nations Climate Conference in Paris is by no means the only opportunity left to our decision makers to give human life still a chance on this planet. But it’s not only about them. Personal, daily decisions about our lifestyle play an equally important role. Please, at least turn off the car engine when reading this article.

World’s decision makers, among other things, are called upon to decide how to counter the rise in earth’s temperature that is radically changing the way water is distributed around the globe. We are already witnessing bizarre weather events everywhere, and this is just the beginning. The failure of Copenhagen talks in 2009 for stronger commitments in this respect, together with the renewed expressions of idiocy of dirty energy companies against renewables are only making it more difficult to find a solution. 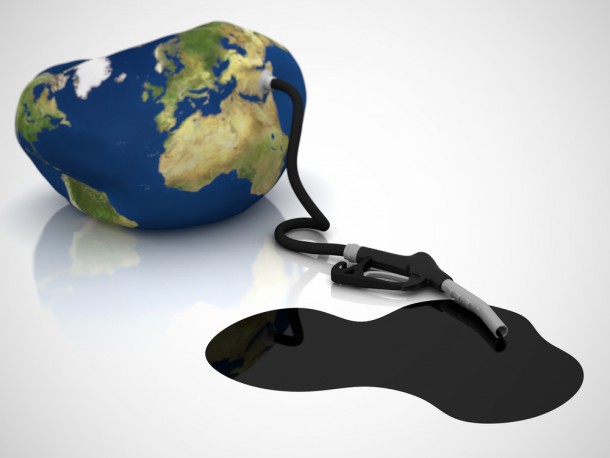 I am talking first to those who are planning to have a family, raise children, make plans for the future and are not yet aware. Each and every one of us should know what is going on. Scientists tell us since a while that human economic activities in their current form are adversely affecting the biosphere. And it happens that the human life takes place here, in the biosphere. Projections are clear: if we do not reduce carbon emissions and take a radical departure towards a post-carbon era, half of Earth’s species will be extinguished by the end of the current century, humans included.

If you still think that I’m over-exaggerating, consider what James Hansen, the former head of the NASA Goddard Institute for Spece Studies, forecasts: a rise in the Earth’s temperature of 4 degrees Celsius between now and the turn of the century, meaning the end of human civilization. Oh, you’ve finally turned off the car engine, thank you.

For those who do not care about the future, nor human life in general: cool maynes, but your nihilist stance will be affected by the prospects of a Third Industrial Revolution that will take place soon. Actually, it has already started, with the active involvement of ordinary citizens around the world. Yes, human life still has a chance on this Earth, based on what American economist and social scientist Jeremy Rifkin calls the emerging political consciousness of the biosphere.

The Third Industrial Revolution is entirely based on new technological developments applied to the sharing economy model. It’s better if this revolutionary change takes place with rather than without you, of course. It’s up to you to decide if you want to joins forces and accelerate the shift or just play the inertial mass’ role in the whole process. 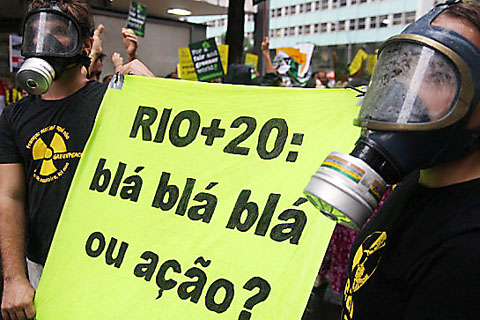 The gradual emergence of a highly unequal society goes hand in hand with the devastation of the natural environment. These phenomena are manifestations of the same problem: a faith in the so-called ‘progress’ as we’ve come to know it. Since the Second Industrial Revolution, our life depends on the extensive use of fossil fuels and the over-exploitation of land, water and air.

Recent attempts toward sustainability were mainly blabla that brought no change at all. Indeed, we are observing now the commodification of natural resources and the ever greater concentration of the economic power in the hands of a few. The Green Economy was just a cosmetic change that paved the way to the extension of the existing (failed) markets for carbon and environnmental services to agriculture and water. We keep on using the tools of the same model that caused this socio-economic disaster. 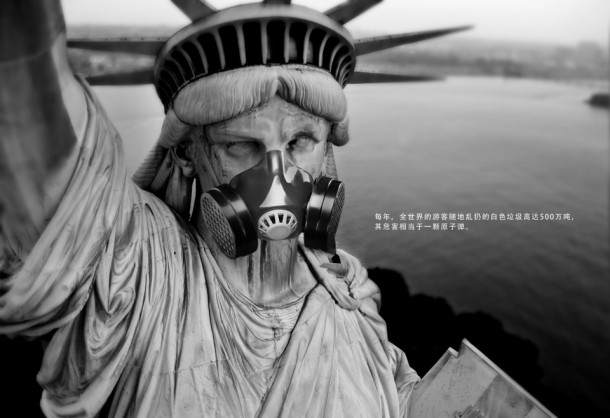 The Third Industrial Revolution (TIR) is based on the idea of a distributed energy deriving from renewable sources. Unlike fossil fuels and uranium for nuclear power, the sun and the wind are free. This means that after the fixed costs for the renewable infrastructure are paid back, the marginal cost of producing green energy is near zero. In some regions of Europe and America, solar and wind energy is already as cheap, or cheaper, than fossil fuel or nuclear generated energy. The TRI implies that developing countries could leap-frog from the pre-industrial age to the Third Industrial Revolution. China has already embraced this new approach. 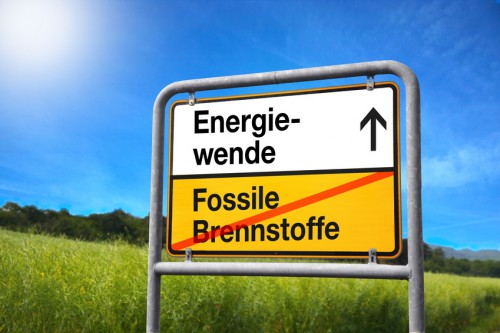 The TIR involves a radical shift from a consumer toward a prosumer perspective: we will be able to produce energy at home and exchange the surplus of green electricity on the national/ global market thanks to the smart grid. In Germany, where green energy is among the most innovative and successful sectors worldwide, a democratised use of solar and wind energy is already taking place. Indeed, the majority of the green electricity powering is being generated by small players in electricity cooperatives. In the TIR perspective, this democratisation will also apply to the Information and the Logistic & Transport sectors.

Angelo Consoli: Together they will constitute the Internet of Things. The Internet of Energy, the Internet of Information and the Internet of Logistics and Transport – with digital manufactoring, 3D printing and satellite driven clean vehicles – are now converging in an Internet of Things platform that, if properly planned, will create millions of Jobs for the next 40/50 years. This is the core of Digital Agenda as we explained it to President Juncker back in September. 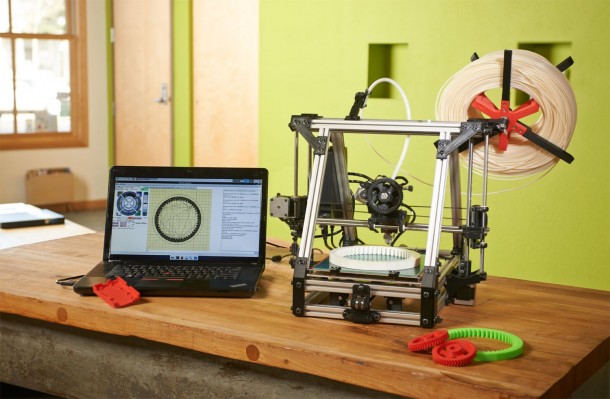 So the EU is at the forefront in developing plans for digitalisation. At the same time, it still provides funding for fossil fuels extraction and distribution activities. Lobbies, right?

A. C.: Yes. The fossil lobbies are still very very very powerful and manipolative in Brussels. But still less than in Washington, may I add.

Various stages are envisaged in TIR towards establishing the Energy Community: where are we at in Italy?

A. C.: Italy is struggling because it has a very fast forward civil and economic society, and a very backwards political leadership. Let’s look at renewable energies: while Germany has virtually no bureacreacy to install them, in Italy there are very heavy bureacratic procedures, taxation, and continuosly changing legal framework, while instead fossil fuels are heavily subsidized and put in fast lane with special urgent legislation. That is the opposite of what Europe recommends in its 2020 Strategy that I have contributed to draft and pass in 2007. Let’s take another example, waste policies: while Europe reccommends the three R policy (Reduction-Reuse-Recycle), and is now even planning a Circular Economy Directive, Italy is putting incinerators in fast lane. Again, the opposite of the European virtuous cycles.

Instead, in the French Nord Pas de Calais region TIR plans are already at an advanced stage. During a 4-day workshop in June 2013 with some 50 experts of the Jeremy Rifkin TIR scientific team and the local authorities, a work plan has been set up according to Rifkin’s TIR vision (renewable energies, hidrogen storage, positive energy buildings, smart grids, Zero Emission transports). That later became a TIR Master Plan presented in Lille in October 2013.

A C : the Master Plan foresees full decarbonization of the region by 2050, reducing energy intensity by 2/3 and covering the remaining part with distributed renewable energies. It also foresees a transition from a linear to a circular economy, from mechanical to digital manufacturing and original funding schemes that include crowdfunding and TIR special savings schemes. The secret fo this outstanding success is that the region has created a special unit that coordinates and leads all operations related to the social, economic and political transition to a post carbon TIR future.

The TIR implies a radical structural change in the world’s economy. How fossil fuel companies could adjust – and facilitate – this shifting? Is there a place for them in the new era?

A C : There will be place for all industries, in the TIR future. Telecommunications, utilities, logistics, constructions, services, culture. The only industry I can really not find a place for is the fossile industry.

Angelo Consoli is the European Director at The Office of Jeremy Rifkin and President of the Third Industrial Revolution European Society” CETRI-TIRES.