If it weren’t for the country’s vast oil and gas reserves, the last parliamentary elections in Azerbaijan would have gone unnoticed in Italy. This little former Soviet republic described in leaked diplomatic cables as being run as a feudal state in the Middle Ages, has just ‘re-elected’ President Ilham Aliyev with an overwhelming majority. The President’s party took 70 of the 125 seats in the National Assembly. Easy job, one could argue, given that opposition parties boycotted the vote after the umpteenth election campaign marked by severe crackdowns, with dozens of journalists, activists and political dissidents arrested. But this is no news at all.

The real news is that EU’s relations with Azerbaijan are stronger than ever. We are talking business, bien sûr. The plans for the Trans-Adriatic Pipeline (TAP) are at an advanced stage. The European Bank for Reconstruction and Development (BERS) has just provided a 500 billion dollar grant for the second stage of implementation. The pipeline should bring, by 2020, 10 billion cubic metres of Azeri gas across the Adriatic sea to the southern coasts of Puglia region in Italy, passing through Greece and Albania. The project, presented as a fundamental step in EU’s plans to create an alternative to its reliance on Russia, is coming under intense criticism in the Italian peninsula for its serious environmental impact and the lack of involvement of local municipalities. But the royal wedding between the Italian government and the country’s ruling dinasty has just been proclaimed with pomp and ceremony at the Universal Exposition hosted by the city of Milan.

“Italy”, pointed out President Aliyev, “is our number one partner. Our relations are excellent”. It is no coincidence that the Aliyev family decided to celebrate the National Day of Azerbaijan at the country’s Expo pavillon, nor that the last three Italian Prime Ministers have met Aliyev in person. Following the outbreak of the civil war in Lybia in 2011, Baku has become in fact the first Italy’s oil supplier. And the Land of Fire is intended to become the strategic partner in energy matters, with many respects paid to the hopes cherished in an energy independence based on clean energy. The pipeline would offer a direct transportation route opening up the Southern Gas corridor, a 3500-km long gas value chain stretching from the Caspian Sea to Europe. The present TAP shareholders are British Petroleum (20%), Azerbaijan’s state company SOCAR (20%), Statoil (Norway, 20%), Fluxys (Belgium, 19%), Enagás (Spain, 16%) and Axpo (Switzerland, ²5%). 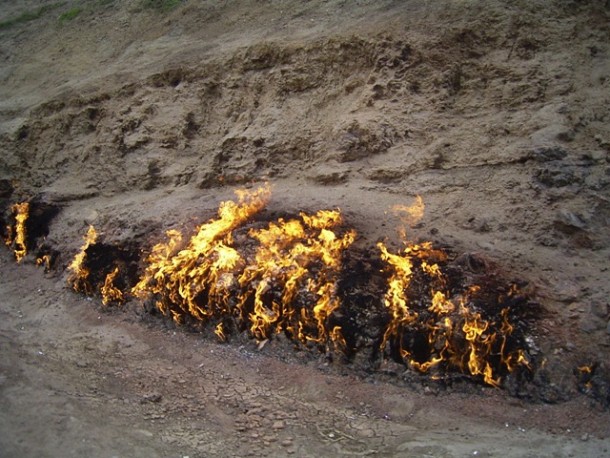 A bright future for EU-Azerbaijan relations

The Azeri regime undertakes significant efforts in lobbying activities in Brussels to build up its reputation as a “Western-looking, independent, secular state with a vibrant and diverse culture”.  The PR machine spends large sums of money in funding cultural events, paying trips for MEPs and organising political events at the European Parliament with the overall objective of fostering business opportunities in the country. For Aliyev’s feudal-like system, where endemic corruption is based on the highly concentrated ownership of resources deriving from oil and gas revenues, improving political and trade ties with the European Union is of paramount importance. And the results are there. Last year the country rejected the proposed association agreement with the EU because it did not contain sufficient assurance about the stance the EU would take on the Nagorno-Karabakh conflict. Indeed, one of the main objectives of TEAS PR efforts in Brussels is to establish themselves as a “credible platform for information with regard to the South Caucasus”.

Italian and foreign big dirty industry find a tireless, reliable ally in Italian prime minister Matteo Renzi. In spite of growing local opposition, Renzi has gone out of his way to accelerate the building of the final part of the gas corridor in Southern Puglia by slipping it in the so-called “Sblocca Italia” decree (“Unlock Italy”). Despite its name, the measure passed in September 2014 creates a big dangerous game where Italy’s energy future is locked in a nightmare made up of new drilling explorations available to oil companies all over the peninsula. 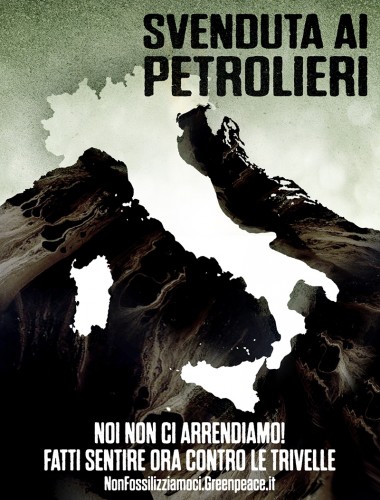 As for TAP, local community in Puglia is firmly taking action against these plans. The NO-TAP committee is active since February 2012. In summer 2014, TAP consortium’s attempts to fund local festivals and country fairs known as sagre were firmly rejected. Local authorities have been protesting against the lack of any involvement and now oppose its implementation by requesting a new environmental impact assessment evaluation. 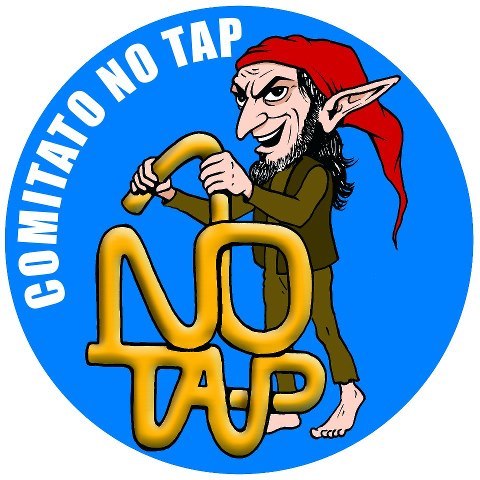 Numerous NO-TAP activities are taking place in several locations, and include information meetings and actions around the huge environmental threat inherent in the TAP initiative. The battle is fuelled by the invaluable efforts of dozens of environmental organisations and civil society groups, and enjoys heartfelt, long-term support from first country’s opposition party Movimento Cinque Stelle, that has been built up on Italy’s environmental battles over the last ten years or more. 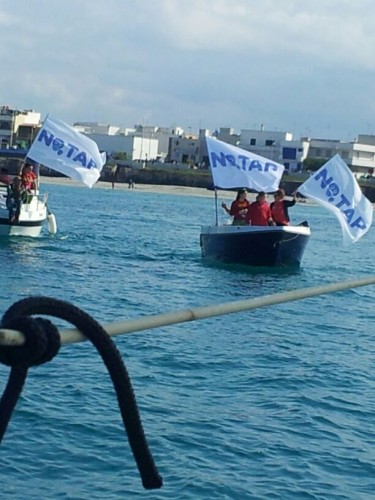 Despite well-funded propaganda promoted by the Swiss-based TAP AG consortium, the project in fact cannot be understood as an environmental-friendly initiative, nor as an opportunity for local development. It is conceived, instead, as being harmful for the local economy, fishing, agriculture and tourism and for its nefaste effects on biodiversity. This is just one of the many examples of imposed measures in a country where the role of local authorities in planning initiatives leaves much to be desidered. Participation on decisions around the country clean energy’s aspirations is seriously affected in this case by opaque dirty energy interests and a lack of political will in Rome. 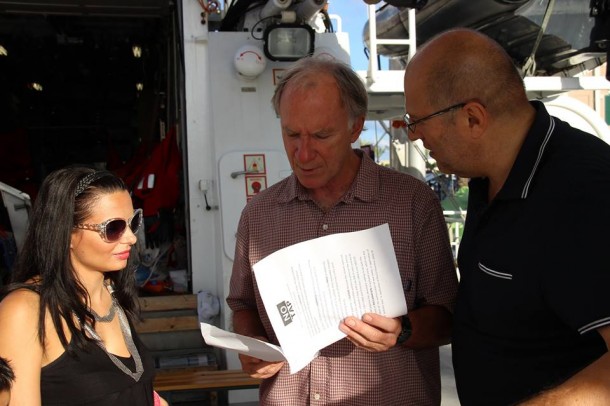