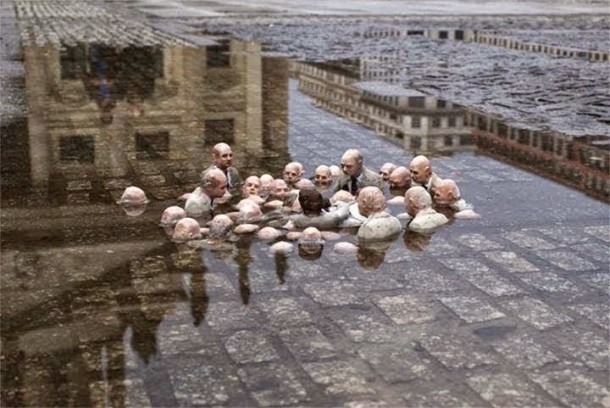 International Movements at COP21: We are the Nature Defending Itself

Last week the world’s governments agreed to cut greenhouse gas emissions in an international deal aiming at holding global warming to below 2 C°. The deal has been described as a success for diplomacies, and another missed opportunity by social movements asking for radical change.

As expected by many, the outcome of the Paris Climate Conference crosses multiple red lines: scientific red lines and also equity red lines, i.e. a fair share of the burdens between poor and rich countries. It does not adequately respond to the legitimate concerns of environmental and human rights activists worldwide, nor it is properly addressing the needs of those who are already living the negative effects of global warming.

The slogan for this event is “we are the nature defending itself”. World’s leaders are trapped in a world vision that doens’t allow them to actually see this interconnection; the deal is not enough to keep us safe – but we have a movement that is ready to fill the vacuum left by our leaders and to push them so hard to change the global dynamics.

What has been celebrated as a diplomatic success is already an obsolete deal, the low common denominator among countries in different stages of economic development, and different responsibilities for emissions, environmental ambitions and needs. A non-binding target is accompanied by the lack of quantified emission limitation and reduction commitments. No date was agreed on for switching away from liquid fossil fuels, and the formulation of this long-term objective opens the door to the widespread use of inappropriate techniques such as carbon capture and storage, carbon offsetting and geo-engineering.

There is not enough money on the table to pay for the impacts of climate change, and for poor countries who didn’t create this crisis to leapfrog over fossil fuels. There is no real commitment to ensure that the temperature rise will not exceed +2C°. In reality, the temperature rise will be of 3 to 4 degrees, wich is incompatible with any idea of organised civilised society.

So, what are we celebrating? The birth of a strong world movement, working hard for a different world. Millions of people around the world are already building an alternative with their daily choices of consumption and the common battles they join. If “economic growth” is still being referred to in the the final text is indicative of the fact that our politicians are unable to ensure the transition needed. As always, people’s choices  and actions are the key factor for change.

The French government decided to ban protests, marches and other outdoor activities during the Paris summit, exploiting a state of emergency to impose an unprecedented clamp-down on dissent. This hasn’t silenced activists. It has only reinforced citizen battles and increased awareness of their crucial role in ensuring the transition to new economy based on energy democracy and energy justice.

More movements compared to a few years ago are now able to work together and identify the source of problems: capitalism. Even if the nation states and corporations are working against this change, a growing multitude is ready to support change. This movement is already shuttering coal and nuclear plants, defeating pipelines, banning fracking, delaying trade agreements. Keep on being the change you want to see in the world!