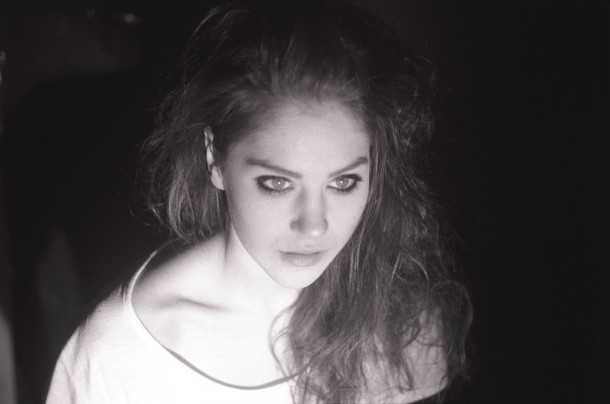 Charlotte Eriksson: The Art of Dedicating Yourself to Your Passion

Human souls are obsessed with the idea of living their passions. However, it becomes a sickening addiction, because they don’t dedicate themselves to it. People are always coming up with alternatives, if things don’t work out, but for Charlotte Eriksson the plan B is non-existent. Her determination is a real inspiration for those who are willing to pursue what they believe in.

Charlotte was barely entering adulthood. At the age of eighteen she decided to leave her home, Sweden. Her destination was London, that was the place, where she wished to pursue her dream to become a musician. ”Ever since the day I discovered music, I knew I wanted to spend my life creating that feeling of belonging that I got from it,” she said. That new place was a field of complete unsteadiness, she wanted to reach people she didn’t know, with her yet undefined art. However, she had a strong desire to create a life for herself, that she was proud of. ”Moving to a new country all by myself was the hardest thing I’d ever done, but it shaped me in every single way and I don’t regret anything about it,” Charlotte mentioned.

Her stay in London was definitely full of challenges, she had experienced living on the streets, because her determination didn’t let her to compromise with life. Her art was before anything else. However, she said that the greatest obstacle was that she needed to learn how to live with herself, because in a new town where you are completely alone with yourself – alone with your mind and thoughts – not being able to love yourself might also mean digging your own grave.

”So the first months were about creating myself.”

Charlotte defines herself as someone who is constantly recreating herself. Everything she does, she does in order to figure out herself, a way of living, the persons around her or just simply the answer for the question how to be happy. Also, she would like to be defined by, or associated with words like ”bold”, ”honest”, ”real” and ”authentic”.

Charlotte went to London to become a musician, and she now is on the path of turning her very existence into art, by dedicating herself to her passions. Besides of being a musician, she is also a writer. She is a story-teller. Thus, she has her own voice of writing, her own style through which she lets the ideas flow. She believes that someone’s own voice ” is something you always refine and work on, because if you truly live your life to the fullest and keep pushing yourself, both personally and artistically, you will find yourself a little changed every single day, because you grow and learn. So I hope that my style and voice has developed a little bit every night I go to sleep. But I think it’s all about being authentic to yourself.”

The process of creating is unique for every artist. For Charlotte it’s ”Messy, chaotic and a beautiful mess.” The process of creating often looks like something destructive, and it even hurts, ”writing a song or a poem, producing an album or publishing a book feels like an open heart surgery. But that’s the magic, because suddenly it’s all pieced back together and you have no idea how that messy storm could turn into something quite beautiful, and that makes everything worth it.”

She likes to find herself in another world, in a world that captures her spirit. Coffee, books, writing, meditating and other unconscious daily rituals are beautiful ways to put herself into another universe.

Despite the universes she creates with her art Charlotte has a great desire to make the best out of herself in this life and it is also her desire to inspire people.

”You can become exactly anything and anyone you would like to be, if you just want it bad enough. You can create a life for yourself that you are proud of, and makes you excited to just be alive another day. There are no limits for beautiful life can be, but it takes a lot of hard work and determination. So, the question is: how bad do you want it?”

To find out more about The Glass Child, visit her website!