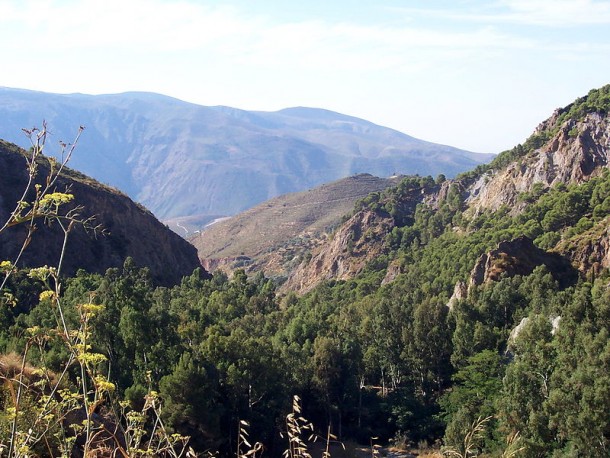 The Hidden Gem of Andalusia

Principally, Las Alpujarras in southern Andalusia  in southern Spain is a hidden gem. National Parks have a powerful, often sacred , grasp over the imaginations of local communities and peoples . The influence these regions hold over the collective psyche of the Spanish people is incalculable.

The Alpujarras National Park, which is primarily designed to protect native flora & fauna along with the ecological & cultural history of a region from exploitation, attack or destruction. Las Alpujarras has been lucky. There has been no mutilation of the region  which, in the wider Hispanic world is a blessing. Other areas of Latin America, for example, have not been so lucky. Guatemala’s National Parks are ravaged with extensive deforestation which has degraded the cultural output of the local community.

Significantly, Las Alpujarras may be known for its stunning vistas but its cultural achievements  are equal to and even surpass its craggy peaks and rolling hills. Its cultural importance has ensured its continual socio-cultural relevance and strength. 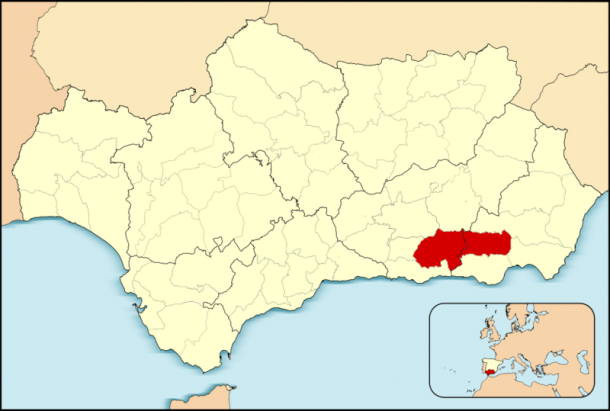 Historically, after the Reconquista, the reclamation of Iberia,  in 1492, the Moors began settling and cultivating this region. Their defeat to the Christian s was a blessing in disguise as it not only led to the creation of an Andalusian Garden of Eden  but influenced the development of Andalusian culture as a whole.

The Moors were also responsible for the growth of the Alpujarras Silk industry which at its height could boast silk to rival that of Egypt itself. Villages such as Juviles, Valor and Trévelez in the autonomous region of Granada were and are still renowned for their contributions to this lively trade.

We’ve mentioned Trévelez in passing but there is more to this village than meets the eye.  This small hamlet in central Andalusia is the origin of one of Spain’s, nay Europe’s most famous products. Cured or “serrano” ham. The cool conditions at 1,476 m above sea level mean it is the ideal place for the storing and preparation of this popular product. Not only is this product world-renowned, the global popularity has ensured a wider recognition of Trévelez & the surrounding pueblos.

Additionally, another cultural gem nestled in the southern flank of Las Alpujarras is the capital of the region, Órgiva. Whilst not reaching the same level of culinary fame, it is important to highlight the cultural significance of this 5000 strong town.

In lieu  of cultivating ham, instead, the town has developed a bohemian ambiance  which only adds a modern flavour to the well-established Andalusian vibe. For instance, the weekly market offers a plethora of New Age goods  such as charms, dream catchers and books alongside the lemons, olives, and oranges which make the region famous.

Moreover, a cultural facet which has exposed Órgiva to a wider audience is the presence of local celebrity Chris Stewart whose travel yarn Driving Over Lemons has revealed the layers of history and culture present in this National park. The ex-drummer from Genesis has called the region home for over 28 years. Importantly, he has only served to boost the reputation of the town and therefore the cultural reputation of this Andalusian paradise. 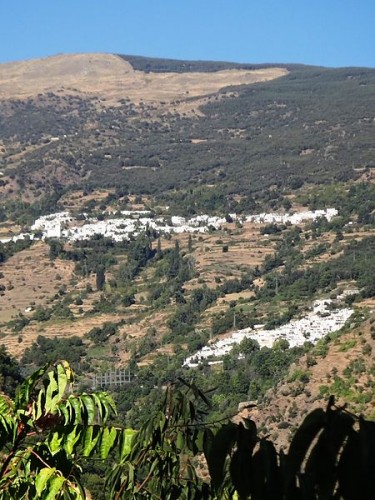 Ultimately, a National Park does leave a strong and vibrant imprint on the cultural consciousness of Spain. Having visited and lived in close proximity to Las Alpujarras, it is cleat that the region possesses a unique heritage and history. Therefore, this ensures that the region does not fall into cultural degradation. Indeed, the preservation of the Las Alpujarras is a preservation of the diverse cultural landscape of Spain & Andalusia. Not only are the silk, ham and lemons saved but our belief in the history & culture of our landscape is as well.