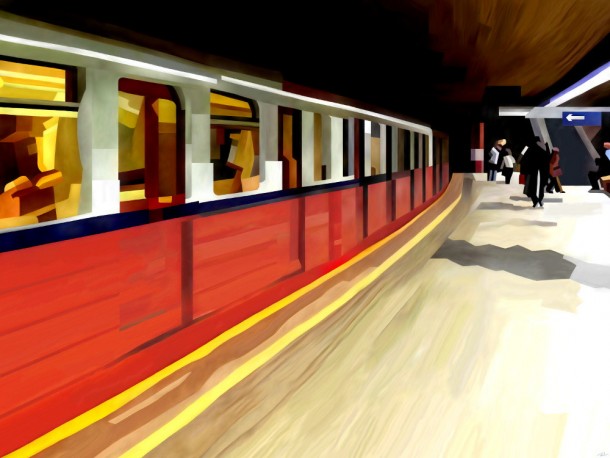 With the European countries being close together, international train travel around the continent is both popular and easy. As appealing as seeing multiple countries while abroad is, it is also important to explore the one you’re staying in. Here are five weekend getaways anyone staying in Madrid can easily take. 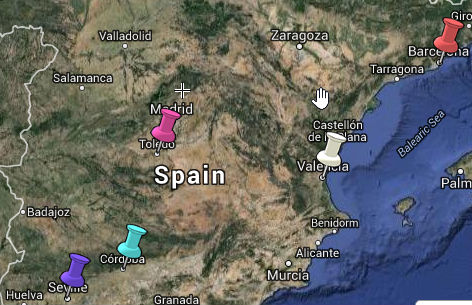 Only a quick train (33 minutes) ride from Madrid, Toledo is an easy option for exploring. Once in the medieval walls of the Imperial City, it is easy to become immersed in the vibrant cultures within.

In 1986 UNESCO declared the city a World Heritage Site because of the significant cultural and historical heritage. Christian, Muslim and Jewish cultures coexisted in this city until 1492.

Visitors can follow the winding cobblestone streets to find hidden gems in the city or visit sites such as the Toledo Cathedral, Santa Cruz museum, the Alcázar fort or the Mosque of Cristo de la Luz. Each of these sites reveal different aspects of the diverse city and visitors should have no problem finding things to do within the ancient walls.

Keep moving south for an hour and a half and you’ll hit Córdoba. Home of the Mezquita, a Roman temple and the Córdoba synagogue, the city is filled with life, culture and exploration. Go on a bike tour, explore the Jewish quarter, see the many flower-filled patios and take a tour of the Madinat Al-Zahra archaeological site. For a relaxed trip help you escape from the hustle-and-bustle of Madrid, Cordoba is waiting.

See flamenco dancers perform, the Sevilla Cathedral, the Torre Giralda or go for a walk in Maria Luisa Park. A large city with a population of 696,676 in 2014, according to the National Statistics Institute, Seville has options for everyone including nightlife, cuisine, cultural and historical exhibits—including Christopher Columbus’ tomb. With the train ride from Madrid being under three hours, Seville is a vacation suitable for a long weekend or for the fast-pace traveler.

Known for arts and science, Valencia is a quaint city in southeastern Spain. With the train ride being under two hours, it is a quick way to escape the landlocked city of Madrid.

See the City of Arts and Sciences (home to Europe’s biggest aquarium), lay on the beach all day or even visit for the Great Valencia Fair 2016 this month. The paella is mouth-watering and the “agua de Valencia” cocktail special to the city (champagne, orange juice, vodka and gin) is a delicious change. The city can be explored by car, tram, metro, bike or on foot.

Taking a stroll through the Barri del Carme neighborhood will put you in old Valencia, visit the Cathedral, the the Valencian History Museum or even the La Lonja de la Seda UNESCO landmark—the site of the ancient silk trade.

Hop on a train, head Northeast, and in under three hours you’ll be in Barcelona. The metropolis is filled with art, architecture, food and culture. It’s gothic roots blend with the whimsical architecture of Antoni Gaudí to produce a truly unique city. 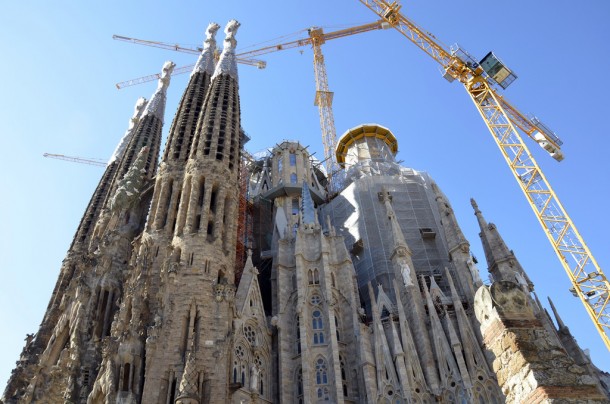 Explore the streets of Las Ramblas, pop into tiny tapas bars for a beer and jamón serrano, or see Gaudí’s designs including Sagrada Família, Casa Batlló apartments, Casa Milá and Park Güell. Visit the Picasso Museum, explore the flea markets, search the fisherman’s district by the port for delicious seafood (the best cod can be found in a closet-size bar there), climb Montjuïc and then end your day with a pub crawl through Barcelona’s nightclubs or drinking sangría under the street lights.

The laid-back city is perfect for anyone looking for a good time and some sun.