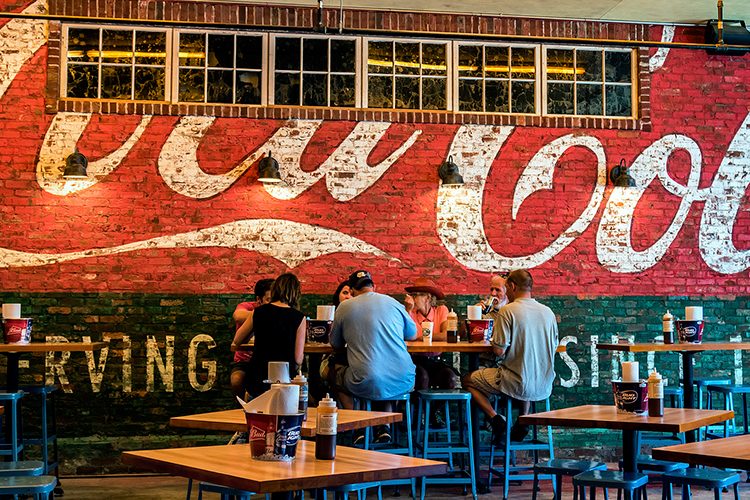 Following the immense rise of carbonated soda drinks since the 20th century, the US has gradually been faced with an obesity epidemic. The worryingly high sugar content of soda drinks has contributed to a large amount of Americans being overweight or obese. According to the 2009-2010 National Health and Nutrition Examination Survey, more than two-thirds of adults in the US are considered overweight or obese. More shockingly, the survey found that one-third of children and adolescents are considered overweight or obese, which has led to government intervention programs throughout the country to tackle the crisis.

Most nutritionists agree that the increase of fast food restaurants such as McDonald’s, Burger King, and Kentucky Fried Chicken, is the primary reason for the epidemic, as well as a severe lack of exercise in recent years. However, although beverages are rarely considered when discussing obesity, they contribute greatly to the issue. Before the mid-20th century, water was the primary drink, with soda being a relatively new concept.

Yet with the commercialisation of Coca-Cola and Pepsi in the latter half of the century, it quickly became the main beverage consumed by Americans. While filtered water contains little-to-no calories or sugar, a standard can of Coca-Cola contains 139 calories, and 35 grams of sugar. If an individual were to consume two cans of the beverage a day, they would have already consumed 80 percent of their daily sugar intake. The Clinical Pediatrics unit at the University of California warns that consuming too much sugar can lead to a damaged liver, metabolic dysfunction, heart problems, dementia, and type 2 diabetes. Therefore, it is clear that soda beverages have had a massive impact in the obesity epidemic. According to a recent study by the Beverage Marketing Corporation, drinking bottled water is now more popular than soda for Americans, but is it any better?

In recent years, fears for the safety of tap water in the US have arisen. The 2014 Flint water crisis, in which cost-cutting measures resulted in contaminated drinking water filled with lead, resulted in drastic fears over other parts of the country having unsafe drinking water. The fluoridation of water, added to prevent cavities, had already led to fears in the safety of tap water, and the Flint water crisis only fueled these fears. Issues such as these likely contributed to a large decrease in tap water consumption, and an increase in bottled water consumption.

However, environmentalists have warned that the plastic bottles pose a threat to human health, animals, and the environment. The bottles contain Bisphenol A, which has been proven to be a danger to human health. As the bottle tops are not yet recyclable, various land animals consume them, leading to stomach issues, and similarly marine life is largely threatened by the increased plastic in the oceans. Most significantly, the bottles are made from polyethylene terephthalate, a petroleum which requires large amounts of fossil fuels to produce, resulting in fears for the environment.

Additionally, bottled water is often not nutritionally beneficial. Fruit-flavoured water is usually flavoured artificially using sweeteners such as aspartame, which is associated with a long-standing cancer debate, in which many critics have claimed that the sweetener increases the risk of brain cancer and leukemia. However, flavoured drinks containing sugar are also not healthy. Volvic’s Touch of Fruit range of waters contains 23 grams of sugar per bottle, making it higher in sugar than many soda drinks.

Therefore, although the adoption of water bottles over soda drinks as a main method of consumption by Americans shows progress in the fight against obesity, the multiple issues regarding bottled water shows that more issues, both environmental and health related, will likely arise in the near future.