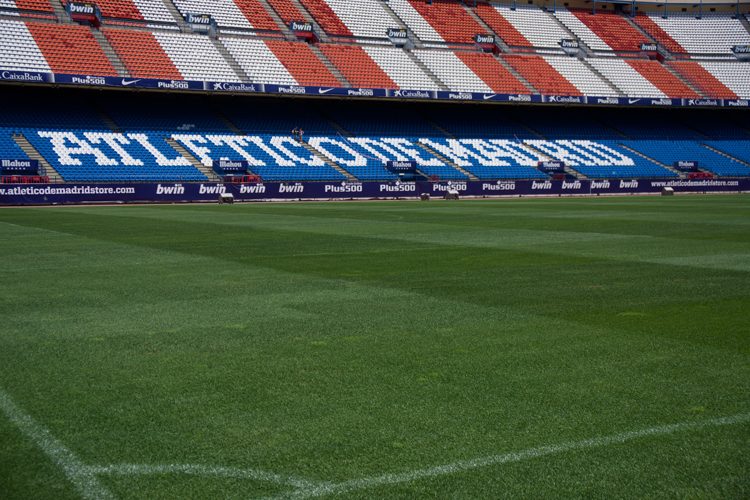 A view of Estadio Vincente Calderón from the corner | Marcus Navarro

Marcus NavarroSeptember 9, 2017
MADbudget: a local's guide to Madrid0 Comments 0
The following article is published in the #RGNNMadrid Magazine: Vol. III, Summer 2017, produced during ROOSTERGNN Academy’s Travel Journalism & Photography Internship Seminar in Madrid, Spain, under the editorial direction of RGNN Expert and Mentor Natalia Martín Cantero. Follow #RGNNMadrid for all of our Madrid coverage.

Fútbol is a sport that treasures its tradition.  Clubs around the world hold their history with love and pride; and fans live and die off their favorite club’s success.  Atlético de Madrid fans  are no different.  The red and white jerseys can be found throughout the city, although not as popular as crosstown rivals, Real Madrid.  The mood in a bar during a game is tangible; each goal scored is celebrated like the liberation of France and each goal conceded is met with equal disappointment.  Much like a fans happiness during a game, the club’s history has been a rollercoaster of successes and disappointments. 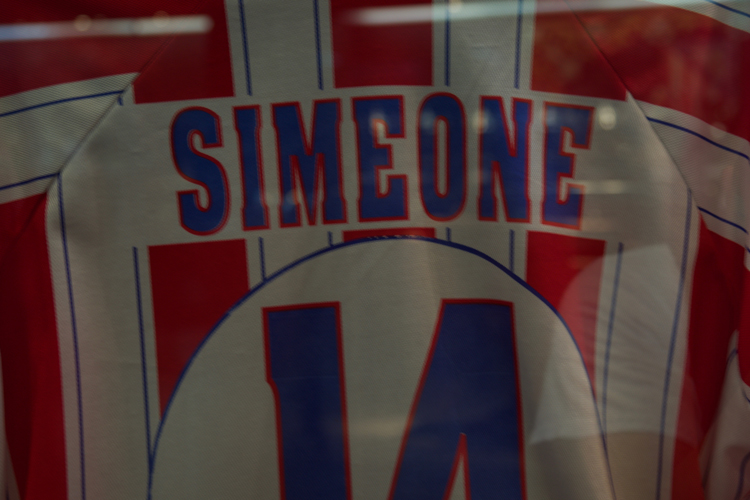 Most fans of the Rojiblancos would probably tell you that the greatest moment in the club’s history was winning the double in the 1995-1996 season.  The team, led by head coach Radomir Antíc, top-scorer Lyuboslav Penev, and, at the time, midfielder, Diego Simeone, were able to fend off competition in La Liga, as well as lift the Copa Del Rey at the end of the season.

In the league, they scored a respectable 75 goals, led by Penev’s 16.  However, the secret behind their success was the defense.  Atlético’s defense allowed only 32 goals in 42 games, the only other club to concede less than 40 goals all season was Espanyol with 36.  The defense was anchored by goalie José Francisco Molina, who was awarded the Ricardo Zamora Trophy for the best goaltender.

In the Copa del Rey, Atlético reached the final after a 6-5 aggregate win over Valencia, the runners-up in La Liga.  The goals proved to be harder to come by in the final against Barcelona as the Rojiblancos squeaked a 1-0 victory with an extra-time goal by Serbian Milinko Pantic.  The fans celebrated the club’s ninth Copa del Rey victory, as well as their ninth La Liga trophy.  And to make things a little sweeter, rivals Real Madrid were unable to place in the top five in the league. 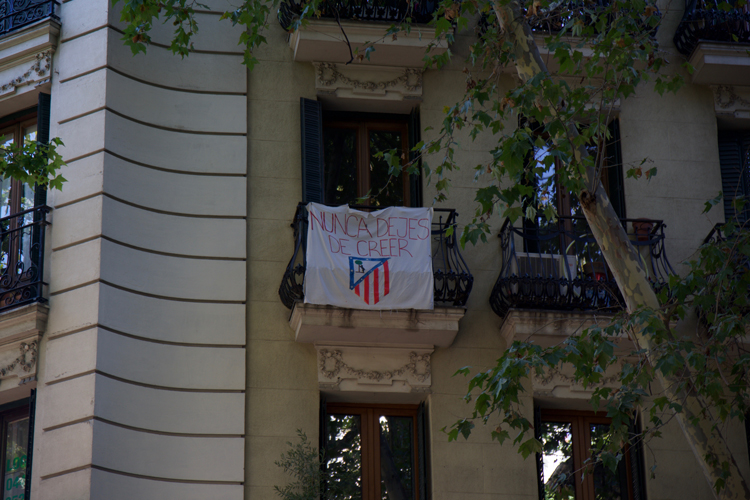 Unfortunately, the success did not last as the club was relegated just four years later.  Carlos Bayón, a supporter of the club for over 15 years, describes this as the worst moment in the club’s history.  Atlético finished with the second worst record in the league, losing nearly half of their matches.  The team conceded 16 more goals than they scored and Antic, the manager who took them to such great heights just a few seasons ago, was fired.

After failing to get promotion back into Spain’s top tier in 2001, the club hired former player and coach, Luis Aragonés for his fourth and final term as Atlético Madrid’s head coach.  Aragonés is Atlético de Madrid’s top goal scorer in their history with 173 goals according www.speeli.com, and under his command, the team were promoted back to La Liga.  Atlético placed first in the Segunda División and Arrgonés remained in charge for another season.  According to www.independent.co.uk, he is Atlético’s most successful manager.  He is many supporters’ favorite club figure, including Carlos Bayon.  “Luis Aragonés: he was [a] player, trainer, and ‘a Leyend’ in the club’s history,” he said.

In 2010 and 2012, Atlético Madrid won their first and second UEFA Europa League trophies.  However, their most recent success was in 2014.  They lifted the La Liga trophy in familiar fashion.

Much like in 1996, the team was safe in goal with another Ricardo Zamora Trophy winning goalie in Thibaut Courtois.  In front of him were veteran defenders in Diego Godín, Filipe Luis, and Juanfran.  The midfield, captained by Gabi had capable play makers in Arda Turan and Koke.  The fierce target man, Diego Costa, led the charge with 27 goals in La Liga.

Although their 77 goals scored were nothing compared to the 100 and 104 that Barcelona and Real Madrid scored respectively, their 26 goals allowed were unmatched.  They edged out their rivals by only three points and celebrated a La Liga trophy for the first time in nearly two decades.

There have been many great and frustrating moments at Estadio Vicente Calderón.  Last spring there was a sad moment in the beloved home next to the Manzanares River.  The team and their fans said good bye to the stadium, named after a beloved former team president.

In their final game last spring, the fans celebrated their stadium with one last victory and players from the past joined to commemorate the event.  Travelling fútbol fan, Karl Schlaich was at that game and said, “it was quite a celebration and because it was the last game in the stadium, the crowd was on fire.”

The team moves to their new home this season, at the Wanda Metropolitano, and with it, a new chapter in Atlético de Madrid’s great history begins.