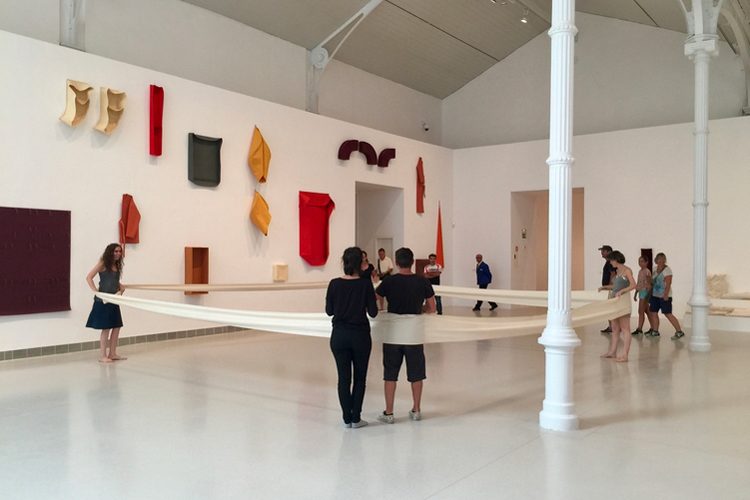 Finding Yourself in Art: The Minimalist Work of Franz Erhard Walther

Rachel JonesSeptember 8, 2017
MADbudget: a local's guide to Madrid0 Comments 0
The following article is published in the #RGNNMadrid Magazine: Vol. III, Summer 2017, produced during ROOSTERGNN Academy’s Travel Journalism & Photography Internship Seminar in Madrid, Spain, under the editorial direction of RGNN Expert and Mentor Natalia Martín Cantero. Follow #RGNNMadrid for all of our Madrid coverage.

People find themselves literally interacting with the art they consume at A Place for the Body. The exhibit is part of the Museo Nacional Centro de Arte Reina Sofía taking place at the Palacio de Velázquez in Buen Retiro Park.

A Place for the Body hosts the minimalist work of German multi-disciplinary conceptual and process artist and sculptor Franz Erhard Walther. The first of its kind in Spain, the exhibit features diverse works of art from Walther patrons must fully immerse themselves in.

I decided to attend the exhibit while conversing with Anna Vettorello, a cultural mediator for the Museo Nacional Centro de Arte Reina Sofía. I was at the museum and asked about her favorite exhibit. She suggested A Place for the Body for its involvement with minimalist language, body, space, and time, and for having viewers take part in the art they’re consuming.

“The public has to participate,” she said. “Taking part in Walther’s work is crucial to achieve the full experience. 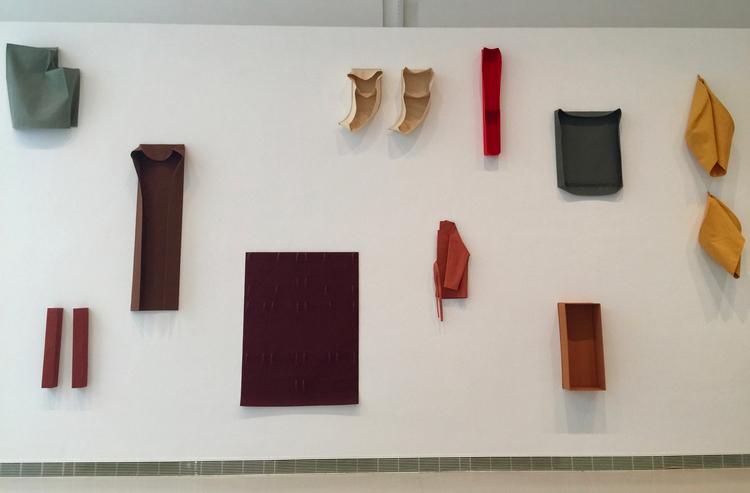 While at the exhibit, I was instantly drawn in by the bright colors and the openness of the museum. Although Walther featured much of his work, I was impressed at the amount of space used, how he made it part of his work, and how there was still so much room to move around.

Vibrantly colored cloths also lay on the ground along with beige tarps guests can climb into and move around in. Some guests embrace this opportunity and dance, jump, twirl and walk around encased inside the tarps for all to see. The amount of space inside the Palacio de Velázquez allows attendees a truly immersive experience of the exhibit.

Centered on the themes of action and language, Walther’s works are places for the body. Though Walther already sees the body as a sculpture, both artist and patron can fully immerse themselves and constantly reinterpret what the art means for them. This represents action, or what Walther calls “activations.”

“He was one of the first artists who put people in art,” she said. “He put people inside art in an original way.”

He also utilized these “activations” by framing textiles through the actions they may appear. Whether these textiles hang upon walls or lay beneath the feet of those examining them, their minimalist shapes and complex colors are filled with character and imply moments of presentation. Walther said his inspiration for his textile pieces stemmed from 1960s Brazil through the works of Helio Oiticcica’s Parangoles, the constructivist work of Lygia Clark and Lygia Pape’s Divisor. 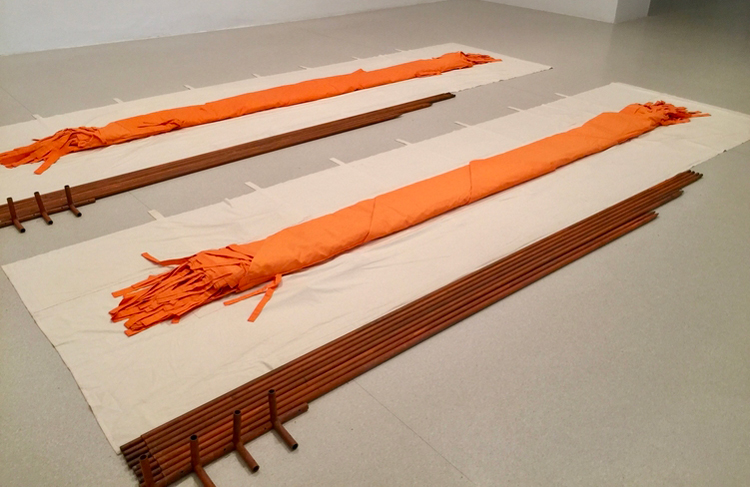 Through this, Walther said the textiles ultimately become “a set of conditions rather than a finite object.”

Walther also utilizes language to redefine art. Inspired by Mallarmé, Walther uses typography in picture and structural form, in what he calls “concrete poetry.” This combines the history of typography, Walther’s Wortbider (Word Pictures) series and sculptural alphabets attendees can interact with directly along with the ample space provided.

Mato said Walther’s art is interesting because of his use of space. She said he is very conscious of it, but many people don’t understand why.

“It’s hard to get,” she said. Mato said this is because Walther’s art makes viewers compete with their bodies and minds, and requires them to really think about what they’re looking at. 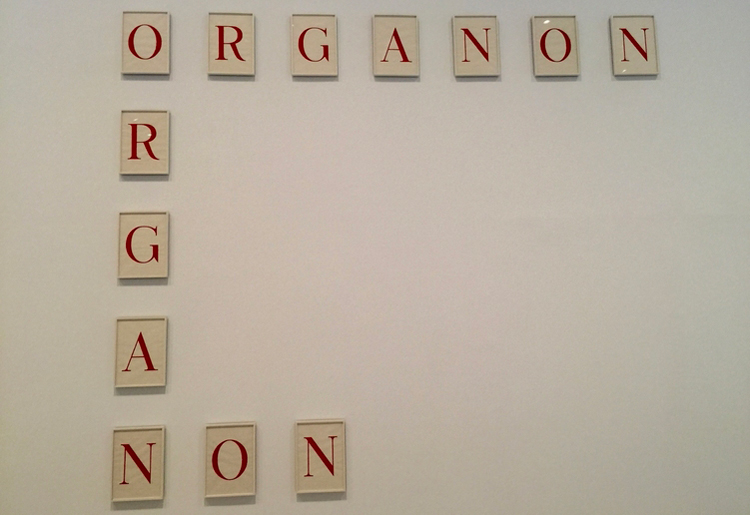 “You have to put your body in the works of art,” she said. In this regard, Mato referred to Walther’s work with canvas and his silhouette drawings because of how they make viewers put their minds to work.

Despite the difficulty some people find, Vettorello said the exhibit will help attendees better understand minimalist art and come away with knowledge of minimalism, body, space and time.

She said his work with canvas is most intriguing because it also allows people to take part in the action and movement of the work, and to also be conscious of the space being used.

Location: Franz Erhard Walther’s A Place for the Body is in Palacio de Velázquez.

Dates & Hours: The exhibit is open Thursday-Saturday from 6:00 PM-9:00 PM until Saturday, September 9. On this day, an encounter with Franz Erhard Walther will take place in the form of a panel with curators Elena Fillipovic, Christian Rattemeyer and João Fernandes addressing Walther’s work from different perspectives. The encounter will also feature Walther himself performing a series of activations.

Admission Fees: There is no cost to attend this exhibit.