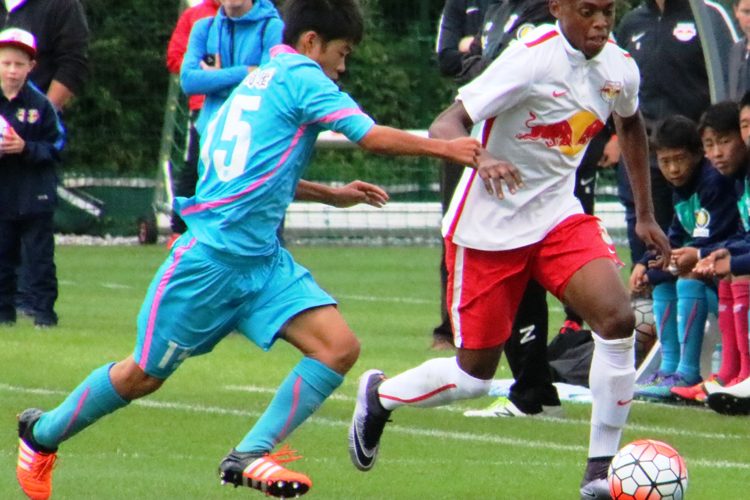 The Soccer Business with Children 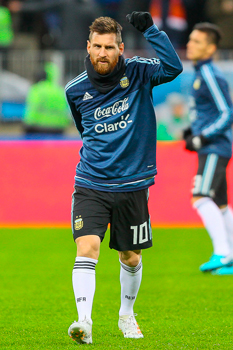 Every season, scouts and club officials look for the youngest and most talented players in the world. Especially clubs such as RB Leipzig, who are known for searching out for these types of athletes. Even top clubs like Barcelona and Manchester United trying to find the new Lionel Messi or Cristiano Ronaldo. But what happens with those players who can’t reach their potential?

Many football fans around the world have heard about the tale of a small Argentinian wonder kid who joined the FC Barcelona at 13 years of age. He was only 144 cm tall, Barcelona took care of his growth disturbance, offering the family to pay for an expensive hormone therapy. Without a doubt, he grew to become one of the best football players in history, breaking many club, national and international records. His name – Lionel Messi.

Its stories like these, which force football teams like Real Madrid, Manchester United and Bayern Munich to find the most talented players around the world and to endow them with lucrative contracts and often work for their families, like in the case of Lionel Messi.

Stories of success and failure

In the business of “child trafficking”, the world of football is filled with stories of joy and misery. A dominant example of a success story is most certainly the story of Paul Pogba. The French midfielder has witnessed both joy and misery throughout his career. 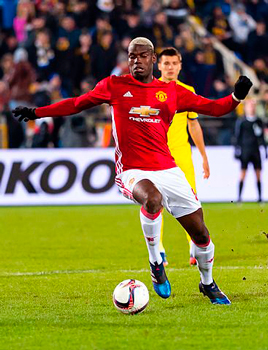 At only 16 years of age, he joined the Red Devils U18 (Manchester United), after playing for Le Havre´s U19 for two years. Staying at Manchester for three years, Pogba joined the pro team after successfully playing for the U23s. However, just two months after joining Manchester United’s main squad, he got transferred to Juventus Turin, being marked as a failure.

The Frenchman, learned from his mistakes and rose to become one of the best midfielders in the world and transferred back to Manchester United after playing in Italy for four years, raising his market value to 70 million euros at that time, and costing Manchester over 100 million to buy him back from Turin.

Nonetheless, there have also been many failures looking back into the recent history. A well-known example is the Peruvian Pierre Larrauri Corroy who joined the most successful team, FC Bayern Munich in 2007, being only 13. The now 23-year-old midfielder was never able to adapt to the new environment, being incapable of fulfilling his whole potential. This can become a traumatising experience, as children are often promised a fulfilling future by their new Clubs. Larrauri was forced to go back to Lima not even one year later as Bayern terminated the contract with the 13-year-old.

Today, Larrauri is playing for Municipal back in Peru with a current market value of 400 thousand euros which is nothing in comparison to most famous footballers. This is not the only case, many footballers who can’t reach their full potential are loaned away or sold for a minor transfer fee. Just like the German Amin Younes who was sold to Ajax Amsterdam from Borussia Gladbach for 2 million euros and currently reached a market value over 6 million euros.

Nowadays, the business of youth players is booming like never before. More and more Clubs try to find more young players to shape them and turn these kids into football stars, promising them a bright future.

A recent example of such players is the Japanese Takefusa Kubo.

Playing for the Kawasaki Frontale Youth, Takefusa Kubo was found in Yokohama by the FC Barcelona. In a scouting report prepared by Oscar Hernandez, the ex-scout stated: “He dominates both legs and dribbling is his best virtue…tactically very disciplined and supportive of the team.”

Being invited to join the FC Barcelona academy in Fukuoka, Kubo and his parents accepted the offer. After playing at the academy in Fukuoka for three years, Takefusa transferred to the FC Barcelona in January 2011 despite being only 11 years old. As a result of being ineligible to play for FC Barcelona due to the FIFA´s international transfer policies, which states that a footballer has to be 18 when moving to a club inside another country. Takefusa Kubo left Barcelona and signed for the Youth of the FC Tokyo.

This year Kubo signed his first professional contract for the FC Tokyo, whilst only being 16 years of age, having a current market value of 300 thousand euros.

Even today, many European top clubs including FC Barcelona and Paris Saint-Germain still wish to sign the Japanese talent.

The impact of money and market values

Just recently, football teams in Europe have started to sign under aged players for record breaking new grounds in transfer fees. Pietro Pellegri is one of these players. The 16-year-old former Genoa player signed this January a contract with the Ligue 1 Champion AS Monaco for a record-breaking transfer fee of 21 million euros. The Italian centre forward currently holds a market value of 8 million euros.

Even last year’s second placed RB Leipzig planned on signing the Portuguese Umaro Embalo (born in 2001), for controversial 15 million euros. The transfer however, disintegrated after club and agent of Embalo were incapable of working out a contract. In the meantime, Leipzig found a new object of desire. Another 16-year-old, going by the name of Willem Geubbels. The left midfielder is speculated to sign for Leipzig for around 15 million euros. Whether this will be the case is still unsure.

What the future holds for us

For sure, the publicised business of “child trafficking” or scouting as it is normally referred to, holds a lot of surprises. After all it is safe to say that with rising market values and transfer fees, it will become further expensive to buy new super talents. In the meantime, football clubs will continuously try and find a way around the FIFA rules and regulations, to be able to gain advantage over other clubs.