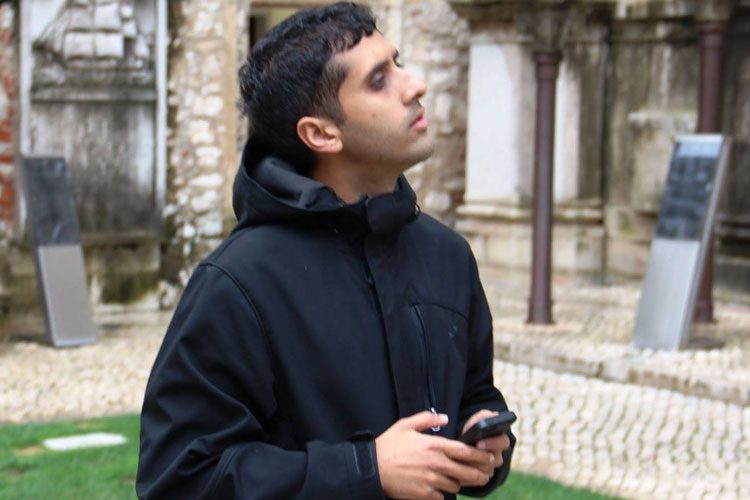 I first crossed paths with Kiran Bhat back in 2014. I was backpacking through Turkey, and he had already been living in Istanbul for less than a year. I was immediately struck by his writer-traveler lifestyle and his dedication to understanding a new culture and its roots. It didn’t take me long to realise how travel had quickly become a crucial part of his life. Soon after finishing his undergrad from NYU (Global Politics & Literary History), and studying aboard in Madrid at Universidad Autónoma de Madrid, he moved to Cuzco, Peru. Followed by stints in Florianópolis, Santa Catarina, Tokyo, Japan, Malindi, Kenya, Istanbul, Turkey, Yogyakarta, Indonesia, Shanghai, China, and Moscow, Russia.

Since then, I’ve tried my best to keep up with him on his travels. Recently, I got the opportunity to talk to him more about his lifestyle, work and his unique journey as a ‘digital nomad.’

How many countries have you visited so far?

At the moment, I have been to about 124 countries. Of those countries, I would say that I know the following a little better: USA (where I spent about 20 years, most of my childhood, adolescent formation, and university), India (my mother land, in which I am in my third year, visiting off and on since I was a little boy), Spain (I studied in Madrid for one year), Turkey (I fell in love with Istanbul and lived there for a little less than a year), China (I taught and worked there for a little less than a year), and then Portugal, Kenya, Japan, Indonesia, and Russia (about a half year each).

What are some of the common misconceptions people tend to have when you tell them “you’re a writer & traveler”? 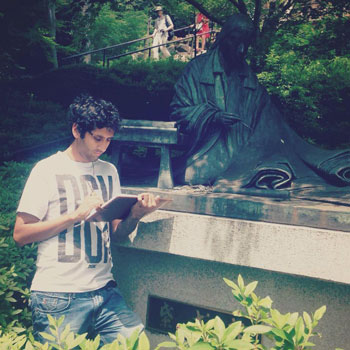 I believe that a lot of people who are travellers have their lives stereotyped as meaningless and lacking in purpose, to which I completely disagree. I live my life with a purpose. Whatever wisdom I pick up along the road makes me a perceptive writer, and I am interested in capturing the aesthetics of what it means to be a thinker and creator in an era with the potential to end national borders. For me, it is important to live and learn from all the cultures on the planet, so I can best represent them in my works.

What is the thought process that goes into deciding where you will be traveling next?

Before, it was the emotion that came with coming to a place and feeling the strong sense that I loved it, that this was meant to be a home for me. I had that feeling with Cuzco, Malindi, and Istanbul quite strongly, for example. These days, it is coupled with that love of a place with the need to learn a language and observe a certain kind of culture from a certain part of the world.

How was 2017 for you? Can you describe your work and travel over the last year?

2017 was the year I finished ‘We, of the forsaken world…’a novel which, despite not being autobiographical about me, was the impetus that motivated me to travel. In terms of groundwork, I was finishing up a semester teaching English at a college in Shanghai. From July, I was living in Russia, where I freelanced as an English teacher. I didn’t travel much internationally, but I traveled a lot in the countryside of both countries.

How do you support yourself living in a different country every six months or so?

I usually work as an English teacher for virtual companies. For several years, I worked for a Latin American company called Open English. I also worked for a Spanish company, where I would connect with various companies based all over the world and teach their employees. I now work for a German company called Tandem doing something similar.

What are you currently working on and how does staying in Mumbai (your current home) influence you’re writing? 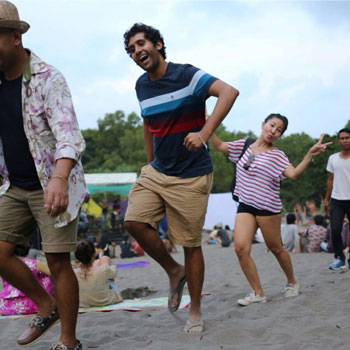 I don’t want to say much about my new novel, other than that it is a ginormous undertaking that will be taking place in about 365 regions of the planet. My goal is to finish a draft in the next two years. Mumbai as a city is one of my favourites in the world. It is the only city in India where one doesn’t have to sacrifice one’s cosmopolitanism to live as an Indian and comfortably.

You often tend to stay away from home. Why is that?

Since I have studied aboard in Spain(from late 2010 to 2011), I find it very difficult to identify myself with the place where I was born and raised. I have been since adolescence a person very different from the people I was around, partly due to my immigrant background, partly due to being quite an eccentric person. Much like my parents, who left India for the sake of a life of opportunity in the USA, and who no longer feel like India represents them or is their home, I don’t feel that, since I have been away, the USA truly represents me. It has formed me; it has made me the person I am, but it is no longer home. This is a fact about me that few are able to understand, but for me, I simply don’t feel the need to live in the USA anymore.

Is it a misconception that being a writer is a lonely aspiration that requires you to toil endlessly in a room all by yourself?

I think that regardless of the kind of writer you aspire to be, in order to write about a place and time, you need to have some distance from it and traveling is the most succinct way to create it. The eyes of the outsider are powerful because they belong to no-one but your own. If all of the other flies are so seduced by the jar of honey, they sustain themselves on any day; it has value to hover to the sugar of the flowers, even if you ultimately feel that you are meant to return home.

What advice would you give someone considering a lifestyle such as yours?

I think anyone who is going to live this life is going to do so by his or her volition. Travel if you find it useful for you, occupy your time with other things otherwise. What matters is that we learn to encourage a curiosity about our planet and the ways our human lives are interconnected and shared amongst us all, and at times, traveling may facilitate that. But I have conversely met people who have never stepped out of their hometown who can be at times more open than people who supposedly have been living abroad for years. To be a global citizen is a mentality and not a lifestyle, and so I would support people who want to live with their minds open, nothing more and nothing less.